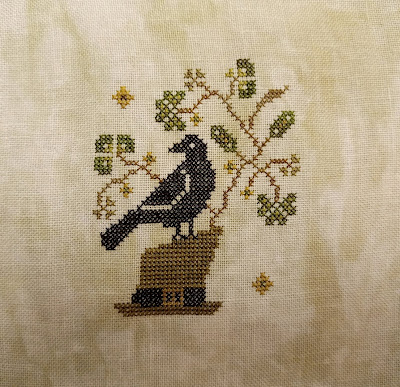 It's been a great month for stitching as the weather turned much cooler in our neck of the woods which led to more time spent indoors. I aim to get out and walk daily but as the month progressed we started to get more snowfall. I won't walk outdoors until the plows have got the streets cleaned up and even then I'm very careful because of ice. After all I've known of two friends who recently fell and broke limbs, one an ankle and the other her arm. So I've stayed put more often, looking for other means of keeping active but also stitching more often.

Consequently I managed two small finishes for this month and made some significant progress on some of my larger finishes which I'll show in a later post.

My first finish was in keeping with Valentine's Day. This is a freebie chart which was offered by Hands On Designs. 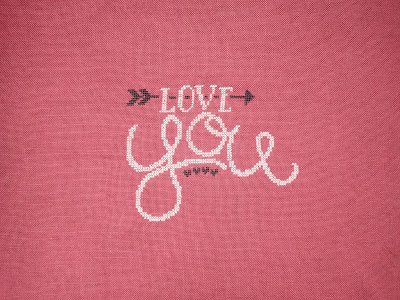 This was a very quick stitch for which I chose some lovely Dixie Sampler Hand Dyed Fabric called Cranberry Crunch. Final finishing should have been done but I was having too much fun doing actual stitching and immediately moved on to my second small.

The second stitching finish is one I did to add to my St. Patrick's Day bowl fillers. Threadwork Primitives Lucky Crow was a super fun stitch and this week I'll be hunting through my stash for some co-ordinating fabric and trim.

Love the leprechaun hat!!
I'm not sure what direction my stitching will take me in next month. Spring, maybe? That's only if we get rid of some of the snow around here though. I'm still not feeling spring yet. Looking forward to seeing what has inspired everyone else. See you next month!
Source: kearnelskorner