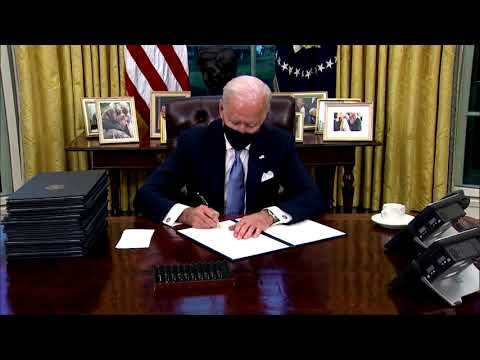 A federal judge in Texas has indefinitely blocked President Biden’s efforts to impose a 100-day ban on deportations for illegal immigrants.

Biden proposed a freeze on deportations for all illegal aliens during his first 100 days in office during his campaign.

“In the first 100 days of my administration, no one, no one will be deported at all,” the Democrat said. “From that point on, the only deportations that will take place is convictions of felonies in the United States of America.”

The administration followed up his promise with a memorandum from the Department of Homeland Security (DHS) three days into Biden’s presidency.

The memorandum calls for “a review of policies and practices concerning immigration enforcement” and “sets interim policies during the course of that review, including a 100-day pause on certain removals.”

RELATED: Biden: Criminal Illegal Aliens Will Be Safe From Deportation In First 100 Days Of My Presidency

Tipton’s ruling is viewed as a victory for Texas Attorney General Ken Paxton, who filed a lawsuit against the federal government over the 100-day pause on deportations.

But it doesn’t exclusively apply to Texas.

“This preliminary injunction is granted on a nationwide basis and prohibits enforcement and implementation of the [100-day pause] in every place Defendants have jurisdiction to enforce and implement the January 20 Memorandum,” Tipton wrote in his ruling.

A federal judge in Texas extends a nationwide ruling preventing the Biden administration from halting deportation of undocumented immigrants https://t.co/Ku3sasyuYf

Tipton had issued a two-week restraining order on the policy in January after Paxton argued DHS had to consult with Texas before such a moratorium could be executed.

Tipton is an appointee of former President Donald Trump.

Last month, a Honduran migrant traveling in a caravan of thousands to the United States said he was making the journey because President Biden “is going to help all of us.”

The migrant, interviewed by The Hill, used some of Biden’s own language to explain why he was making the journey to the southern border of the United States.

“He’s gonna help all of us,” he declared, referencing Biden. “He’s giving us 100 days to get to the U.S.’ to get legal status and ‘get a better life for our kids and family.”

Honduran migrant: President-elect Biden is “going to help all of us.” pic.twitter.com/LkrVCsXcSb

Senator Lindsey Graham has recently cautioned that Biden’s immigration policies will lead to the border being overrun by other caravans.

The Biden Administration has apparently decided to stop construction and plugging this hole in the wall.

I’m going to make sure the Department of Homeland Security tells us why. pic.twitter.com/umNlhWuEjm

“These combinations of policies by the Biden administration will lead to caravan after caravan,” Graham (R-SC) added.

“By June of this year, if the Biden administration continues to dismantle the wall and change the Trump policies of asylum, we will have one million people hit the border.”

Tipton did not block enforcement of the entire DHS memo.