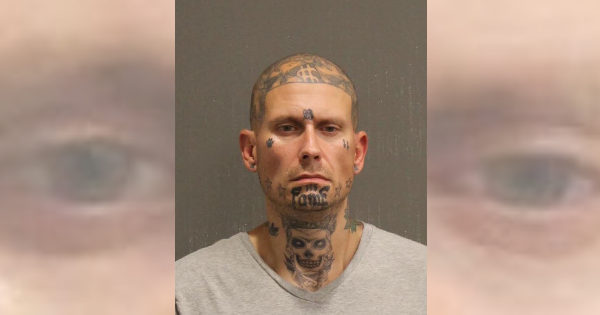 Felon steals roommate’s laptop after being kicked out; burglarizes cars outside his motel room

37-year-old Timothy Mcmanama was charged with aggravated burglary and possession of methamphetamine and marijuana after admitting the powder in his pocket was meth when police searched his person.

On October 23rd, Metro Nashville Police officers responded to 5000 Mountain Springs Road, Apartment 1906, in reference to a report of stolen property. They made contact with William Byrd, who stated his ex-roommate, Timothy Mcmanama, was at the apartment to gather some of his belongings. Surveillance footage shows Mcmanama leaving, and Bryd locking the door as he left.

Byrd stated when he returned home later, some of his property was missing. He reviewed his video footage to find Mcmanama let himself back in with a spare key one hour after he originally left. The camera showed Mcamanama walked straight into Byrd’s bedroom and take his shoes, watches, and laptop. Byrd claimed the items stolen were valued at about $7,680.

On November 9th, Metro Nashville Police officers were dispatched to Alexis Inn and Suites, located at 600 Ermac Drive. Officers made contact with the hotel staff who reported there were multiple guests that complained about Timothy Mcmanama from Room 412. The guests stated he was walking around the parking lot trying to open car doors. Officers discovered that Mcmanama had an active warrant for aggravated burglary when they searched for him in their system. A search of Mcmanama’s person yielded marijuana and a small bag filled with a white powdered substance he later admitted was methamphetamine.

Timothy Mcmanama was arrested and charged with aggravated burglary, possession of methamphetamine, and possession of marijuana. He is currently jailed in lieu of a $13,000 bond.

Felon steals roommate’s laptop after being kicked out; burglarizes cars outside his motel room