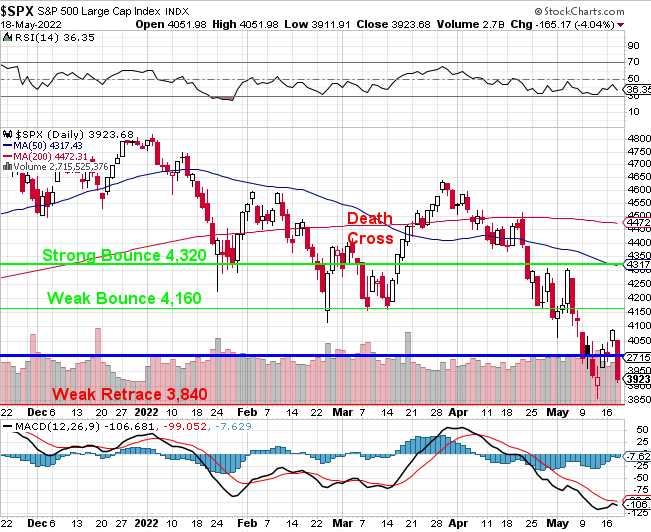 We're happy because we are in CASH!!!

We've had all of our Member Portfolios mainly in CASH!!! all year long, WAITING for this correction and it's finally here.  All we have to do now is make sure this is only an overshoot of the 4,000 line on the S&P 500 and not a consolidation move on the way to 3,680 at which point we would have to consider that we over-estimated the mid-range of the S&P 500 at 4,000.  That was our estimate for this year from last fall and it is possible we have 20% swings down to 3,200 (where 3,600 would become the midpoint) but we thought 3,680 would be the bottom – though that was a pre-war estimate.

That's what we THOUGHT was going to happen but now let's clear our minds and look at what is ACTUALLY happening (see my almost Nobel Prize-Winning "Microwave Oven Theory of Behavior").  Yesterday, the market was SHOCKED that Retailers are having trouble passing price increases along to Consumers.  This is squeezing their margins.  Newsflash:  The Gas Stations, Restaurants and Utility Companies got to them first – they don't have anything left to give!

Once again, our last two years' Economy was 25% STIMULUS – it was not real.  About $4,000 each year went to our beloved consumers and that is about 6.66% of the average family's total pre-tax income and about 10% of their after-tax money.  That's gone and inflation has eaten another 10% so Consumers are reeling from shock. 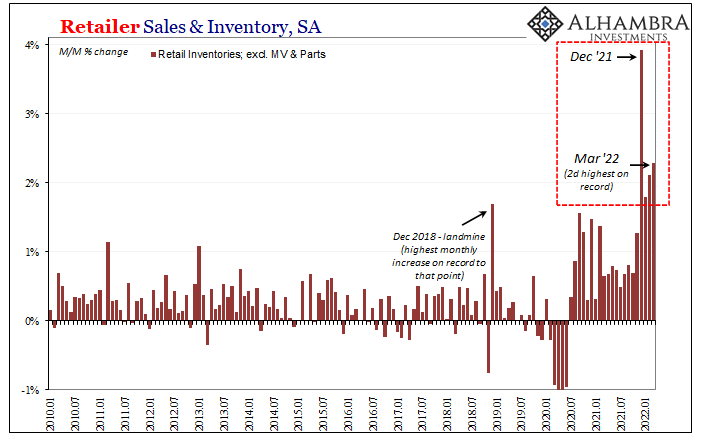 There's also an inventory issue.  Last year, people were buying things for their yards and living rooms and this year there's not enough luggage and bathing suits to meet demand as people head out for their first vacations in over two years.  Consumer demand doesn't usually flip that fas and big box retailers are used to seeing trends and ordering inventorie over YEARS of change – not months.

They are facicing very high shipping costs, rising labor costs, rising fuel costs to heat or cool thier huge stores, higher interest on carried inventory, etc. and they haven't been able to pass those costs along – yet.  Also, the mix they have is wrong because, in inflationary times,…