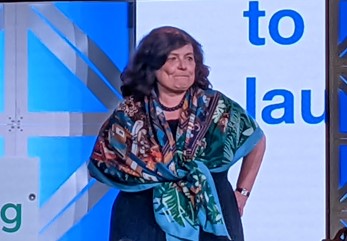 Finovate Spring 2022: Starling CEO Anne Boden on what big banks can do better

Starling Bank CEO Anne Boden took to the stage on the opening day of the Finovate Spring conference to deliver her thoughts on what “big, traditional organisations” can do to improve their operations and ensure their digital transformation projects don’t fail. 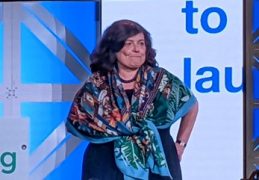 Anne Boden was speaking at this year’s Finovate Spring conference

Opening her keynote address, Boden says: “Big banks try to emulate the new digital players. Everybody wants to transform. Everybody wants to be the new innovative, creative player. But actually launching a bank brand, a big digital transformation project, is ever so complicated, and very few actually succeed.”

Boden points to a number of projects including Finn and Bo to emphasise the point, adding that at Starling the words “change management” and “transformation” are banned “because it reminds us of a past where these sorts of things happen”.

She dives into “four things you can tell your board” to help avoid failed initiatives. The first of which is spending less time planning and more time doing.

Boden says: “Technology has changed. Technology is now easier than it was 10 to 20 years ago. Why are we still spending 90% of the time on projects planning and only 10% or even 5% doing?

“Years ago, we had projects this long and we spent most of it figuring out how not to make the mistake in the last 5%. That was because the planning was cheap and the coding was expensive.

“Now we have the opposite. It’s easier to build, it’s easier to iterate. Those CTOs and CIOs in the audience that have been told to plan, plan, plan. Forget that knowledge. It is no longer relevant. You need to move on.”

Next, she focuses on how banks should look to build a culture of change and learn from mistakes to encourage innovation rather than being fearful of what might happen if things go wrong and therefore stifling change.

“Modern day technology, modern day projects, are all about a little bit of change very, very often. That is how you actually get things out there that work and actually change customers’ experience. At Starling we release software about 10 times a day.”

Boden’s third piece of advice is for those in leadership positions to take a step back and to “empower the doers to make decisions”.

“Why do us that sit at the top of the organisation think we know everything? Why do we think that we can make decisions when we’re so far from the decision, at the point where the knowledge actually is?

“Starling is an engineering organisation. The people who actually have day-to-day knowledge of the code are making the big decisions. I know that’s terrifying for some of us at the top, but it gets you better decisions.”

She concludes by focusing on the core technology powering big banks. Boden says, “To have the cost base of a digital player, you need to transform to the core.”

She says that many firms simply try to build around old core banking tech that is no longer fit for purpose out of fear of replacing it.

Finovate Spring 2022: Starling CEO Anne Boden on what big banks can do better