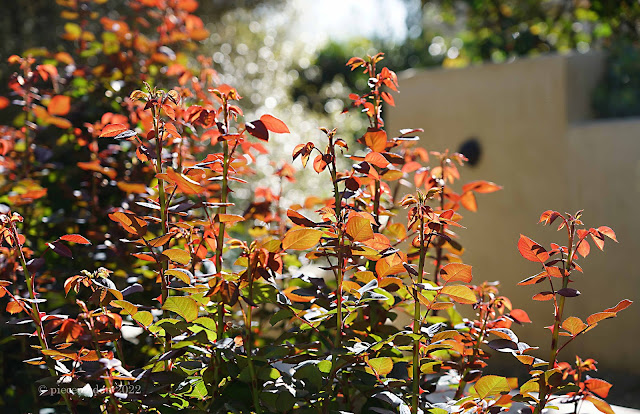 Turning over a new leaf?
Lots of activity this past week.  We got 0.18" (4.5mm) of precious rain late Saturday night--gardener/garden  grateful for even that small amount.  Fresh new foliage emerging everywhere is a particular joy that infuses the spirit with renewal and hope.
Lagerstroemia: 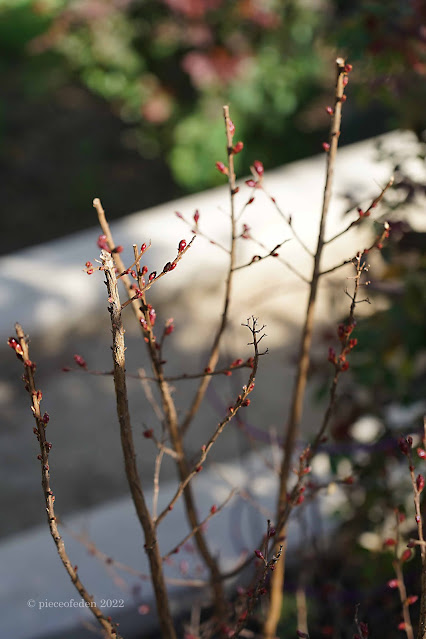 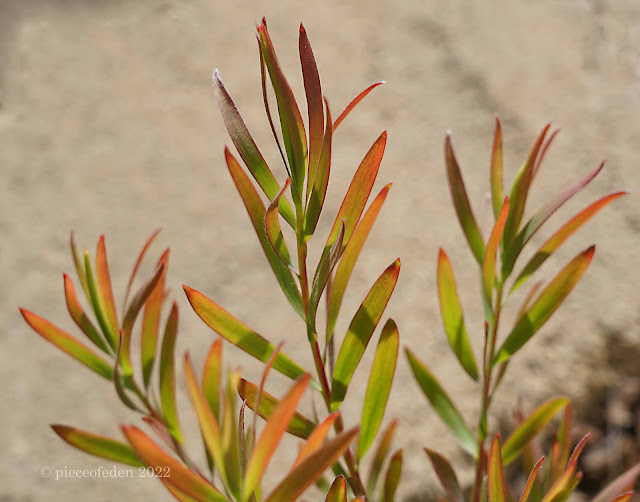 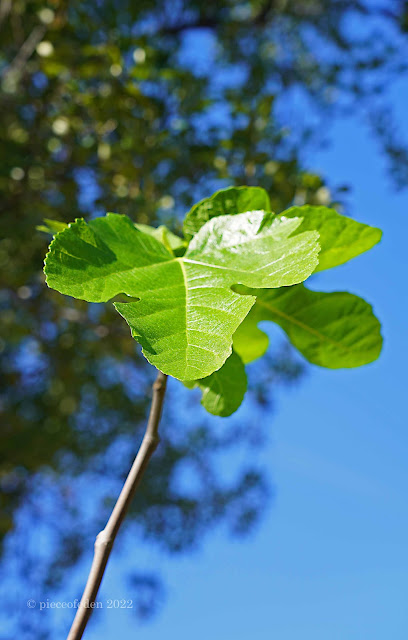 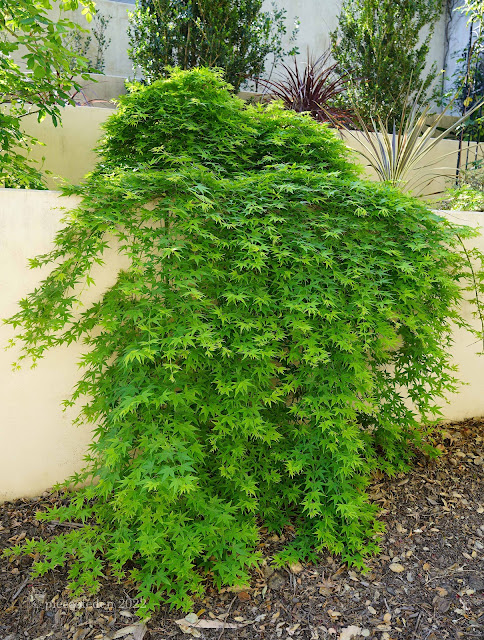 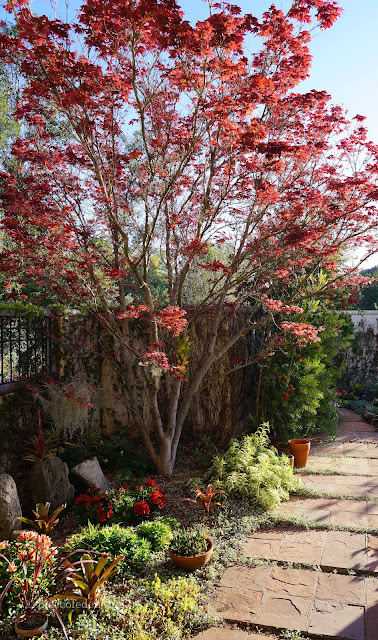 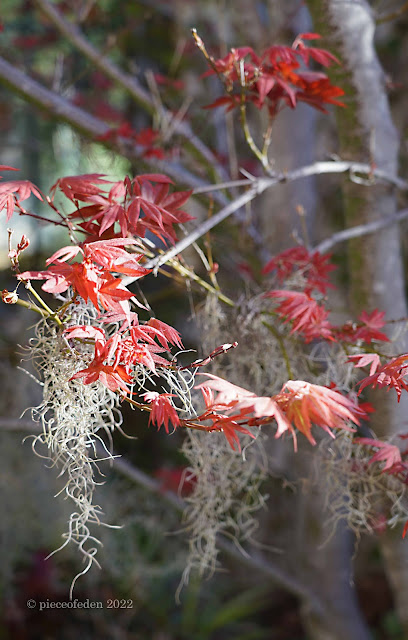 Beyond, foliage, an over purchase of new Dahlia tubers.  What was I thinking? 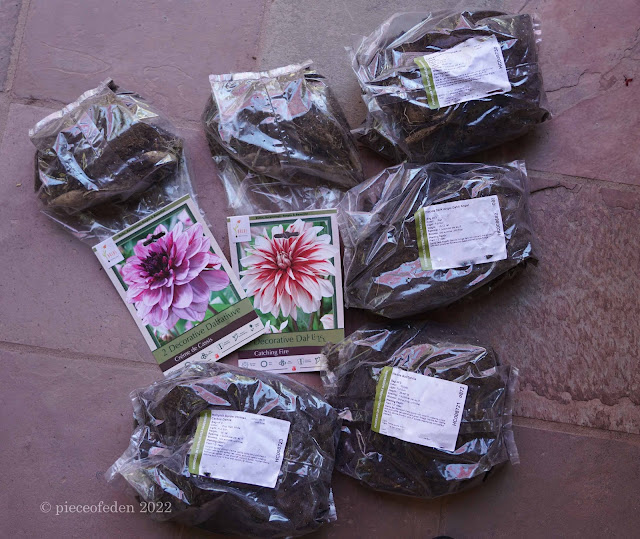 Yikes.  And it's urgent to get them in the ground and growing.  Heat wave this week, unfortunately.    There's a good amount of space here, where five roses and some old Dahlias were removed: 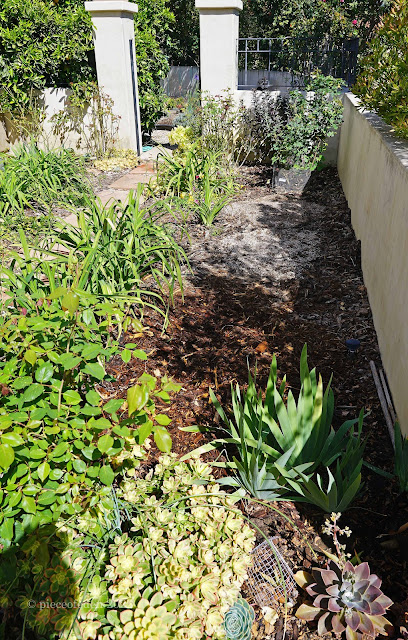 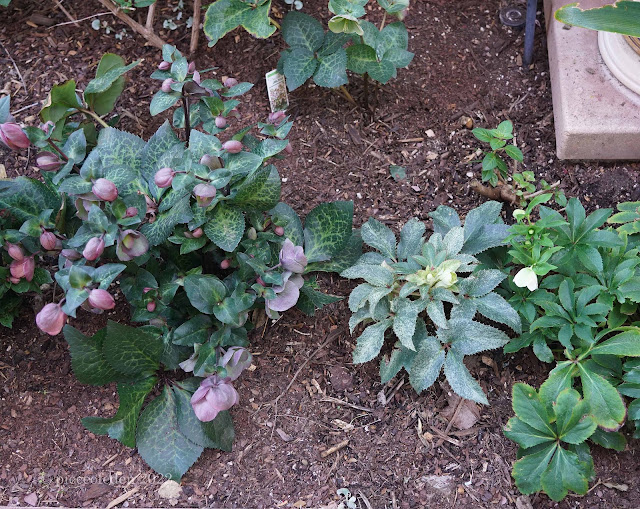 'Blue Lady' and 'Double Pink' near the Hydrangeas: 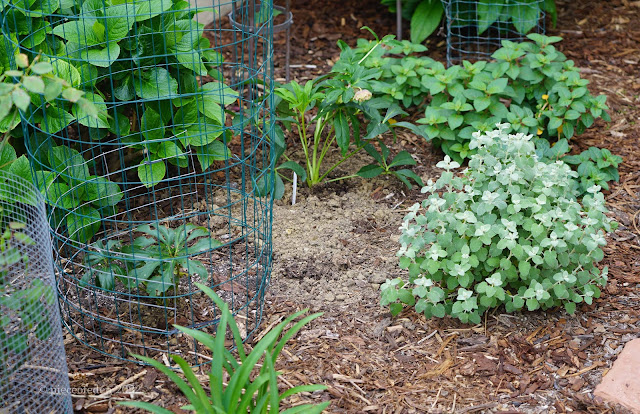 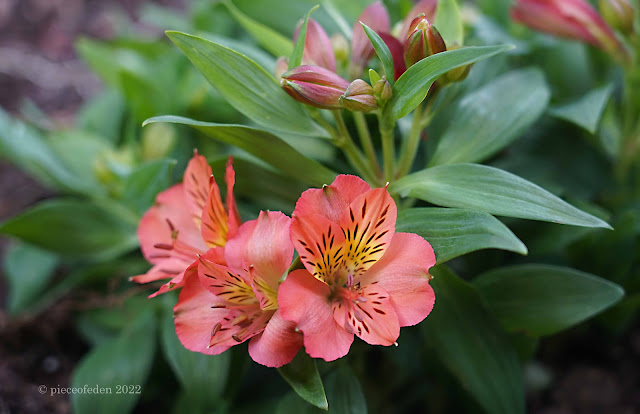 The existing ones, planted 2016-17, have grown more than I thought, albeit very slowly.  Duh!  Slow growing plants can fool you.  Compare the size of the existing (towards the top of the photo) to new 'Elaine' towards the lower right): 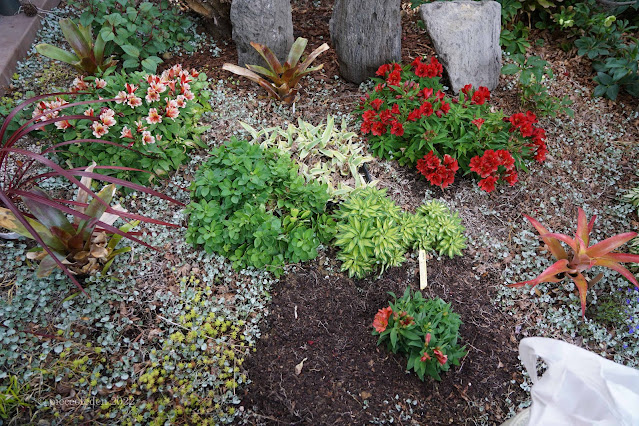 New plants in, some removed.  Pittosporum removal proceeds slowly.  One out and gone (circled), one in progress, one awaits: 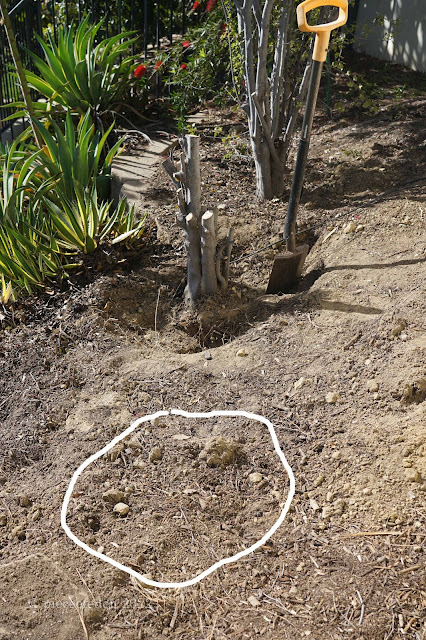 The new less thirsty, more heat-tolerant Metrosideros and Hakea sit waiting for their space.
Thinking while doing all this:  why so much yellow in this garden?  You might think yellow is this gardener's favorite flower color--when it is actually low on the list.  Yet yellow is everywhere, because plants that have thrived have yellow flowers.  I love plants that thrive.  Happy plants, happy gardener, yellow flowers or not. 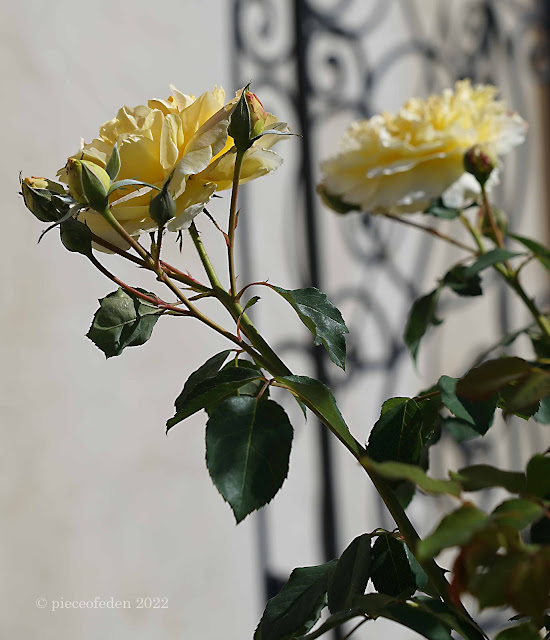 I vaguely recall a not-attractive flower appearing on then-new Didelta 'Silver Strand' last year.  The sudden appearance of many Didelta flowers this year was a shock: 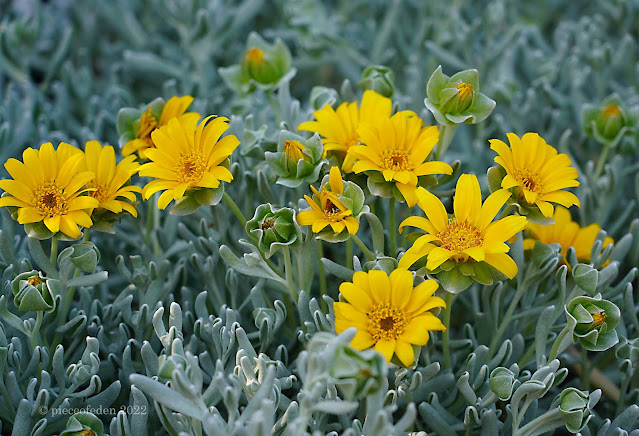 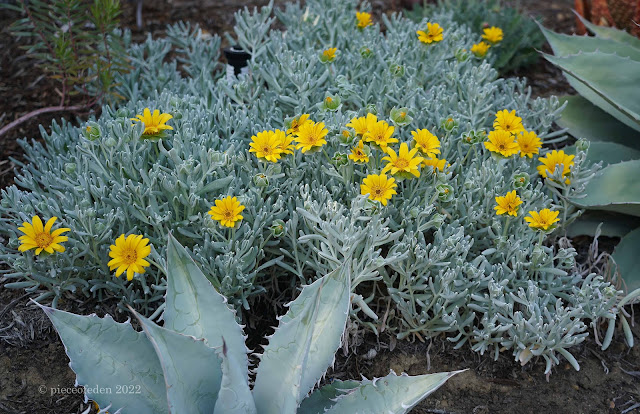 The biggest yellow show of all comes from 'Yellow Bird' Leucospermum, of course.  It's at least 8 feet across and covered with flowers.  There are three of them out front now, two being seedlings grown from  the original.
One of those, still a juvenile, produced its' first few flowers this year.  Pruning 'Moonlight' Grevillea and one of the 'Springfire's gave this plant more sun.  It should improve now: 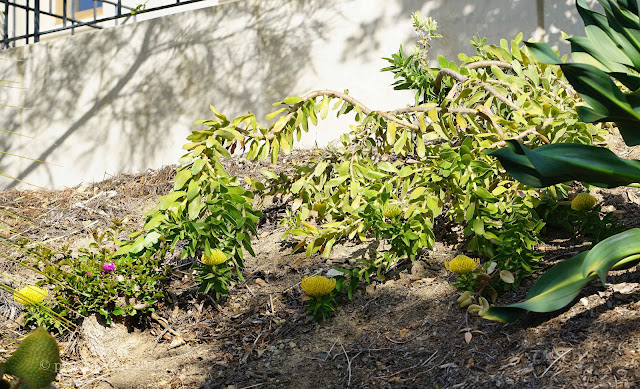 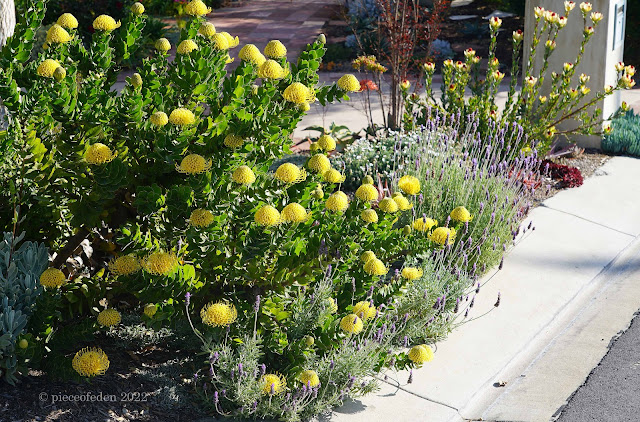 And the mature original: 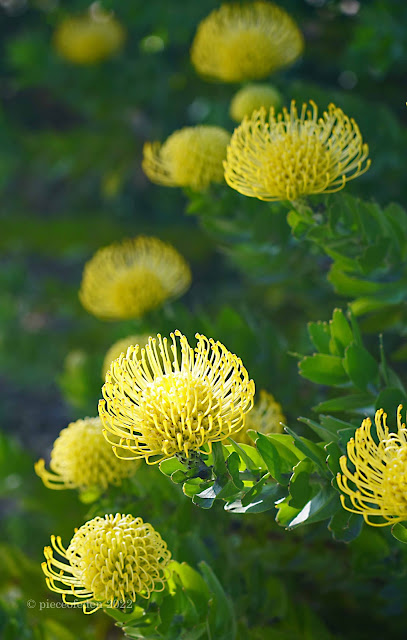 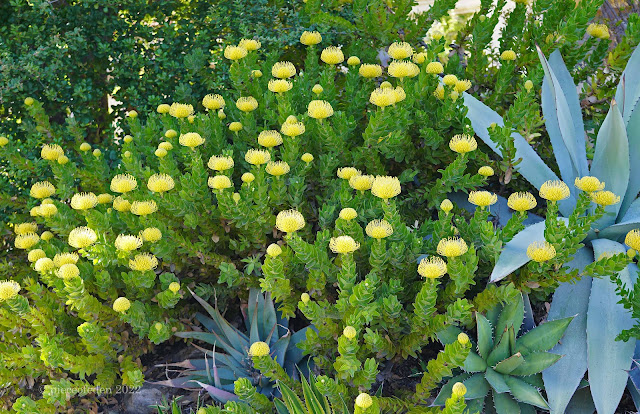 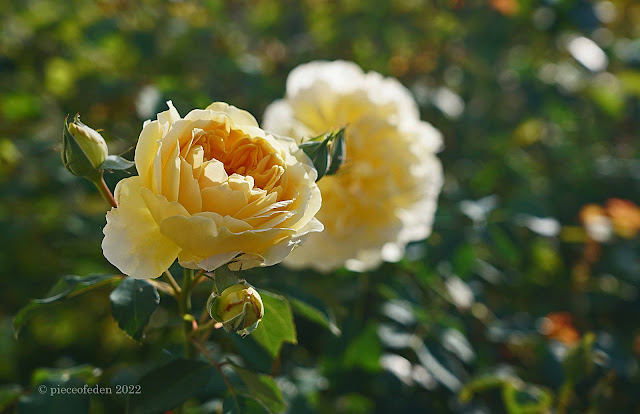 Even Avocado trees: have yellow flowers: 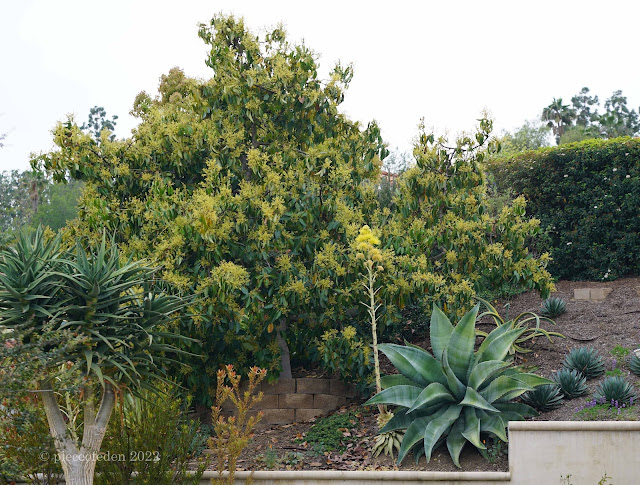 That's what's going on here, on the first day of spring 2022.
Though nothing can bring back the hour
Of splendour in the grass,
of glory in the flower,
We will grieve not, rather find
Strength in what remains behind;
In the primal sympathy
Which having been must ever be;
In the soothing thoughts that spring
Out of human suffering;
In the faith that looks through death,
In years that bring the philosophic mind.
--William Wordsworth
To end this post, 'Blanche Ito' and Callistemon flowers, neither yellow, and few non-yellow roses with fresh new foliage: 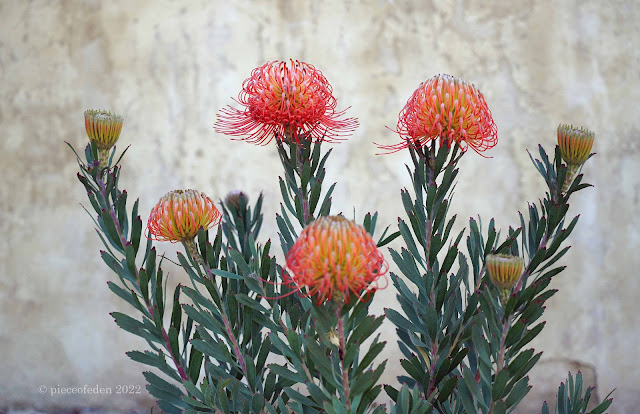 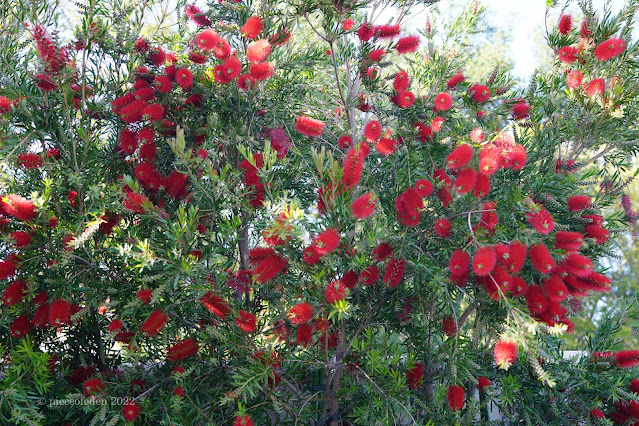 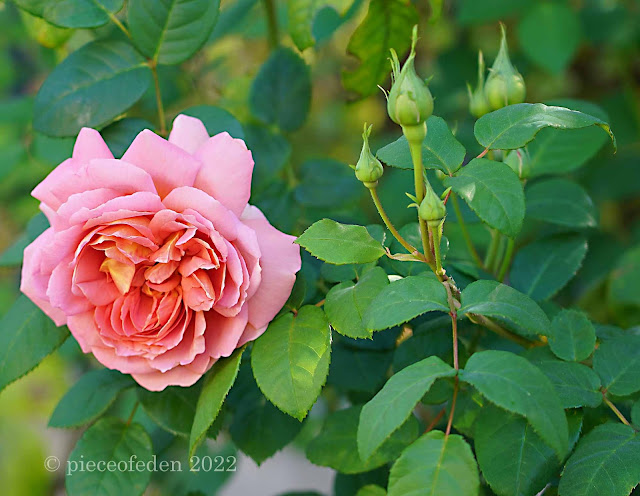 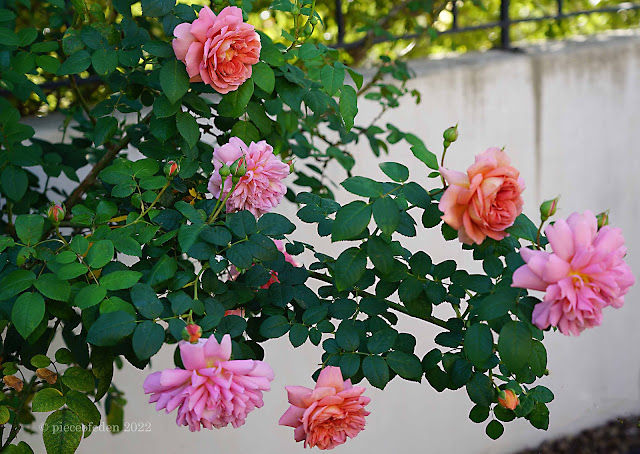 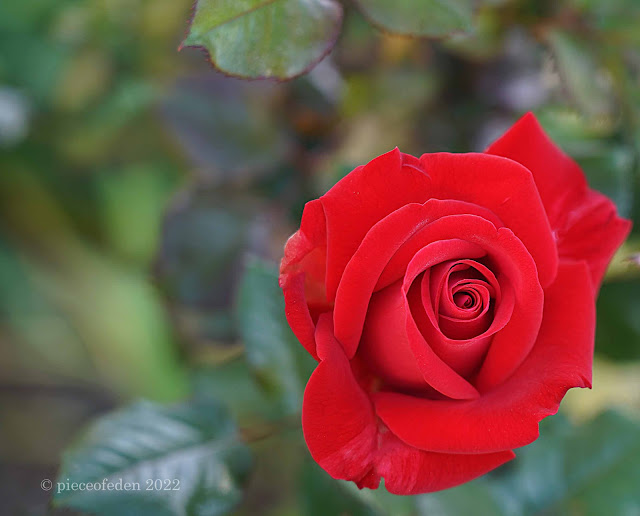 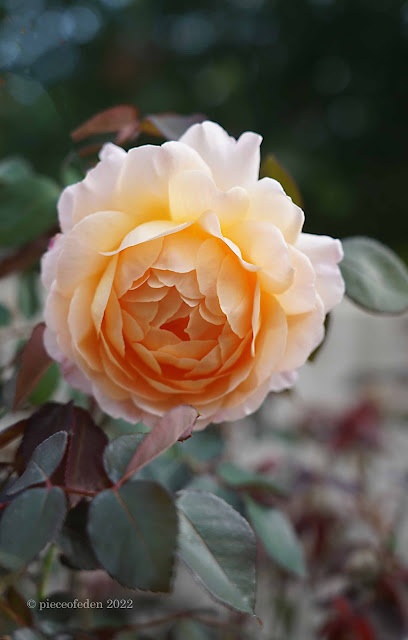