The post Five Teens Arrested in JB For Assaulting 14yo Boy in Viral Video appeared first on WORLD OF BUZZ.

Taking to Twitter, netizen @sivarraajh shared a video of how a 14-year-old boy at Taman Daya, Johor Bharu became a victim of gangsterism, when a group of five teens took turns pummelling him in a video.

In his tweet, he writes, “I hope @PDRMsia will look into this incident that took place at Taman Daya, JB.”

“I can’t believe how young they start. It is people like this that gives our community a bad name.”

In a corresponding tweet, it is understood that it all began with the boys challenging each other in a fight.

With what began as a quarrel between two individuals, one called on his brother (in the red t-shirt) to intervene.

The teen in red, pictured in the video said, “Do you think you are that brave to fight my brother?” 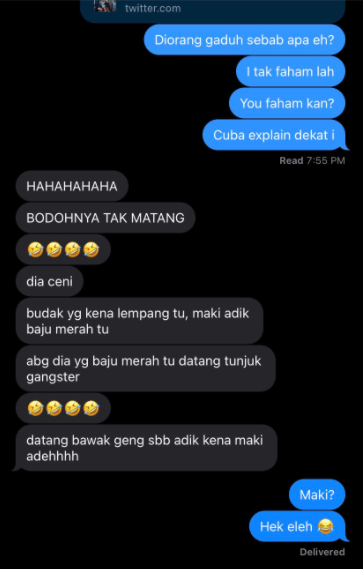 The incident has since caught the attention of local authorities which have led to the arrest of five teens.

According to Johor Bharu South OCPD, ACP Mohd Padzli, teens between the age of 15 and 17 were arrested following a report made by the victim.

“The police received a report from the student at about 10.45pm on Thursday (April 15).”

“The victim said he was talking to his friend when he was attacked by five unknown suspects in front of his school at Taman Daya.”

“The incident happened as one suspect thought that the victim had made fun of his cousin.”

“He then attacked the victim with four of his friends.”

We urge kids today, to not succumb to acts of gangsterism as it may lead to a hefty fine and jail time that may affect your future.

Also read: “We Are Sibu Gangsters,” Man Threatens Woman After His Son Beat Her Up Outside Of Pub 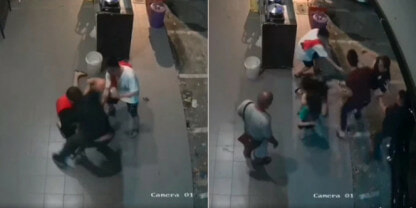 The post Five Teens Arrested in JB For Assaulting 14yo Boy in Viral Video appeared first on WORLD OF BUZZ.