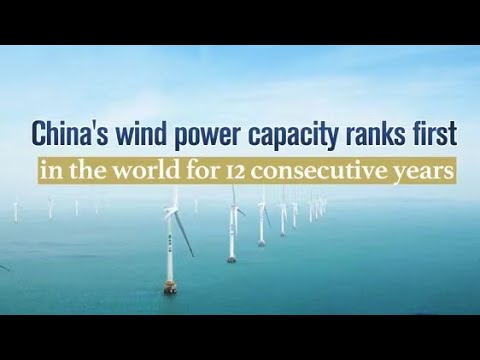 For first time, China now gets a Trillion Watts of Electricity from Wind-Water-Hydro

Ann Arbor (Informed Comment) – China reached a milestone this fall, of producing a terawatt of electricity from renewables — wind, water, hydro and a bit of biomass. A trillion watts is equivalent to 10 billion 100-watt light bulbs.

This milestone is worth celebrating, though it is worth noting that wind and solar currently account for only about 11 percent of China’s electricity production. The country is planning to increase this capacity enormously and wants to put in 1.2 terawatts of wind and solar alone by 2026.

Still, China doubled its solar and wind capacity in one year, in 2020. It also put in more new wind capacity in 2020 than the entire world combined! China’s renewable energy is growing at a rate that outstrips other countries.

Personal checks should be made out to Juan Cole and sent to me at:

China’s rapid advances in sustainable electricity have had positive spin-off effects. China makes 80% of the world’s solar panels and its massive manufacturing of solar panels has led to their price falling dramatically over the past decade. China has the highest rate of exports of renewables by volume among all the countries in the world.

The United States is lagging substantially behind China despite its sophisticated scientific and engineering establishment.

China is still a big burner of coal, though coal will fall to only 55 percent of its electricity production this year, down from 68% in 2010. China’s per capita carbon dioxide emissions are much lower than in the United States, at 6.9 tons per person per year. In the US each person is responsible for about 15 tons of carbon dioxide annually.

For first time, China now gets a Trillion Watts of Electricity from Wind-Water-Hydro