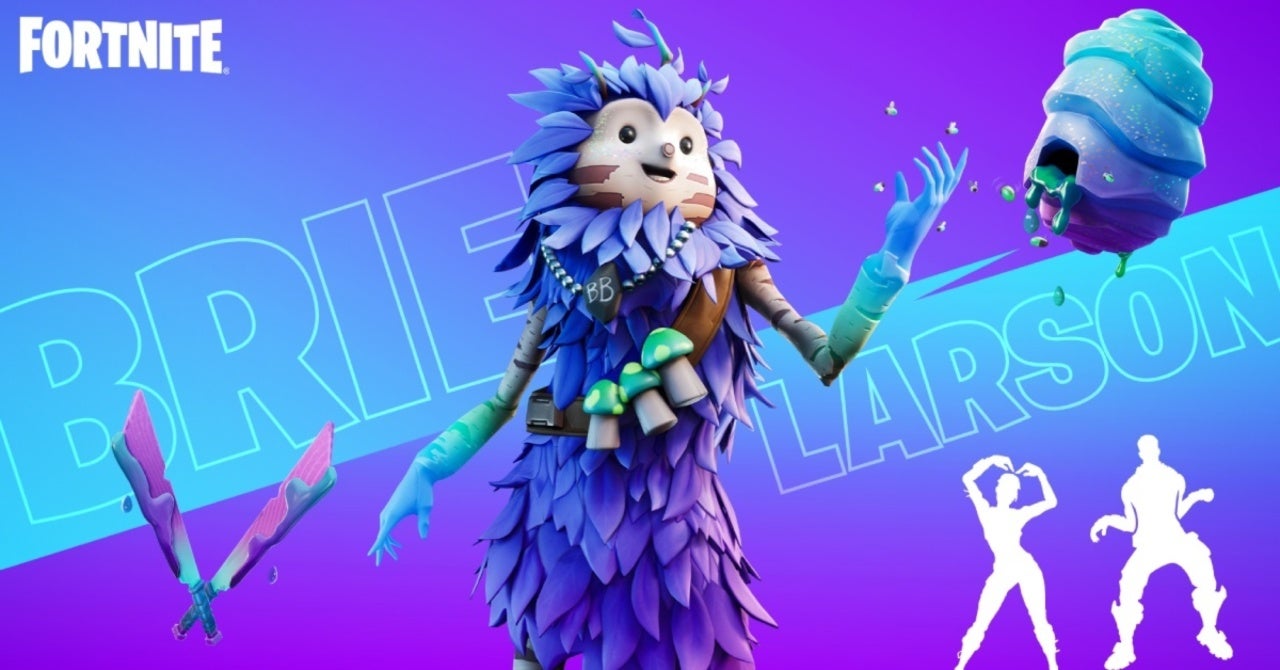 Fortnite: Marvel Star Brie Larson Gets Her Own Locker Bundle

Chapter 2, Season 6 of Fortnite is well underway, and the new evolution of the game has brought some surprising new updates along with it. In addition to the "Primal" theme of the overall season, there have been a number of must-have new items from the game's item shop. For those who are a fan of actress Brie Larson, best known for her role as Carol Danvers/Captain Marvel in the Marvel Cinematic Universe, the latest Item Shop bundle might be right up your alley. On Wednesday, Larson took to Twitter to unveil her own Fortnite Locker bundle, which features a loadout of cosmetic items and emotes chosen by the actress, and is available now through the Item Shop.

A moment I will *forever* cherish... introducing my Fortnite Locker, inspired by my real life squad - The Bush Babies! What items are must-haves in your locker? #EpicPartner @FortniteGame pic.twitter.com/hRucOvaeUA

As Larson explains in the video, which you can check out above, the centerpiece of the bundle is a new version of the Bushranger skin, inspired by the fact that her "real life squad" is called the Bush Babies. In addition to the skin and several variants, the bundle also includes the Buzzy Bag back bling, the Honey Hitters harvesting tool, and the Freemix and Glitter emotes.

Larson also teased that she might soon post a video of herself playing Fortnite, (something fans have wanted to see for quite some time) and even asked fellow Marvel actress Tessa Thompson if she would be "game" to join her.

This is the second time that Larson has been tangentially involved in the world of Fortnite, after Captain Marvel was available as a purchasable skin in the game late last year. The skin was just a small part of the game's recent Marvel-themed "Nexus War" season, which is apparently only the beginning of the publisher's partnership with the brand.

"The reason why we called this season 'Nexus War' is this is just the start," Epic Games Worldwide Creative Director Donald Mustard said in a podcast appearance last October. "This is just the start of lots of stuff we have planned for many years in this Marvel integration. This is not the end; this is the beginning."

What do you think of Brie Larson getting her own Locker Bundle in Fortnite? Share your thoughts with us in the comments below!

As mentioned above, Brie Larson's Locker bundle is now available in the Fortnite Item Shop.

Fortnite: Marvel Star Brie Larson Gets Her Own Locker Bundle