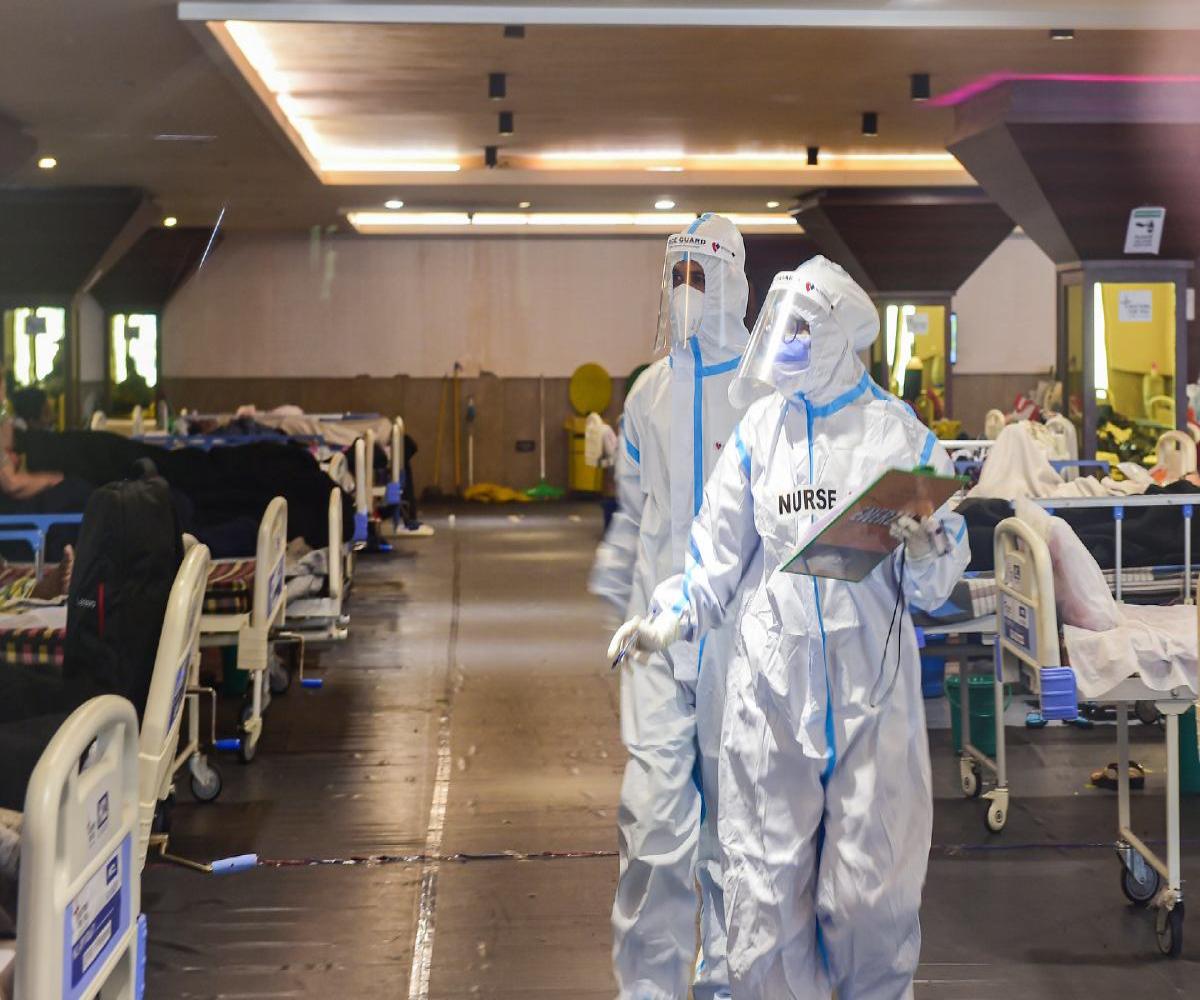 COVID-19 variant
The B.1.1.529 variant was linked to an exponential rise of cases in the last few days, and many countries have announced travel restrictions.
PTI

Image for representation: PTI
South African scientists have identified a new version of the coronavirus this week that they say is behind a recent spike in COVID-19 infections in Gauteng, the country's most populous province. It's unclear from where the new variant actually arose, but it was first detected by scientists in South Africa and has also been seen in travelers to Hong Kong and Botswana. Health minister Joe Phaahla said the variant was linked to an exponential rise of cases in the last few days, although experts are still trying to determine if the new variant, named B.1.1.529 is actually responsible. From just over 200 new confirmed cases per day in recent weeks, South Africa saw the number of new daily cases rocket to more than 1,200 on Wednesday, November 24, and to 2,465 a day later. Struggling to explain the sudden rise in cases, scientists studied virus samples from the outbreak and discovered the new variant. South African experts said there are no indications to date that the variant causes more severe or unusual disease and noted that as with other variants, some infected people don't have any symptoms. Why are scientists worried? It appears to have a high number of mutations, about 30 in the coronavirus' spike protein, which could affect how easily it spreads to people. Sharon Peacock, who has led genetic sequencing of COVID-19 in Britain at the University of Cambridge, said the data so far suggest the new variant has mutations consistent with enhanced transmissibility, but said that the significance of many of the mutations is still not known. She said it would take several weeks to do the necessary lab tests to determine if current coronavirus vaccines are still effective against the new variant. Peacock also said there was no indication that the variant causes more lethal disease. Francois Balloux, director of the Genetics Institute at University College London, said the sharp rate of COVID-19 infections in South Africa, and particularly in Gauteng province, was concerning. The biggest risk is that (this variant) is better at re-infecting people as well as being more transmissible and virulent, he said in a statement. But Balloux said it was unclear at this stage whether this is because the virus is inherently more infectious. He emphasised that while it was possible that the new variant is able to reinfect previously immunised people, we cannot make any robust predictions based on its genetic make-up alone about its expected transmissibility or virulence. How did this new variant arise? The coronavirus mutates as it spreads and many new variants, including those with worrying genetic changes, often just die out. Scientists monitor COVID-19 sequences for mutations that could make the disease more transmissible or deadly, but they cannot determine that simply by looking at the virus. They must compare the pattern of disease in outbreaks to the genetic sequences and sorting out whether there is an actual connection can take time. Some scientists have speculated that the new variant arose in an immune-compromised patient because of the large number of mutations. Peacock said the variant may have evolved in someone who was infected but could then not clear the virus, giving the virus the chance to genetically evolve," in a scenario similar to how experts think the alpha variant which was first identified in England also emerged. Are travel restrictions justified? Maybe. As of noon Friday, travelers arriving in the UK from South Africa, Namibia, Botswana, Lesotho, Eswatini and Zimbabwe will have to self-isolate for 10 days. Given the recent rapid rise in COVID-19 in South Africa, restricting travel from the region is prudent, said Neil Ferguson, an infectious diseases expert at Imperial College London. He said the new variant has an unprecedented number of mutations and said that compared to previous variants, the newly identified version in South Africa might more easily evade current vaccines. Balloux of University College London said that if the new variant turns out to be more infectious than delta, the new restrictions will have little impact but that they could still buy the U.K. some time to boost vaccination rates and roll out other possible interventions. What happens next? The World Health Organisation has convened a technical group of experts on Friday to assess the South Africa data and to decide whether the new variant warrants being designated a variant of interest or a variant of concern. Variants of interest which currently include the mu and lambda variants have genetic changes known to affect things like transmissibility and disease severity and have been identified to cause significant clusters in multiple countries. Variants of concern which include alpha, beta and delta have shown they can spread more easily, cause more serious disease or make current tools like vaccines less effective. To date, the delta variant remains by far the most transmissible form of COVID; it accounts for more than 99% of sequences shared with the world's biggest public database.
Source: thenewsminute.com