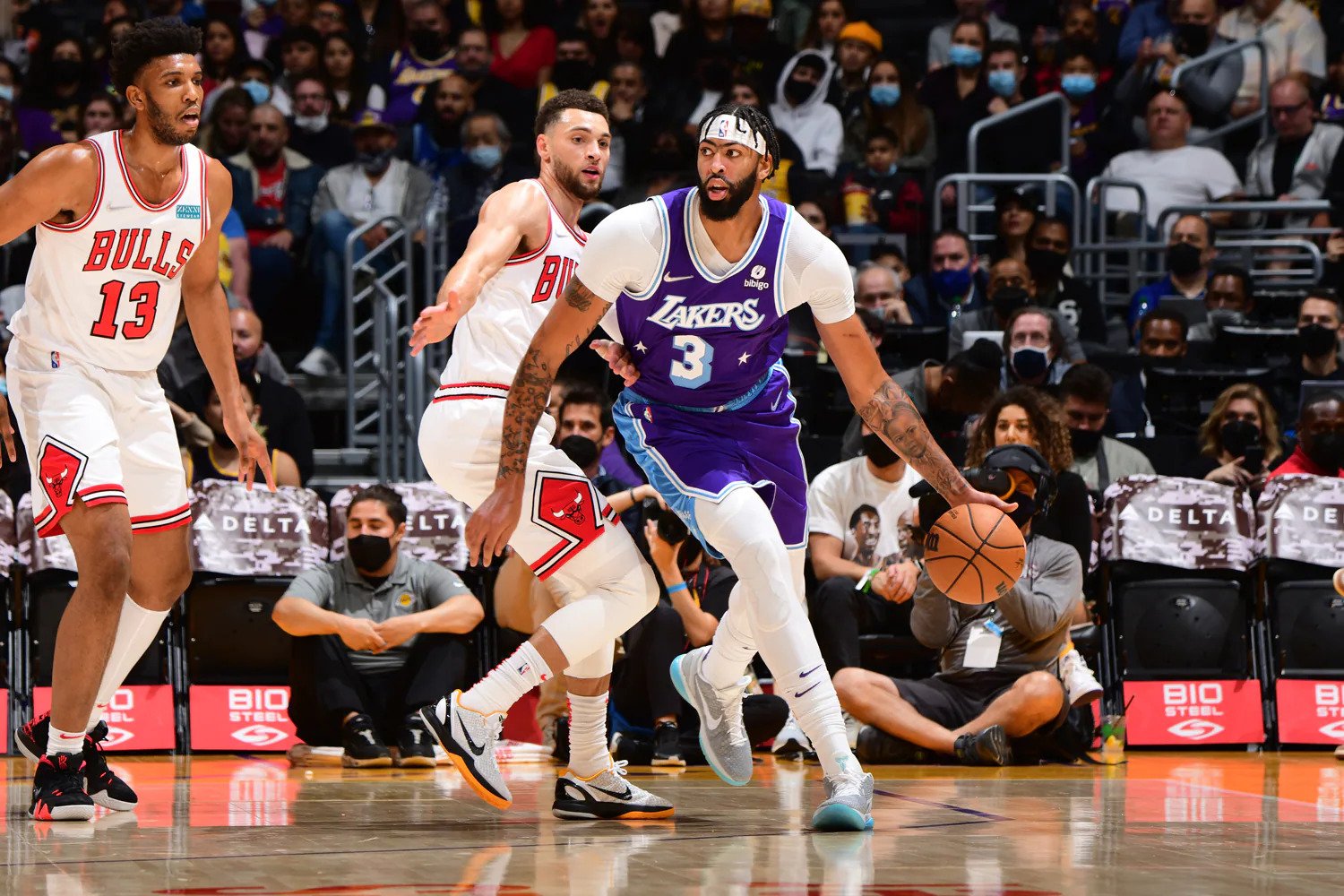 The Los Angeles Lakers followed a positive win on Sunday with another disappointing loss on Monday to fall to 8-7 on the season. Frank Vogel’s squad never looked in control as the Chicago Bulls’ shot making and strong defense, particularly against Anthony Davis, propelled them to a big lead early that they never fully relinquished.

Arguably the largest factor in the loss was how the Bulls defended Davis, sending double teams on nearly every catch and never letting him get comfortable. As a result, the big man scored just seven points in the first half, one night after scoring 19 in the first quarter.

“We haven’t seen that kind of double team this year,” said Vogel while crediting the Bulls’ aggressive game plan that saw Davis get doubled more than in any other game as a Laker.

“With a new group we didn’t adjust to it well,” Vogel continued.

"Typically the ref will let the guy get his shoe on. Quick inbound, AD said, 'that's BS'–which happens 15 times in every game, quick tech, ejection. I don't know what to say about that." Frank Vogel on Anthony Davis' ejection vs. Chicago. @LakersReporter pic.twitter.com/eFApf22RXe

The Bulls have shown this scheme previously this season so the Lakers were almost certainly aware of the possibility, especially with LeBron James out as an additional outlet who could attack bent defenses. Russell Westbrook and Talen Horton-Tucker were beneficiaries of the extra defensive attention on Davis, both having success either attacking the rim or pulling up for jump shots.

Still, the Bulls bet on the Lakers being unable to match their shooting and scoring if Davis was mostly taken out of the game. Vogel blamed the Lakers’ failures equally on not having enough motion off the ball to find open looks and on not hitting the open shots that they did produce. As Carmelo Anthony aptly put it, “you just can’t beat a team when you go 6-for-32 from three.”

Nevertheless, that may be taking too much responsibility off the shoulders of the players and coaches for looking unprepared against what was an expected gameplan against Chicago without James. And while there are plenty of excuses for the poor performance – injuries, new players, and fatigue from a back-to-back chief among them – it was still a disappointing showing from the Lakers almost entirely across the board.

Davis himself did not speak to the media after the loss, having been ejected from the game due to a second technical foul that ended his frustrating night. The big man finished with 20 points, coming alive in the third quarter with his jump shooting all while the Bulls went on a massive run to fully take control of the game.

It was a low point in what has been a resurgent year for Davis despite the Lakers’ struggles. And while most of the Lakers’ issues on Monday could not be fairly attributed to him, one would expect he comes out hungry to redeem that performance on Wednesday.