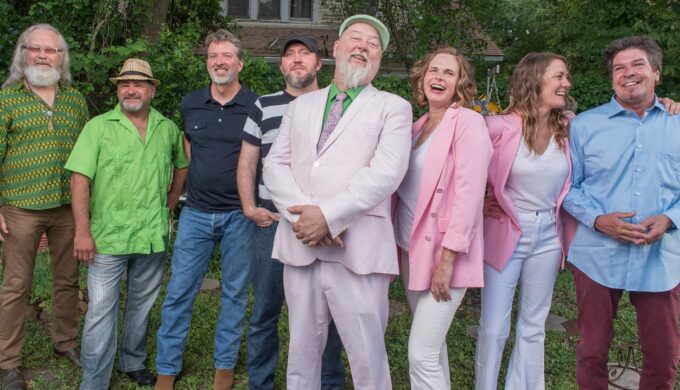 Free live music is back as the State Fair of Texas returns in all its Lone Star glory for 2021. Live music will be performed all 24 days of the Fair. The concerts span multiple genres with nationally-known headliners, plus 77 featured acts hailing from the great state of Texas! Don’t miss this free live music.

Native Texan Clay Walker kicks off this year’s live music series at 8:30 p.m. on September 24 on the Chevrolet Mainstage. Walker is a recording artist, songwriter, and entertainer with 31 charted singles, a dozen number one hits, four platinum albums, and decades of performances. His hit singles include “Live Until I Die,” “Rumor Has It,” and “She Won’t Be Lonely Long.”

Dru Hill perform their signature R&B styles starting at 2 p.m. September 25 during the State Fair Football Classic weekend. Known for “How Deep is Your Love” and “Never Make a Promise,” the group recorded seven Top 40 hits over their decades-long career.

Black Pumas, a four-time Grammy-nominated group from Austin, make their State Fair debut at 8:30 p.m. September 25. Describing their sound as “Wu-Tang Clan meets James Brown,” the band has sold out multiple tours across North America and Europe. “Colors,” their first single, hit number one on the Billboard Adult Alternative chart and has been streamed more than 57 million times across a variety of platforms.

On September 30, Little Joe & La Familia perform their famous Tejano sounds with two shows at 5:30 and 8:30 p.m. Little Joe has celebrated more than 60 years in entertainment and is credited with helping to pioneer “Tejano” music. After receiving $5 for his first performance in 1955, Little Joe embarked on a musical quest that brought him two Grammy nominations and hundreds of performances. Joe continues touring the world, trailblazing, looking forward to new challenges, breaking down cultural and musical barriers, and innovating his musical style.

Shinyribs will bring their mix of country-soul and swamp-funk to the stage. October 1 at 8:30 p.m. Their shows are an exaltation of spirit, as Shinyribs touch, squeeze, and kiss on all styles of American music. The group’s original songs are laced with magical realism, along with interpretations of songs, old and new.

Get ready to party on October 2 at 8:30 p.m. with Kevin Fowler. Kevin’s musical journey began playing in rock bands before finding his footing in the early 2000s as a solo act in his native Texas. His debut album, “Beer, Bait and Ammo,” was followed by seven albums over the next 14 years. Fowler’s hits, including “Long Line of Losers,” and “That Girl,” have charted on the Billboard Hot Country Songs chart. He remains active in Texan culture, promoting the “Take Care of Texas” campaign, encouraging all Texans to keep Texas clean.

Grand Funk Railroad brings classic rock and roll onto the Chevrolet Main Stage October 3 at 8:30 p.m. Known for such hits as “Some Kind of Wonderful,” and “We’re an American Band,” Grand Funk Railroad’s arena rock style brought them worldwide success. They toured the world, selling out shows, and playing in front of audiences in the hundreds of thousands, during the 1970s. More than 40 years later, their hits still play on classic rock radio, and their record sales worldwide exceed 25 million copies.

Austin-based Mike and the Moonpies will showcase their honky-tonk roots, mixed with their recent delve into lush strings and cinematic arrangement, at 5:30 and 8:30 p.m. October 8. Starting out as a cover band with more than 300 songs in their catalog, the band grew to become one of the premier dancehall bands in Austin. They actively continue to grow their sound, using vintage influences to create a contemporary sound. Their new album, “Cheap Silver and Solid Country Gold” was recorded at Abbey Road Studios with help from the London Symphony Orchestra.

Jack Ingram keeps the party going after the AT&T Red River Showdown on October 9 starting at 6 p.m. Ingram started his singing career in Fort Worth, just a dozen or so miles down the road from Fair Park. Since then, he has charted 12 songs on the US Country charts, including “Wherever You Are,” which reached the number one spot. The winner of several CMT Music Awards, he was recently nominated for a Grammy with Miranda Lambert for their song “Tin Man,” and released “The Marfa Tapes,” a collaborative album with Miranda Lambert and Jon Randall.

Galveston native Bill Engvall will have audiences in stitches with his stand-up, starting at 8:20 p.m. on October 9. A Grammy-nominated, multi-platinum selling recording artist and one of the top comedians in the country, Bill was part of the enormously successful Blue Collar Comedy concert films that sold over nine million units. He previously starred in, and executive produced, the TBS sitcom The Bill Engvall Show. He also starred on the WB’s hit sketch comedy show Blue Collar TV and in several solo specials for Comedy Central.

Sugar Ray warms up the stage October 10 at 8:30 p.m. with their signature summertime sound. With hits like “Someday,” “Every Morning,” and “Fly,” the band has sold more than 10 million records, had four top 10 songs, had streams across various platforms in the hundreds of millions, and sold millions of tickets to their live performances.

Le Freak presents two shows, at 3 and 5:30 p.m. October 11 with their tribute act that puts the fun in funk and thrills fans with their covers of ’70s and ’80s disco hits. Fully outfitted in their retro gear, “The Greatest Disco Band in the World” adds new energy to songs of the past.

The ultimate tribute to Elvis Presley in concert, starring international award-winning artist Kraig Parker, with the Royal Tribute Band and Orchestra, is October 15 at 5:30 and 8:30 p.m. Parker has sold out venues around the world, leaving audiences “all shook up” and screaming for more. Experience the electrifying music, presence, and voice of the King by one of the best in the business.

Charley Crockett hails from South Texas and brings heartfelt and vintage country to the stage October 16 at 8:30 p.m. Crockett was raised in a rural part of the Rio Grande Valley, followed by moving across the country, from New Orleans to New York City. He has released seven albums, generating over 36 million global streams, and mentions in prominent outlets like NPR Music, Rolling Stone, and Billboard.

The Last Bandoleros close out the Fair at 3 p.m. October 17. Their musical sensibilities and influences feature a wide range from country, rock, pop, and conjunto to create a compelling and contemporary American sound. They performed “Where Do You Go?,” and “I Don’t Want to Know” on Jimmy Kimmel Live! in 2016, and they toured with Sting on his 57th & 9th Tour in 2017.

Joining the regional acts on the Main Stage, Chevy House Party will feature a variety of popular local DJs, spinning some tunes to get the party started. Additionally, the U.S. Marine Jazz Ensemble will take the stage on Wednesday, October 13, performing three times throughout the day.

In addition to the Chevrolet Main Stage, live music can be found across the grounds. The Bud Light Stage, located centrally in Cotton Bowl Plaza, will showcase local and regional talent all 24 days of the Fair, just steps away from all your fried food favorites. Notable acts include Unfaded Brass Band, who take the Bud Light Stage to thrill fairgoers with their big brass sound on September 25.

Another Dallas-based band, Vandoliers, brings their mixture of all things Texan to the stage October 1. Following the AT&T Red River Showdown, fairgoers can enjoy Joshua Ray Walker and his narrative-driven songwriting and vintage Red Dirt sound at 2 p.m. on October 9.

The Wine Garden Stage, located outside the Go Texan Pavilion, will feature a Friday night comedy series, titled “Deep Fried Comedy,” along with live music throughout the week. You might know him from his show on KXT 91.7, but come out and hear the talents of Paul Slavens as he entertains audiences September 26. Frankie Leonie’s signature mix of country, folk, blues, and rock will be displayed October 12. The young performer is no stranger to the stage, having opened for Ray Wiley Hubbard, Lukas Nelson, and Margo Price.