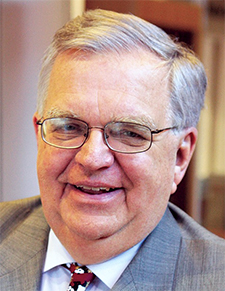 From academics to COVID mandates, why the University of Minnesota gets to pretty much do whatever it wants

In rolling out his order to require vaccination or testing at restaurants, bars and sports venues, the Minneapolis Mayor Jacob Frey knew he had the power to enforce the mandate almost everywhere within the city. Almost.

In Minneapolis, there is one massive swath of land where no mayor has authority: the University of Minnesota. Thanks to a privilege that dates back to the state’s territorial days, the school has broad autonomy from the Legislature and the governor. In fact, it’s the U of M regents — not legislators, governors or city council members — who decide what goes on within the boundaries of campus (and sometimes even outside those boundaries).

This “constitutional autonomy,” as former House research attorney Deborah K. McKnight described it in a frequently cited analysis, is “a legal principle that makes a state university a separate department of government, not merely an agency of the executive or legislative branch.”

How (and why) the U got so much power

Fred Morrison, a retired professor of law at the U of M law school, said that the U’s unique standing means that while the school might not quite be a fourth branch of government, it does make it separate from the other three.

“It’s creating a buffer between the politics of the Legislature and the academic values of the University,” Morrison said. “It’s that buffer that makes it function.”

One example of that buffer came during the Vietnam War, when Minneapolis police wanted to come onto campus during demonstrations. “The regents said, ‘We have our own police,’” recalled Morrison. “‘We’ll call you if we need you.’”

The controversy in Florida over whether the school administration can block professors from testifying in elections-related lawsuits illustrates how a lack of a school’s autonomy from political institutions can come into play. “In Minnesota, that would be unthinkable,” Morrison said.

So politicians with a beef about some U decision or action can complain about or try to cajole it. But they can’t order changes. What’s more: the courts have limited the ability of state budget writers to put conditions on the state appropriations that make up a large chunk of U of M funding. Once regents are appointed in joint sessions of the House and Senate, they collectively decide how the U of M is run.

McKnight described the tensions between the university and politicians like this: “Promoting professionalism and academic freedom in state universities is still as important as it was when autonomy provisions were first adopted. At the same time, the legislature has an interest in overseeing and having some impact on the portion of university … that comes from state appropriations. Case law and legislation reflect the effort to balance these tensions.”

This power does not extend to schools in the Minnesota State system, which did not exist when the initial authority was granted to the U of M by the territorial legislature in 1851 — or when that authority was included in the first state Constitution, in 1858.

Once placed in the Constitution (“all the rights, immunities, franchises and endowments heretofore granted or conferred upon the University of Minnesota are perpetuated unto the university”), the autonomy of the university, or even its existence, cannot be changed without a constitutional amendment and a majority vote of the people.

In 1999, when a bipartisan group of lawmakers introduced a constitutional amendment to remove the autonomy, it didn’t get a hearing in the House or Senate.

The U’s status is also exceedingly rare, giving it greater autonomy than all but three U.S. state university systems. Calling them “the Big Three,” an analysis of the issue by Neal H. Hutchens, an assistant professor of law at Barry University’s Dwayne O. Andreas School of Law, concluded: “Michigan, California, and Minnesota continue as the states with the strongest judicial recognition of constitutional autonomy, not only in the number of cases, but also in the language used by state courts to describe the legal protections that result from constitutional autonomy.”

And while 19 other states have some form constitutional autonomy for their flagship universities, McKnight writes, only a handful of those have seen that concept fully backed by state courts.

‘Pick your fights’: How the U wields its autonomy

The U of M, though exempt from Minneapolis Mayor Jacob Frey’s executive order, imposed its own vaccine-or-test mandate for indoor gathering a few days later. That isn’t an uncommon response, with the administration and regents often following a declaration of independence with an attempt to do something to reduce conflict with state or local government.

Cam Gordon, the former city council member who for 16 years represented Ward 2, which borders the Minneapolis campus, came up against the autonomy provision many times. Gordon said his constituents would often bring him concerns or complaints about the university that he had little power to respond to.

In 2016, when the university sought to purchase land outside the borders of campus to place a sports bubble that had to be moved from another location. But to clear the land, the historically significant Electric Steel Elevator grain complex would have to be demolished.

The city attempted to employ its historic preservation ordinance requiring study of the complex’s significance, which could have led to legal protection. Hanging over the process, however, was the university’s insistence that it wasn’t subject to those laws, even though it didn’t yet own the property and even though it was blocks from campus. Eventually the city backed off, and the complex was demolished, leaving only a memorial sign behind.

When the city wanted to enforce its rules for parking-lot buffers and stormwater handling, the U of M complied, but after saying it was doing so voluntarily. “It was really clear, ‘We’re doing it because we want to have a good relationship with you and we’re choosing to do it, not because you have the authority to tell us what to do,’” Gordon said.

That could illustrate why the university imposed its own vaccine-or-test mandate a few days after the Frey announcement, although with different rules and for a shorter time period.

“We have carefully considered how similar steps could enhance the University’s COVID-19 response and contribute responsibly to our communities,” wrote U of M President Joan Gabel. “In alignment with our commitment to public health, today we are announcing a new, temporary proof of vaccination policy.”

For Gordon, who stood on the figurative border between town and gown, “it makes things tricky and challenging. One of the things I used to hear was if we go to court and take them on, we’re almost sure to lose. Our attorneys didn’t want to shout that from the hilltops but that is the impression I got. We’re not going to be able to beat them.”

Not that legislators haven’t tried. In 2010, a provision in the budget held out 1 percent of the university’s appropriation unless regents met specific academic requirements as laid out in the bill. According to an account by former MinnPost writer James Nord, then writing for the Daily Planet, the regents held their noses and agreed.

“Pick your fights,” warned Regent Steve Sviggum, a former Speaker of the Minnesota House. “The risk, members, is not 1 percent of our funding. That’s not the risk. The risk is our relationship with the Legislature and the citizens of Minnesota into the future.”

The Legislature can try to impose its will via the regent selection process rather than directly with legislation. In 2018, a medical school fellowship on reproductive health that would include abortion procedures was withdrawn after it became entwined in filling a vacant seat on the board. Ultimately, Republicans in the Legislature united to select Randy Simonson, who’s views against the fellowship were the strongest.

How the courts have strengthen the U’s position

So, could the Regents develop their own criminal code or environmental laws? Could they legalize recreation marijuana on their campuses? No, writes McKnight. The state Supreme Court has distinguished “the regents’ special managerial function from the Legislature’s general lawmaking power and ruled that the university is subject to general laws that do not impede the regents’ management function.”

Still, over the years the court has mostly strengthened the U of M’s autonomy, even while establishing guidelines for when it could be breached.

A 1928 case established that the regents alone are empowered to manage the university, so as to put it “beyond the dangers of vacillating policy, ill informed or careless meddling and partisan ambition that would be possible in the case of management by either legislature or executive,” the court found.

The state’s top court also ruled in 1931 that only the regents control revenue from sources other than the Legislature, though a 1977 ruling said the Legislature can put conditions on state appropriations as long as they don’t infringe on the U’s autonomy and promotes the general welfare, prevent conflicts and fraudulent acts — and are applied equally to all state functions, not just the U of M.

The most-significant limitation came in 2004, when the court ruled that the U of M was subject to state open meeting law and data practices act when selecting a new president.

In that case, Star Tribune v. Board of Regents, the court found that the University’s argument, had it been adopted, “would essentially elevate the University to the status of coordinate state entity, not answerable to state government except as it chooses or as limitations are tied to appropriations.”

For all of that independence, though, Morrison said the university has to be careful about how and when it asserts it. The constitutional language is general and remains subject to interpretation by the Supreme Court.

“The university has to be cautious when it exercises its rights because the rights are not fully defined,” Morrison said. “If they make a foolish and too broad representation, then it’s apt to get rejected and that becomes precedent against them. On the other hand, if they are foolishly too cautious, the city may get a position that allows them to regulate certain things.”

From academics to COVID mandates, why the University of Minnesota gets to pretty much do whatever it wants