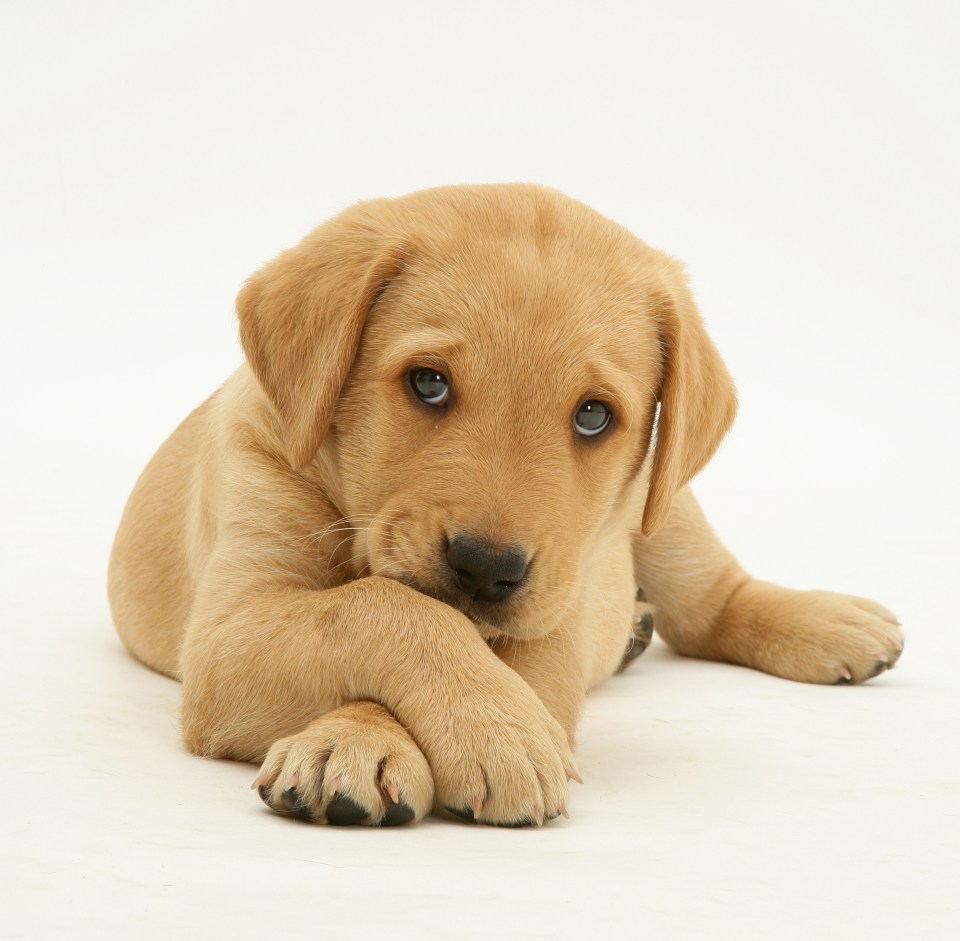 HE is on a mission to help our pets . . . and is here to answer YOUR questions.

Sean, who is the head vet at tailored pet food firm tails.com, has helped with owners’ queries for ten years. He says: “If your pet is acting funny or is under the weather, or you want to know about nutrition or exercise, just ask. I can help keep pets happy and healthy.”

Q) WE welcomed a new labrador puppy, Sam, into our home in the last lockdown and he is nearly seven months old.

My partner and I work full-time and will return to the office in June. We plan to leave Sam in a crate as we have tried daycare but he was suspended as he was too lively.

The plan is he’ll have a dog walker visit at lunchtime. But I’m worried about him being on his own for all that time.

We’ll be out from 8am until 3.30pm. Is that too long for him? If he’s loose, he will chew and wreck the house.

A) I’m not going to sugar coat this. Yes, that is a long time to expect a seven-month-old labrador pup to stay alone in a crate.

His energy budget will be saved up for when you come home, too. Do you have time to exercise and play with him and tire him out every day after work? If not I would definitely consider another doggy daycare and invest in training classes.

Or look for a friend who might be happy to have him while you’re at work. Failing that, try the Borrow My Doggy network.

Got a question for Sean?

SEND your queries to vet@the-sun.co.uk.

Q) I HAVE a male cat, Jasper, who is 15. For years he has been sick after being fed. He’s a grazer and always has biscuits available. He gets a small amount of meat twice a day but very often vomits afterwards.

We have raised his feeding bowls off the ground, which did nothing. He’s generally in good health. Why would he be sick like this?

A) Has he ever hacked up a hairball? Sometimes hairballs in the stomach can cause cats to chronically vomit after food. It may be worth adding a hairball remedy to his food for a few weeks.

Another cause might be eating too fast. When this is the case they usually regurgitate rather than vomit, so the food is brought back up without heaving or retching.

Are there other cats about outside making him stressed? Finally, does he eat anything he shouldn’t that might irritate the lining of his stomach?

Q) MY golden labrador, Luna, who is five, has suddenly become scared of traffic.

Although she gets excited to go out for her twice-daily walks, when she gets to the end of the drive she stops, turns round with her head down and pulls rapidly on her lead to go home.

We live on a main road and she has always been used to traffic. She never used to be scared.

A) Did something frighten­ing happen to traumatise her around traffic? A bang, beep or reversing signal she wasn’t expecting? Have a look at some behavioural techniques to build up Luna’s confidence around traffic again.

Habituation, desensitisation and response substitution will help. There are good videos on YouTube. If that fails, contact a qualified animal behaviourist.

Q) MY Jack Russell Rosie has been diagnosed with bladder stones.

She is on a diet to break them down so hopefully she can pass them naturally. She is on a prescription diet but are there any treats I can give as well?

A) It’s not worth the risk, or delay in getting better, that adding other foods might cause. Just stick with the diet for the prescribed time until she’s had a clear test to say the stones are gone.

She may need to go on a maintenance diet later and then she’ll have a bit more freedom with treats.

And yes it may look boring to us, but dogs in the main get on with things and don’t pine for the variety of tastes and cuisines that we do.

Star of the week

BEARDED dragon Georgie is lucky to be alive after he was left to fend for himself in a flat for three months.

His old owners moved out and left the two-year-old reptile with no food, water, heating or UV lighting.

He survived and was adopted by Paula Stewart, 39, from Liverpool, providing her with comfort after her dog died.

Paula, who runs The Animal Talent Agency, said: “I would love for him to model one day after all he’s been through.

“He suffered bone disease because of lack of food and has a bumpy spine and an overbite. He was so underweight and dehydrated but still so friendly and trusting.

“He was nursed back to health at the Cheshire Reptile Centre and I adopted him in January. I named him Georgie after my favourite footballer George Best. He sits on my shoulder while I’m working.”

GET your pooch smelling and looking great with the vitacanis.co.uk Puppy Bundle, made of 100 per cent natural remedies.

The bundle is £42.50 and we have six to give away. To enter, send an email marked VITA CANIS to sundaypets@the-sun.co.uk.

TORTOISES have topped the Eco Pets League, which judges the impact animals have on the environment.

A new study reveals that tortoises have topped the Eco Pets League, which judges the impact animals have on the environment[/caption]

Tortoises, which eat a vegetarian, unprocessed diet, produce little toxic waste and don’t need ferry­ing around in cars, taking for walks or grooming.

Large dogs were the least eco-friendly, due to having a high meat diet, needing regular grooms, having more accessories, produc­ing more poop and because owners were more likely to have a larger, less energy-efficient car.

Most read in Money

END OF AN ERA

Debenhams shuts its last store today - everything you need to know

Is Santander down? How to check if the website or banking app is working

Thousands of Santander customers locked out of app and internet banking

Ben Gallizzi, energy expert at money.co.uk, which carried out the study, said: “If we are to tackle the climate crisis we may need to rethink our relationships with animals.

“Cats and dogs are hugely popular but their red meat diet, along with several other factors, means they have a huge impact on the environment.”

After large dogs, the worst offenders on the list were horses, ponies, medium dogs and toy dogs. Mice, rats, hamsters and gerbils were the others in the top five eco-friendly pets.