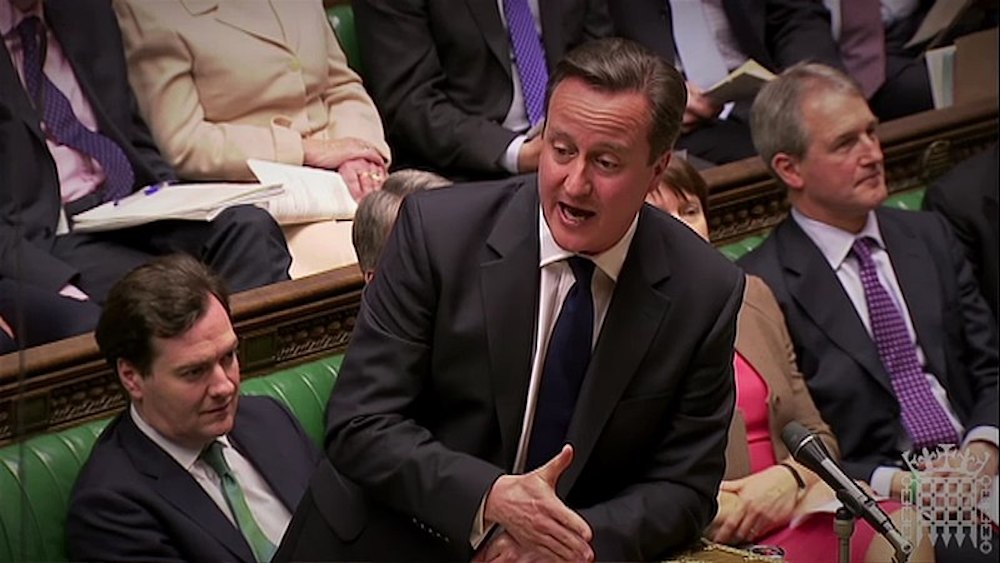 From us to WE: The Dickensian ‘Big Society’ seems to be back again, if it ever left

Who can forget the “Big Society”?

Just about everyone, it turns out.

“The Big Society,” cooked up by a senior aide to former British Conservative Prime Minister David Cameron, was the ridiculous idea neoliberal governments could shuffle off their key responsibility for assuring the welfare of the people they govern by letting charities do it.

This Dickensian notion was the perfect scam for so-called conservatives, for whom the only constituency that ever really mattered in a policy sense was the ultra-rich, but who for political reasons often need to project the impression they care about the poor and vulnerable and that their execrable ideology can somehow serve marginalized citizens too.

In a “big society,” the cost of legitimate social services would be dumped onto underfunded local councils, volunteers would be expected to pick up the slack, public libraries and public transit could close down for lack of funds, and drivers would have to do their own wintertime road sanding. Charities instead of the government could take the blame when this proved unpopular, as it inevitably would.

The Big Society was a key platform in Mr. Cameron’s 2010 election campaign and was a core part of the policies initially delivered by the Conservatives’ coalition with the so-called Liberal-Democratic Party that kept the PM in office after enough voters saw through the scheme to deny him the majority he sought.

That wouldn’t be Mr. Cameron’s only big idea, as it turned out.

He was also the big brain who came up with the plan to hold a referendum on Brexit that would appease the Conservative Party’s many annoying Little Englanders while ensuring the U.K. would continue to benefit from membership in the European Union. We all know how that turned out.

Like Brexit, the Big Society was a risible idea that would find a constituency here in Alberta.

Danielle Smith, then leader of the Wildrose Party, would champion it for a spell. “What Prime Minister Cameron is challenging Britons to consider, and what we in the Wildrose are challenging Albertans to consider, is perhaps there is a better way to care for the most vulnerable in our society,” Ms. Smith enthusiastically told a Wildrose Party clambake in Edmonton in the spring of 2011.

This idea didn’t appear to go far, though, in Alberta or anywhere else except the U.K., and by 2013 the sophomoric term had died out everywhere. The Globe and Mail called the Big Society “an ideological exercise in dismantling the welfare state, a return to Victorian disequilibrium where the many disadvantaged rely on the goodwill of the obliging few.”

But it’s starting to sound as if the Big Society has been hiding in plain sight all along. And I’m not just talking about food banks.

Consider the brouhaha about the WE Charity that prompted some Conservative attacks on Prime Minister Justin Trudeau for a few days but will probably peter out now that it’s been revealed such Conservative worthies as Laureen Harper, Peter MacKay and Andrew Scheer also seem to have ties to the organization.

This would explain Mr. Trudeau’s preposterous claim WE was the only organization in the country capable of running a nationwide COVID-19 student volunteer program, or his startling revelation, which is probably true, that the federal Public Service recommended enlisting WE for the job.

It’s possible WE was the only charity capable of managing a program of this scale, but it obviously wasn’t the only Canadian organization that could have run an endeavour that properly belonged in the public service itself.

Of course, if the public service had been tasked with this job, Conservatives would now be complaining about there being too many civil servants. This was apparently a prospect Mr. Trudeau’s Liberals feared more than the possibility the PM’s family connections with WE, which were no secret, might seem sketchy.

If they weren’t ordered directly to do so, the top mandarins of the Canadian public service were certainly conditioned to look for charities to do this kind of work because that’s the stealthy way neoliberal governments achieve their goals when voters can’t be persuaded they are sound policy.

And despite its recent layoffs and managerial upheavals, the WE Charity, founded 25 years ago as Free the Children by Marc and Craig Kielburger, has ensured it was well placed to respond to such opportunities. As is now obvious, the organization founded by the brothers in 1995 has assiduously cultivated a great many contacts in Canadian politics and media, and among their families.

So while we were all forgetting about the Big Society, it was apparently beavering away in the background, gnawing at our public services and flooding the swamp to help make our government less accountable and more mysterious.

This is not just bad policy, it’s also an excellent way to marginalize and defund charities whose goals do not fit the neoliberal dogma that prevails in government, as Stephen Harper attempted to do to environmental charities. This is work that his acolyte Jason Kenney continues in Alberta to this day.

There was no press release, but it seems the Big Society is with us after all, operating pretty much as intended.

From us to WE: The Dickensian ‘Big Society’ seems to be back again, if it ever left