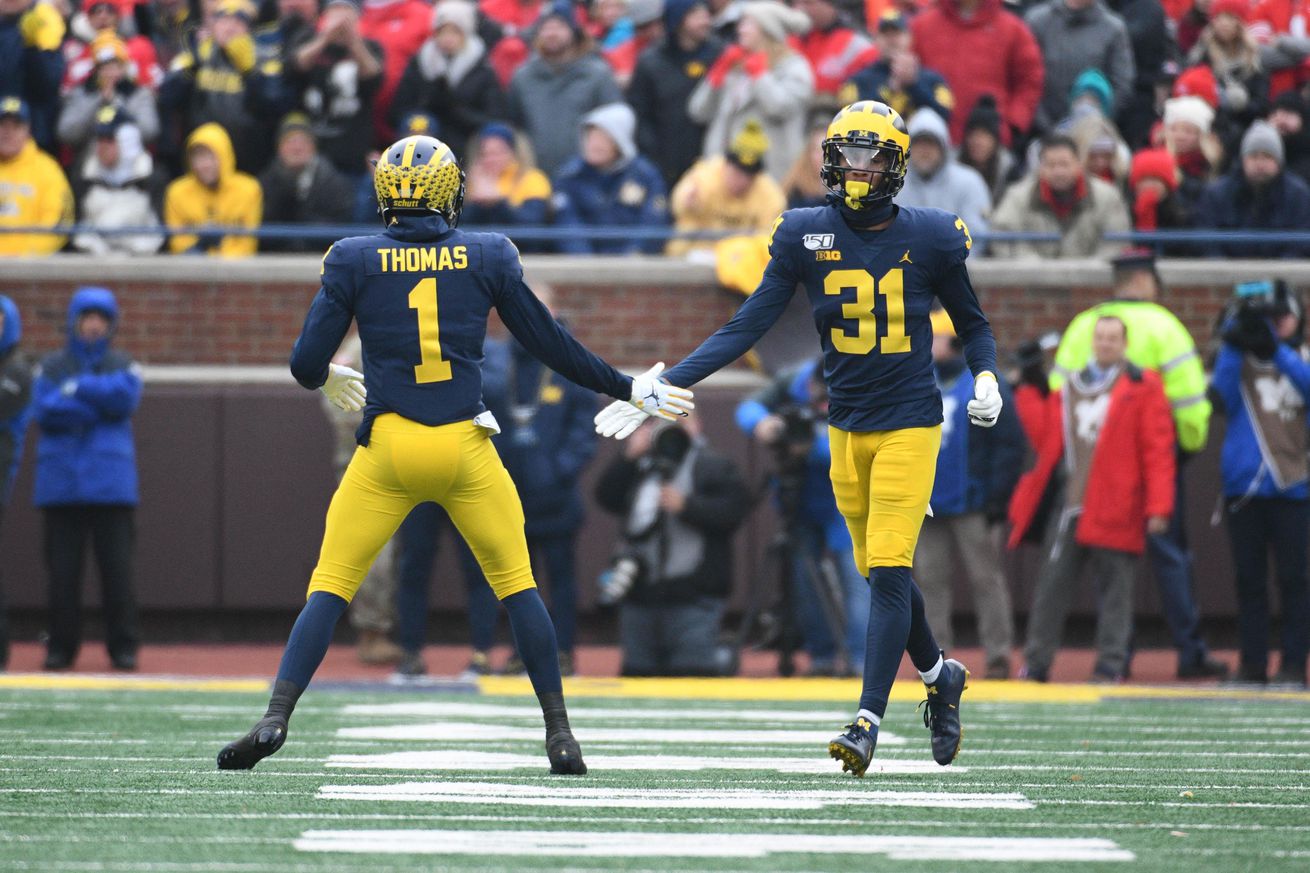 As we have said ad nauseum on here over the last couple weeks that five-star cornerback Will Johnson committing has been a big deal for the Michigan Wolverines’ recruiting efforts in the 2022 class. He has put his recruiting cap on and is going to bat for the Wolverines with some really good players.

In today’s Recruiting Roundup, we will detail a few guys he is going after, and dive into more recruiting news.

Will Johnson is recruiting some elite talent

Johnson recently interviewed with The Michigan Insider’s Josh Newkirk ($), explaining how it was a “relief” to commit to the Wolverines and detailing the reasons why he gave his verbal pledge to Michigan.

“I just felt like I knew that’s where I wanted to be,” Johnson said. “So, I thought it was better now than to wait. So, I can start with building the class and I had the best relationship with coach (Maurice Linguist), the new DB coach there. The DB rooms are kind of light right now. There is a lot of opportunity there. So that was a big reason too.

This all but confirms these are some of the top targets for the Wolverines in 2022. But let’s talk more specifically about one of those guys, who we haven’t discussed in some time now.

Sabb is one of the nation’s best safety prospects in 2022. He is the No. 1 athlete on 247Sports’ composite, and the No. 13 overall player. Michigan has been recruiting him hard, and has seemingly turned up the heat, according to TMI’s Brice Marich ($).

“Yes, I talked to the whole defense staff via Zoom call,” Sabb told Marich. “It went really well. Their message is I’m a top priority.”

Michigan offered Sabb long before the new defensive coaches came to town, but they have kept him as a top target on their board for this class. A big step in this recruitment will be getting him on campus, which may be difficult due to the extended dead period as a result of the pandemic. But the Wolverines are going to give it their best shot regardless.

Sabb is from the state of New Jersey, but will be playing his final season of high school football down in Florida at the prestigious IMG Academy. He holds other significant offers from Alabama, Clemson, Ohio State, Georgia, Oklahoma, Penn State, Oregon and more.

Among the top targets for Michigan at the linebacker position in the 2022 class is four-star Sebastian Cheeks. He was a top target before Mike Macdonald and his crew came to town, and he remains a top target for them moving forward. TMI’s Marich ($) caught up with Cheeks to get the latest in his recruitment.

“Yes, we’ve remained in heavy contact,” Cheeks said. “They are really putting me on notice. I love what they are doing with the defense and the new staff.”

Cheeks has been in contact the most with linebackers coach George Helow.

“He sounded authentic and made it clear about some of the goals he had in the upcoming class and what needs they think they were missing,” Cheeks said. “Both coach Helow and coach Macdonald told me they wanted more depth at backer because that’s what they feel the team is missing right now in terms of versatility.”

At the moment, all four crystal balls are in for Notre Dame. This seems to be an uphill battle, but not one the Wolverines cannot overcome. There is some work to do for Macdonald and Helow, so we’ll see if they are able to right the ship in time.

That’s all for today! Check back on Tuesday for another Recruiting Roundup.