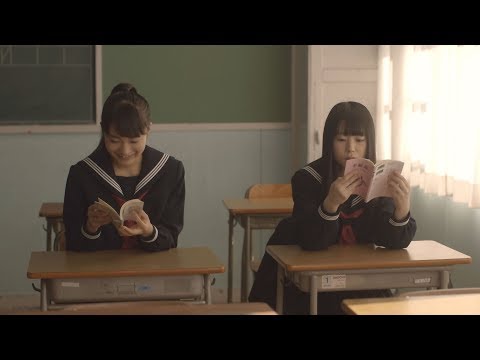 The Yuriten returns! Yuriten 2019, with main illustration visual by Nakatani Nio, main photo visual by Takahashi Minori, is holding their Yuri exhibition and popup shop in 5 cities: Tokyo from March 16-24, Osaka from March 30- April 7, Sendai from April 13- April 21, Nagoya from April 27-May 6 and Fukuoka, details TBD.  31 creators have committed so far. I won’t be able to make it this time (unless the world conspires for me to be there,) so if you have a chance to attend, please do let me know. We’d love a report.

The first event on my calendar is Toronto Comic Arts Festival where, fingers crossed, I will be doing a talk on 100 years of Yuri! Details TBD for this, also.

We have a bunch of new stuff on the Yuricon Store including two Galette items, Fuwafuwa・Futshika・Yumemitai, Volume 1 (ふわふわ・ふたしか・夢みたい) by Hakamada Mera and Ame to Kimi no Mukou (雨と君の向こう) by Momono Moto.

Tamafuru’s Tsukiatte Agetemo Iikana, Volume 1 (付き合ってあげてもいいかな) was popular enough that it sold out on Amazon almost immediately and had to be reordered. I made sure to pick it up while in Japan and expect to see a licensing announcement for it soon, because it’s a dead center hit for the current zeitgeist of adult women Yuri romance.

The Lillium Yuri Anthology is in planning stages and has announced the first set of contributors on their Twitter account. The anthology will include a contribution by the Kase-san series creator Takahashi Hiromi.

Lion Forge’s Summit, Volume 1 stars Valentina “Val” Resnick-Baker, the sole survivor of The Event space mission, who is now haunted by the loss of her teammates and her girlfriend Kay. Advertisted as STEMinist book, it is on shelves now. (Dear writers, not all adult lesbians have lost their lovers before the book begins. Try to find a new plot. Tx. Sincerely, adult lesbians without a dead lover. ^_^)

YNN Corespondent Mudakun has written in with  two items of note. Despite its problematic nature, Mudakun writes that in ENDRO, “what at first looked like random Yuri teasing (the un-named colleague repeatedly trying to get the diminutive demon lord – retired, now a teacher – drunk) becomes the core of a new arc in ep5 when the princess of the realm makes her appearance and decides that even if Hero is a pink-haired bubbleheaded girl, she is going to marry her Hero.”

And, as a second season has been announced, Mudakun is making a plea in support of Miss Kobyashi’s Dragon Maid.

Jinrui no Minasama is a survival game that Comic Natalie had filed under their Yuri category. One of the characters, Isana certainly seems to hang on another, Erina in many scenes. ANN has some specifics.

Another Comic Natalie item that ANN has a report on, Kimi to, Tzuredure is a live-action 3-part Yuri anthology following relationships between women at three different ages. This will get a theatrical release in March in Japan.

Here’s the trailer from Pony Canyon.

In every single store I visited with a Yuri section, was a Yuri photo collection called Yuri Sekai Hikareau Futari wo Kakutame no Pose Shuu (百合世界 惹かれ合うふたりを描くためのポーズ集 ), which is meant to be used as a reference guide for people drawing Yuri. People might use it for that, too. ^_^;  The funny thing was that I learned about this because the models followed me on Twitter, then I followed them and found the link to this book. It was in every Yuribu and Yuri corner in Tokyo. The cover illustration is by Fly, who also has an artbook, Maguerite, in the stores that I decided could be shipped to me rather than lugging it home.

Via YNN Correspondent Christian LeBlanc, we have news of the Canno Avatar generator, on which you can render yourself as a student at Seiran Academy. I can never use these, since gray hair is never an option. ^_^ (That’s why my avatar on Twitter is through the Boulet image generator, Le Bouletmaton. He was thoughtful enough to include both gray hair and cyncism.)

YNN Correspondent Ben W writes in to let us know about ANN’s report of an upcoming Rose of Versailles-inspired game for Nintendo Switch, Shiritsu Verbara Gakuen. One of you with a Switch will have to report back, I’m not buying a Switch just to try this out. ^_^;

ANN reports that 50 top Japanese voice actors have worked on a compilation of advice for prospective seiyuu, The Way of the Voice Actor. It’s in Japanese, but I might pick it ups just to see what everyone has to say after decades in what is not a forgiving or kind industry.

Do you have questions about Yuri? Write in and ask and I’ll do my best to address them on the Okazu YNN Podcast! Become a YNN Correspondent by reporting any Yuri-related news with your name and an email I can reply to!

Thanks to all of you – you make this a great Yuri Network!