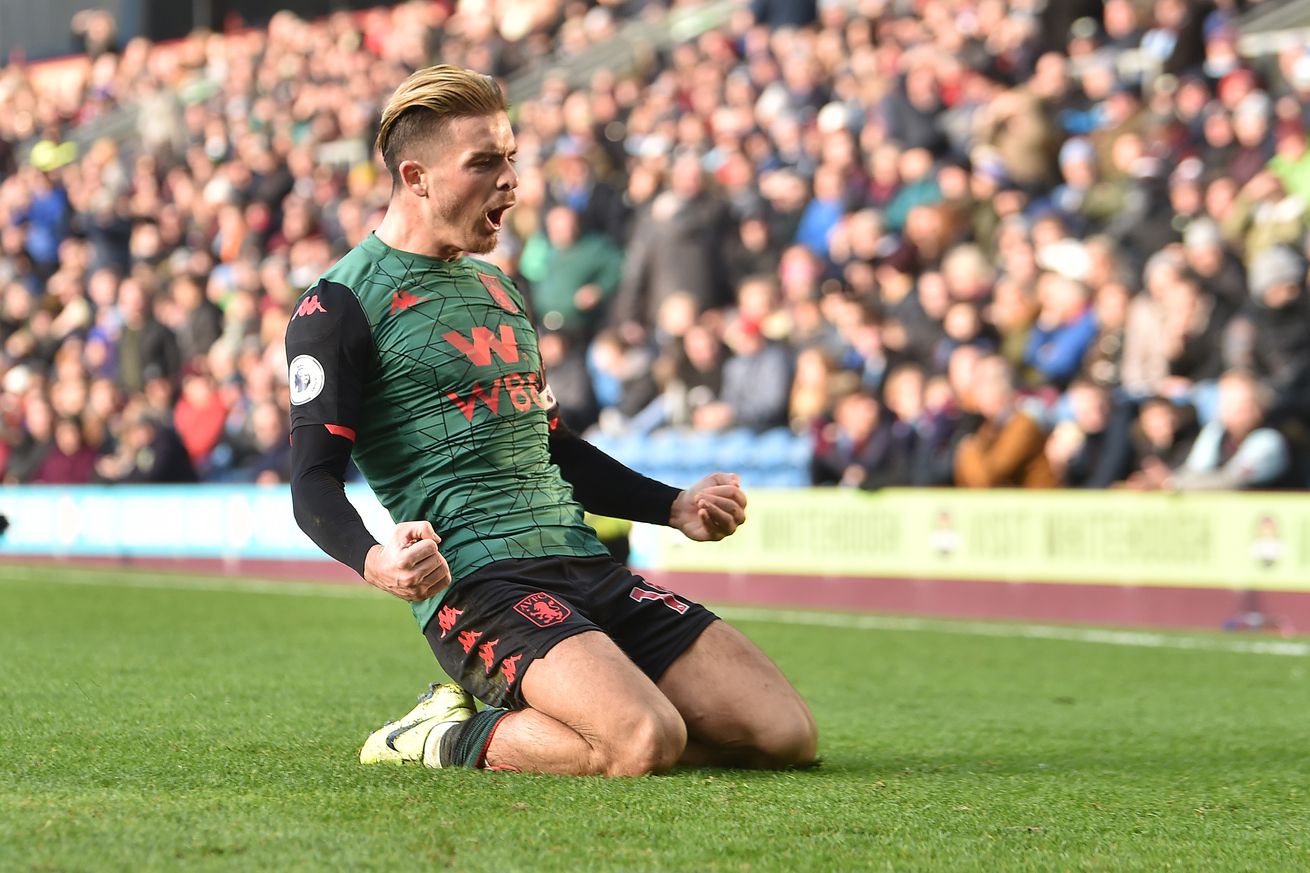 On a day where Dean Smith altered Aston Villa’s formation, goals from Wesley and Jack Grealish were enough to give Villa all three points at Turf Moor. Villa, however, will be anxious to get injury updates on Wesley and Tom Heaton, who were both stretchered off in the second half.

Dean Smith’s tactical shift paid off, as Aston Villa overcame VAR drama and injury concerns to move out of the bottom three on New Year’s Day, winning 2-1 at Burnley behind first-half goals from Wesley and Jack Grealish, and despite second-half injuries to Wesley and Tom Heaton.

Smith employed a change of formation for this one, ditching the standard 4-3-3 for a 5-2-2-1 or 5-2-1-2 setup, and it paid dividends on the first asking, as Villa dominated the first 45 minutes en route to a win. Villa thought they were ahead 11 minutes in, as a poor Burnley clearance fell right to Ezri Konsa outside the area, who played a beautiful ball in for Jack Grealish to turn home a perfect header.

This, though, was the VAR drama, as three minutes later, the goal was disallowed for the most marginal offside decision you’ll ever see. Wesley was adjudged to be fractionally offside, not on the goal or really in the build-up, but on an action that happened in the previous passage of play before Burnley cleared the ball.

This isn’t even the player who scored. What is #VAR? pic.twitter.com/kuZC0Ust8W

Villa nearly led on 20 minutes, as Ashley Westwood apparently thought he was back in a Villa shirt, feeding Grealish to create a double chance. Going 2-on-2 with the defenders, Grealish did well to feed wide to Wesley, whose shot was saved well by Nick Pope. The rebound was corralled by Villa, and Pope had to get down again to save a Douglas Luiz effort from outside the area.

Villa, who dominated the first half-hour with the lion’s share of possession and the only real chances, finally got their reward on 27 minutes. Grealish and Wesley played a series of passes to each other that eventually slipped the Brazilian striker through, who finished a beautiful goal off Pope and in to a chorus of… silence from the Villa supporters until the VAR check was complete.

Our Claret and Blues stayed on the front foot through the rest of the half, and Villa’s third goal of the day resulted in a 2-0 lead on 42 minutes. The Villa team worked the ball around well on the edge of the Burnley penalty area, with Grealish getting on the ball on the left half of the edge of the penalty area. Grealish got the ball onto his right foot, and he curled an effort inside the near post, grabbing the goal he was denied a half-hour earlier.

Villa nearly put the match away two minutes into the second half, when Luiz robbed Westwood of the ball and launched a Villa attack. Instead of picking out Wesley — the better option — Luiz found Grealish instead, who returned the ball to his midfield partner, who struck relatively weakly at the Burnley net.

Burnley finally got themselves into the game in the few minutes that followed, as two successive corners eventually led to what could’ve been a Jay Rodriguez tap-in — but the forward somehow pushed his shot from inside the 6-yard box wide and Villa’s 2-0 lead survived.

The home side continued to apply the pressure, but good play for Villa created a chance to extend the lead on the hour mark, against the run of play. Marvelous Nakamba pinged a great ball over the top for Wesley to run onto, with Grealish fouled on the edge of the area in the resulting play. Luiz’s free kick was dangerous, but it just evaded Kortney Hause at the far post.

Villa got another let-off on 63 minutes, when Chris Wood thrashed at a chance from the middle of the penalty area, and again on 66 minutes, when Westwood hit a free kick from the edge of the area straight at the Villa wall.

Villa caught a tough break on 70 minutes, as Wesley, who was in the midst of a terrific performance, was stretchered off with what looked like a knee injury. Ben Mee won the ball, but clattered through Wesley immediately afterward — and Villa were both denied a free kick and lost their striker.

Grealish slipped Jonathan Kodjia, Wesley’s substitute, in on 73 minutes, but the striker didn’t have the best angle to go for goal, and his shot evaded both the frame and an onrushing Trézéguet. The Egyptian came off in the 77th minute after a strong performance, with Conor Hourihane replacing him in a quasi-like-for-like substitution.

Villa were on the wrong side of both VAR and injury drama again on 80 minutes, as Burnley pulled a goal back on their first shot on target. A potential foul on Tyrone Mings went unnoticed in the build-up, and Chris Wood headed home from point-blank range at the far post, while Tom Heaton had to be stretchered off with a non-contact injury suffered trying to make the save.

Luiz had a great chance to finish the match in the fourth minute of injury time, but the midfielder — who was perhaps surprised he wasn’t whistled for a foul — sent his chip attempt from the corner of the box straight at Pope.

The injuries to Wesley and Heaton meant Villa were forced to defend their lead for nine added minutes, and they did so successfully. Tyrone Mings made a great sliding block in the box in the eighth added minute to stop a dangerous Burnley low cross from coming in, and Ørjan Nyland caught the resulting corner in his first real action since coming on as a substitute.

All in all, Villa were the better side and saw out a deserved, and much-needed, three points, securing their first league win at Turf Moor since 1936, but will be hoping for good news on the injury front as they head into a pair of cup ties before seeing Manchester City next in the League on 12 January.