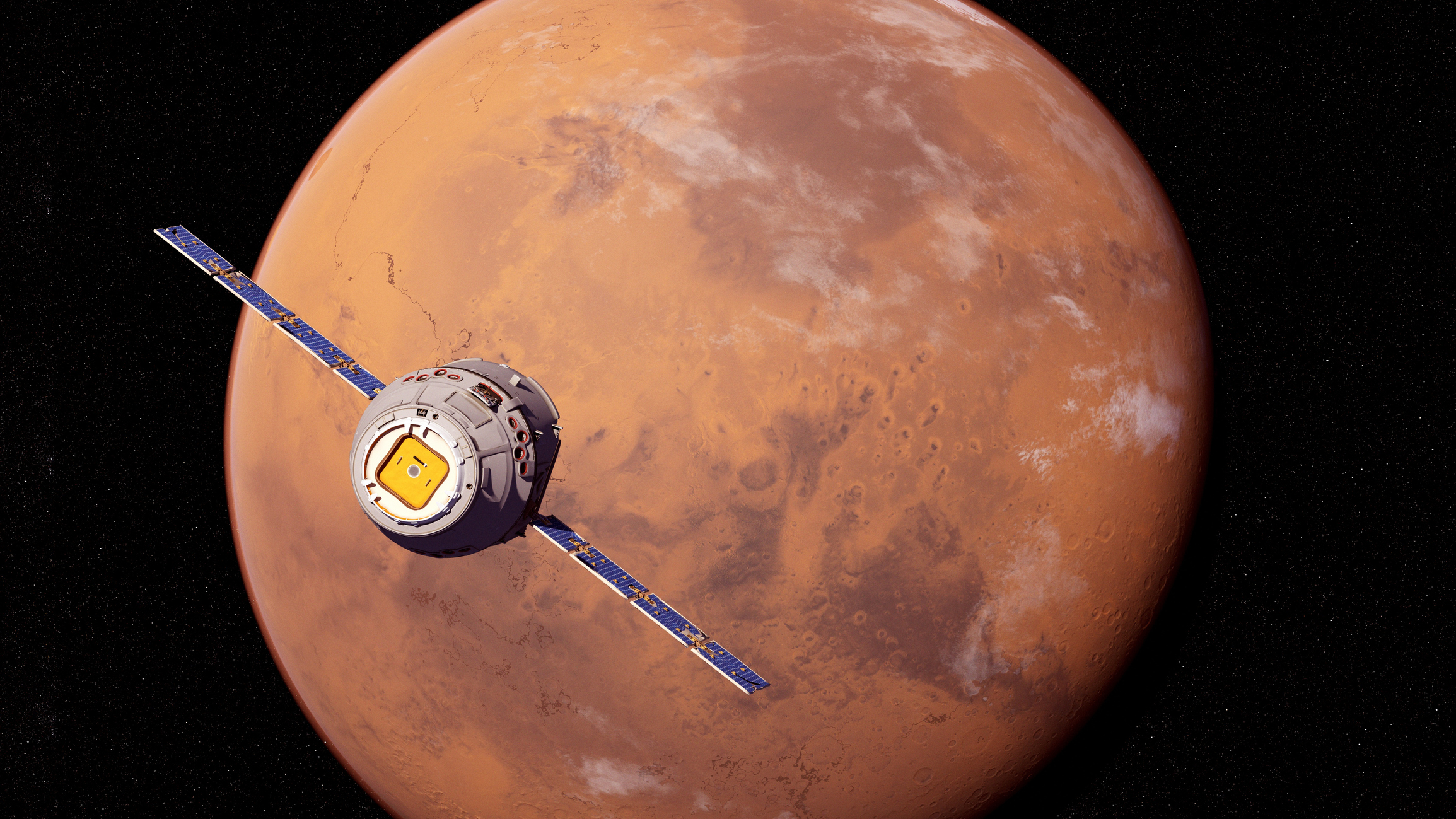 China aims to be only the second country, after the US, to touch down on Mars with its Tianwen-1 rover – but will it succeed?

It’s made a good start, after its rover-holding satellite entered orbit around the Red Planet today.

Tianwen-1, or the Quest for Heavenly Truth, is the second probe to enter Mars’ orbit this week, after the UAE’s Amal probe arrived at Mars yesterday.

They will be closely followed by Nasa’s Perseverance rover in just over a week’s time.

Tianwen-1 is a double orbiter and rover, with the latter half of the mission aiming to touch down in May via a lander.

China’s flagship space mission launched in from Earth last July, when alignment between Mars and Earth made travel time between the two planets relatively short.

The first images from Tianwen-1 beamed back to Earth last week, showing images of Mars from around 1.4 million miles away from the planet.

Tianwen-1, a solar-powered rover weighing 240kg, will operate for around three months, and search for underground water and evidence of fossilised Martian life.

China has sought to visit the Red Planet once before, launching a joint effort with Russia in 2011 that failed to escape Earth’s orbit.

What will Tianwen-1 do?

Tianwen-1’s aims are almost all scientific.

And that could include searching for aliens – both past and present.

There has long been speculation that microbial life could exist on Mars, but definitive proof has yet to be found.

But searching for life is only a small part of the Chinese mission – the Tianwen rover will also produce surface maps, determine soil composition and look for water ice deposits on the planet.

Two years ago, China revealed a simulation Mars base on Earth – if it wants to install a real one, information from Tianwen will be vital.

The rover will also examine the Martian atmosphere, looking closely at the ionosphere, one of the highest atmospheric layers.

How will Tianwen-1 land on Mars?

Once Tianwen-1 has travelled the relatively short distance between Earth and Mars (they’re at their closest point in years), it will have some complicated manoeuvres to perform.

It’s already had to fire its thrusters several times to keep on track to the red planet.

But in May the real task will begin, when China plans to land its rover on the Mars surface.

Tianwen-1 will aim to land on Utopia Planitia, a vast meteor crater in the planet’s northern hemisphere.

The basin was previously visited by Nasa’s Viking 2 lander in 1976.

China hopes to understand the distribution of ice in the region better, in order to support potential future human Mars colonists.

But the descent is not easy – the only option is to descend at a relatively high speed through the thin atmosphere, and burn the little fuel the spacecraft has at the last second to cushion the landing.

Even with the thin atmosphere, there is still intense heat generated that needs to be dealt with by the spacecraft, being either absorbed or dissipated.

While there are three rovers currently on Mars, many more have crashed due to the difficulty of the landing.

A large reason for the delay between entering orbit, which Tianwen did today, and landing, is to survey the area for an appropriately safe landing spot.

Once the rover lands, China will name its craft – the final name has yet to be decided, but names in the running include Hongyi, meaning ambition and persitence, Qilin, a mythical hoofed creature, and Nezha, a rebellious young deity.

What are China’s space plans?

Mars isn’t the only item on the menu for China’s space agency.

In November, it’s Chang’e-5 mission launched for the moon, to collect lunar samples for scientists on Earth to study.

It returned to Earth in December with the first new collection of moon rocks since the Soviet Union’s last lunar mission in 1976.

China’s other plans include an asteroid probe named ZhengHe, to bring Martian samples back to Earth later this decade, and a Jupiter exploration mission planned in 15 years time.

China also hopes to have a lunar research station operated by robots, but the date for that is still a way off in the future.

How many other Mars missions are there?

Spacecraft launched to Mars tend to stay there until they fail or run out of power, so the planet’s getting a little crowded.

There are currently six orbiters around the planet – three from Nasa (Mars Odyssey, Mars Reconnaissance Orbiter and MAVEN), two from Europe (Mars Express and ExoMars) and one from India (Mangalyaan).

Down on the actual Mars surface are two American rovers, Curiosity and InSight.

A third American rover, Opportunity, was roving until 2019, when a powerful dust storm caused it to lose power and connection with Earth.

Alongside the current missions, there are even more scheduled to arrive soon.

After Tianwen and Hope, which also arrived this week, Nasa’s Perseverance will skip orbit and touch down on Mars in just over a week’s time.

Perseverance is similar in design to Curiosity, which is currently mapping the Gale crater, but will carry a different set of scientific instruments.

It will explore the dried-out Jezero crater, which scientists believe might be a candidate for fossilised microbial life.

Perseverance will be accompanied by a friend, too: it will drop off the Ingenuity helicopter just after landing.

Ingenuity, the first helicopter to be flown in the Martian atmosphere, will attempt to demonstrate Mars can be explored by air as well as by ground.