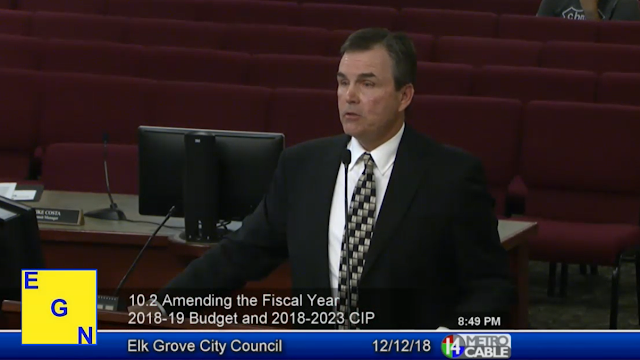 One of the major stores that developed in Elk Grove last year was the lawsuit initiated by the city over the delayed opening of the District56 aquatics center. That story is already spilling into 2020.
The lawsuit was filed by the city against contractors on the District56 swimming pool and associated facilities against, among others, Arntz Construction and Big B Construction. Unlike many lawsuits that grind through the courts will little visibility, this one has been kept front and center by one of the defendants, Big B.
One of Big B co-owners, Brian Ericson, has frequently appeared before the Elk Grove City Council, asserting the construction delays at the facility were the responsibility of Willdan, who was responsible for the design. Ericson has produced emails from a city employee noting what he said were design flaws by Willdan that caused the work order changes and resulting cost overruns.
In December 2018, public works director Bob Murdoch appeared by the city council seeking more money from the city's coffers to complete the project. As you will see in the video posted below, Murdock seemingly validated Ericson's claim that the delays were the result of Willdan's faulty design.