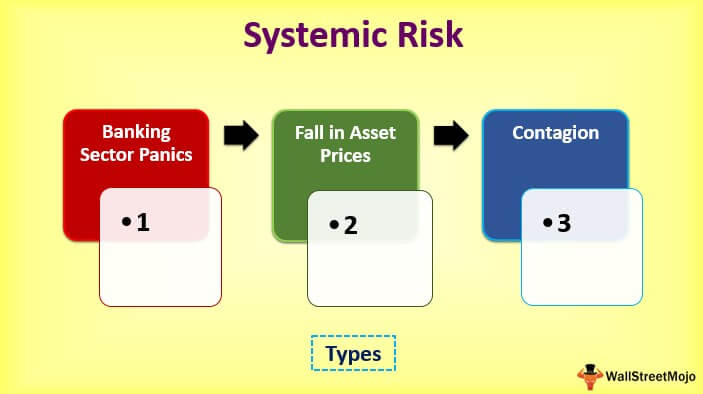 Systemic Risk is the probability or risk of an event that could trigger the downfall of an entire industry or an economy. It happens when capital borrowers like banks, big companies, and other financial institutions lose capital providers’ trust like depositors, investors, and capital markets, etc. This type of risk cannot be gauged or quantified, but strict measures can be taken to manage and regulate it. In the 2008 financial crisis, systemic risk was one of the major contributing factors.

One of the recent examples is the 2007-08 financial crisis, which started due to trouble in the subprime mortgage market in the U.S and the collapse of Lehman brother Inc. The collapse of this big company led to the liquidity crunch which speeded to all the credit and financial market and resulted in economic crisis or depression in the U.S.

The recession resulted in a global fall in trade and investment, sovereign debts crisis, recession in other advanced economies including Europe, and finally the great recession of 2007-08 which only cleared out in late 2009.

After the 2007-08 global recession, financial regulators across the world started focusing on decreasing the vulnerability factor of organizations to alike circumstances. For these they took the following steps:

The prevention of systemic risk is taken care of by the financial regulators across the world after the 2007-2008 financial crisis. They took the following steps to ensure that the economy can be saved from similar kinds of events in the future:

This has been a guide to Systemic Risk and its definition. Here we discuss its overview, types, examples, causes and its impact. You can learn more about finance from the following articles –