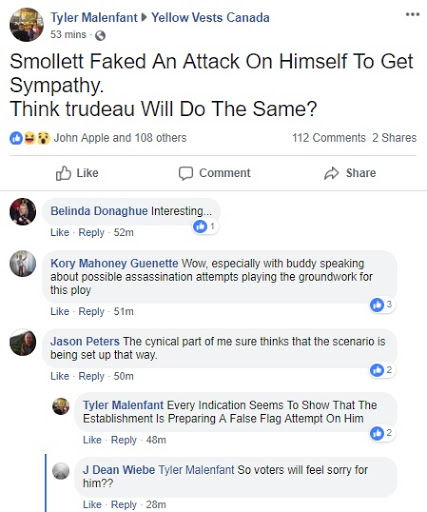 Yellow Vesters and Others, Including (Former?) Soldier Continuing to Engage In Assassination Fantasies

On Thursday, Privy Council Clerk Michael Wernick appeared before the House of Commons justice committee to address questions concerning SNC-Lavalin, however he also discussed the increasingly dangerous political climate specifically referring to an incident during the United We Roll/Yellow Vests rally that occurred earlier in the week:

Pro or anti #pipeline no one  should ever encourage a crowd to run over  their political opponents. Senator David Tkachuk did just this today at the #UnitedWeRoll rally. Shameful behavior @SenateCA #CDNpoli pic.twitter.com/S5C0aaga5c
— Patrick McCurdy (@pmmcc) February 19, 2019

Hey @AndrewScheer @TheRebelTV has been influencing people to commit acts of homicide and violence. As a party concerned about our tax dollars, why are we funding David Tkachuk's subscription to hate? #WeakAndy #WeakLeader #cdnpoli https://t.co/9nIKIN9JF8
— Patricia 🐓🍷🙅🏻‍♂️ (@PattyOLimerick) February 23, 2019

Wernick spoke about his concern that the language being used by some politicians were examples of, "violence-inciting rhetoric that may lead to an assassination during the upcoming federal election campaign." A number of politicians on the right criticized Mr. Wernick as well as others who echoed his concerns:

Fact: United We Roll preaches hate towards minorities and immigrants

Fact: Organizers for UWR have called for the murder of Canadian public figures

Fact: Scheer knows this, and gladly uses them for his fear-mongering.#ScheerMongeringhttps://t.co/GrLOClksw3
— Iqra Khalid (@iamIqraKhalid) February 22, 2019

This is so inflammatory and over the top I have to wonder if the MP even wrote it herself.  Her tweet history tone is much more informative for her constituents and does not match the tone in this outrageous and disingenuous tweet. https://t.co/MOGeZNzsUw
— Lisa Raitt (@lraitt) February 23, 2019

Of course this blog as well as Yellow Vests Canada Exposed, the Canadian Anti-Hate Network, and a number of journalist have already provided ample evidence for Mr. Wernick's and Ms. Khalid's statements:

Sadly @iamIqraKhalid has done her research. Check it out for yourself at @antihateca supporters and admins of YVC have engaged in racist even violent behaviour. Hope u can join her in expressing ur own concern. Many Tx. https://t.co/lR3Q7nJvkR
— BernieFarber (@BernieFarber) February 23, 2019

Mr. Wernick's concerns were dismissed by Yellow Vests Canada founder and Facebook group administrator Marc "Tyler" Malenfant who suggested that any attempt to murder a Canadian politician would be a "false flag" which is the claim made by similar groups whenever the toxic rhetoric results in a real world tragedy. Not surprisingly he used the recent case of Jussie Smollett to make his point: 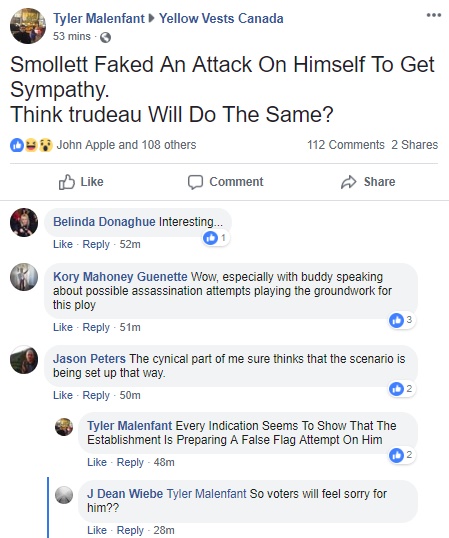 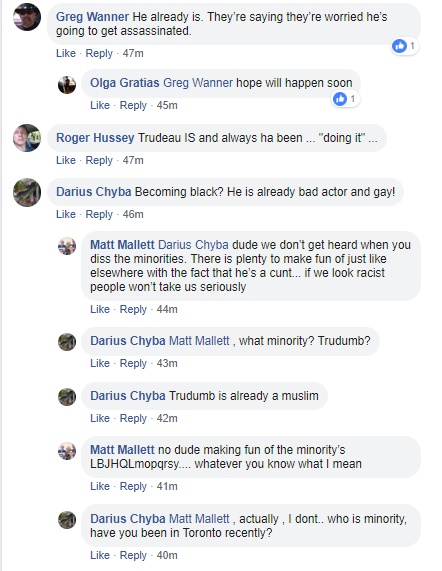 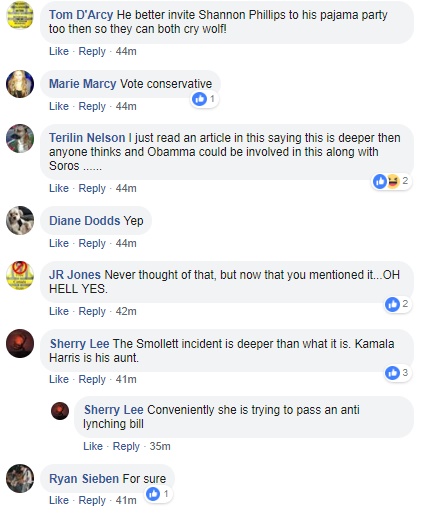 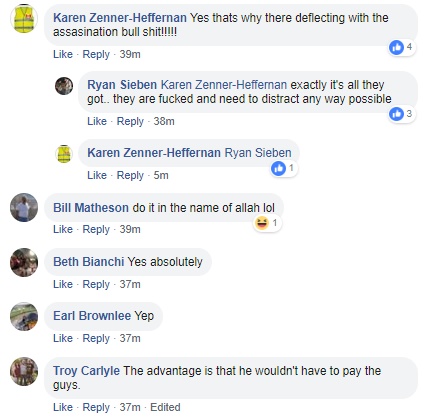 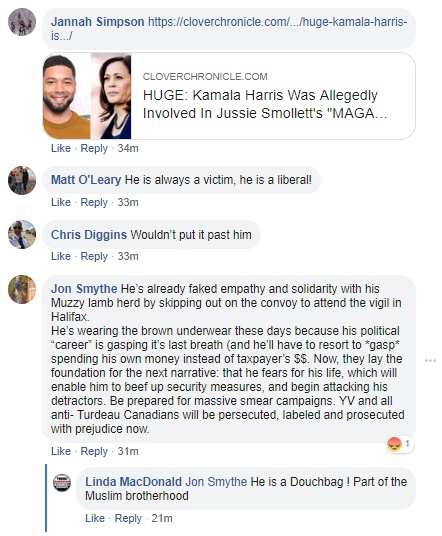 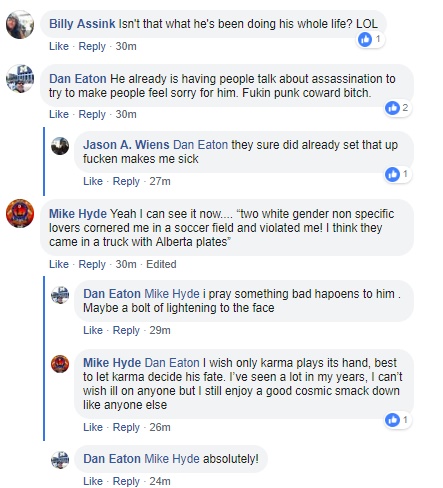 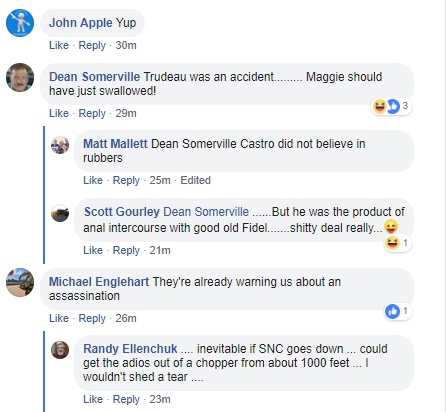 Of course one can already see the problem with Malenfant's claim in that even in this thread many reactionary Yellow Vest members are openly hoping for the assassination of the prime minister. Also problematic is that prior to Malenfant suggesting that any attempt to murder Trudeau would be a false flag, the topic was already being discussed on the group's Facebook page: 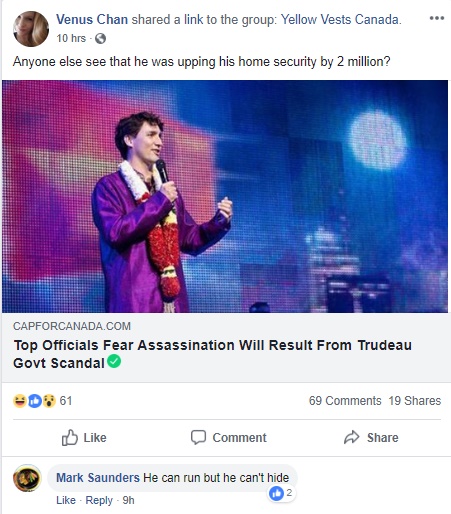 There are two threads responding to this specific link. I would first note that it is a link not to a reputable news site, but that of the Cultural Action Party, a fringe ethnic nationalist party run by Brad Salzberg who has ties to hate groups including the Soldiers of Odin and the Worldwide Coalition Against Islam. The title itself is misleading; Mr. Wernick wasn't specifically referring to the SNC-Lavalin situation but to the general political atmosphere. Also, while Wernick doesn't specifially refer to Trudeau, those commenting assume that he is referring to the prime minister as the potential target and theeyyyyy LOVE that! 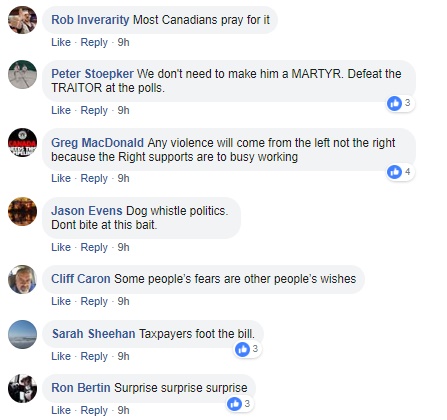 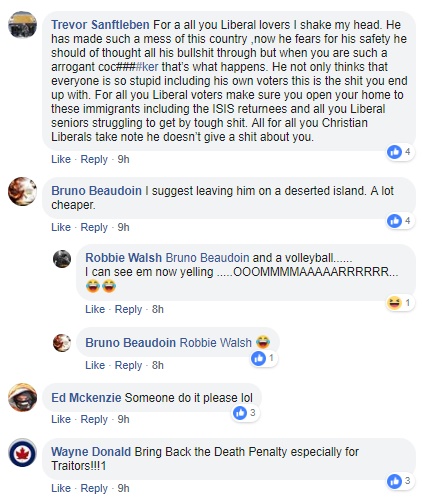 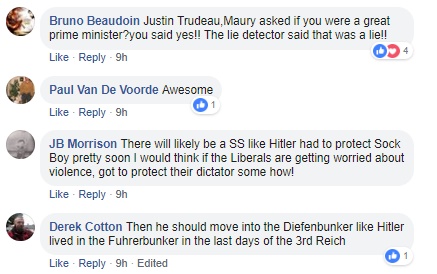 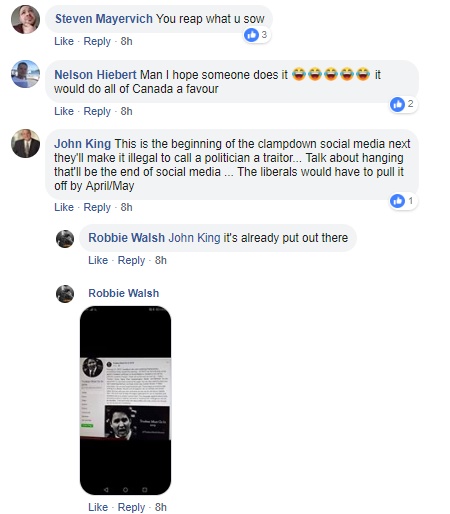 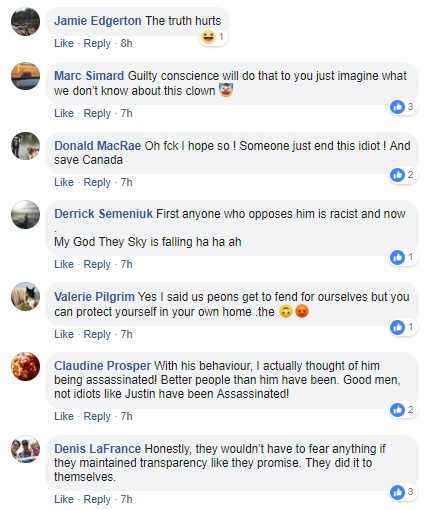 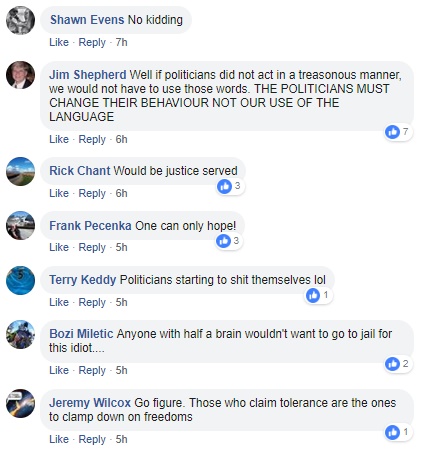 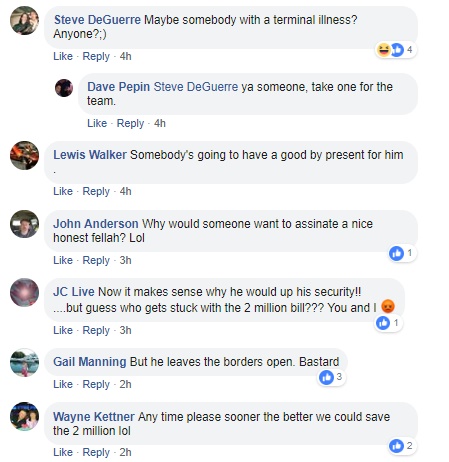 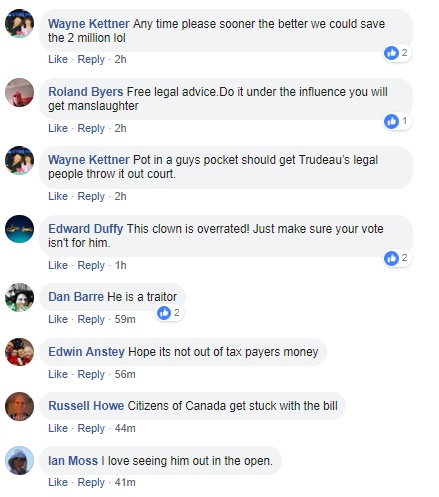 Yellow Vesters and Others, Including (Former?) Soldier Continuing to Engage In Assassination Fantasies