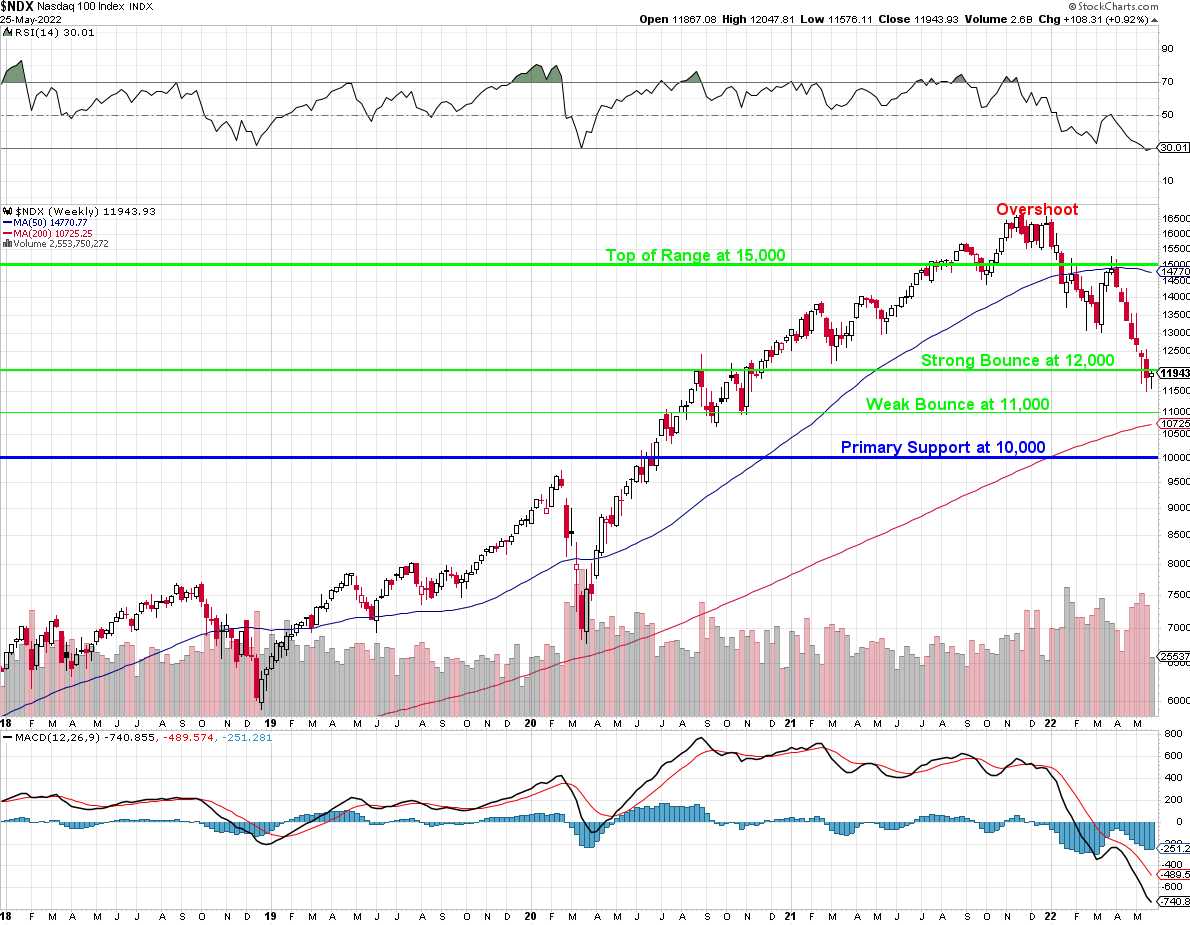 Yet, somehow, people didn't think that was riduculous and unsustainable.  What could those companies have done to justify a 50% pop in valuation in 24 months, let along the 120% pop of the previous 4 years?  Noting is the correct answer, as it turns out and now we are back to 12,000, which is still 20% above 10,000 – which is the next real support line. 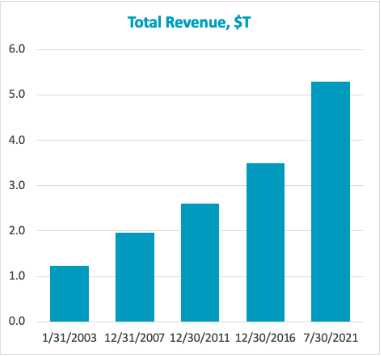 Were the companies in the Nasdaq 100 making 100% more than they were in 2016?  That's how we would have justified 10,000.  At 15,000, they would have had to make 200% more than they did in 2016 but noooooooooooo!, they were making the same or LESS for the most part and only the earnings multiples had changed.  That's why there's this massive general collapse of the index – it has nothing to do with whether or not the companies are hitting their earnings but what multiple people are willing to apply to those earnings and that's based on forward expectations and those have been dropping off considerably.

The chart on the left is for the entire Nasdaq Composite, not just the 100 but it includes them and, as you can see, Revenues were up about 50% since 2016 so profits certainly were not up 200% – MAYBE 100% and there was no realistic way we were going to get to 200% – even without Covid, Deficits, Global Warming, Supply Chain Disruptions, Labor Shortages, Commoditiy Shortages, Inflation and War.

Once investors started to recoginize these things were not "transitory", they began to factor them into their forward earnings expection and PRESTO! – the…