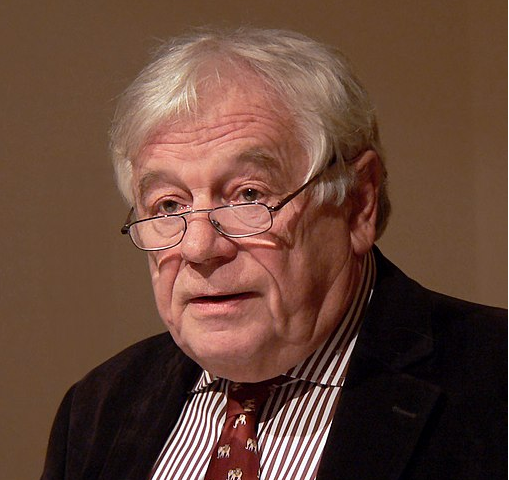 Part of the challenge of the antisemitism debate is its sheer multiplicity of aspects. One cannot simply rate a specific act according to the International Holocaust Remembrance Alliance (IHRA) definition of antisemitism to determine whether it is or is not antisemitic. The IHRA definition, which required the agreement of more than 30 western countries and was accepted by the IHRA Board in 2016, was a major achievement—but it covers only some of the many manifestations of antisemitism.

The previous chairman of the British Labour party, Jeremy Corbyn, called the genocidal antisemitic organizations Hamas and Hezbollah his “brothers” and “friends.” While these statements were expressions of extreme antisemitism, they are not covered by the IHRA definition. Many other antisemitic acts do not fall under the definition. The IHRA text had to be short, with a limited number of examples. Its creators likely did not envision that a leading western politician would openly identify with genocidal antisemites.

Many people who are not themselves antisemites are nevertheless their allies. This can be seen most readily in Germany. Antisemitism problems that were already present have greatly increased since the 2015 welcome policy for immigrants, as many of those who arrived in Germany from the Muslim world are antisemites.

Chancellor Angela Merkel is the leading importer of antisemites into Western Europe. An indirect result of her open-door immigrant policy was the growth of the right-wing party AfD, which has an extreme wing containing many problematic figures.

The allies of antisemitism in Germany come under a variety of headings. A major subset are those who whitewash antisemites, antisemitic acts, or both. One case earlier this year was the Achille Mbembe affair. This Cameroon-born philosopher teaches at Witwatersrand University in Johannesburg. He had been invited to be the keynote speaker at the Ruhr Triennale, a major music and culture festival that was to have taken place this summer (it was canceled due to the coronavirus pandemic).

It became known after his invitation that Mbembe was an extreme anti-Israel inciter and antisemite. German journalist Alan Posener would later prove that Mbembe is an anti-enlightenment supporter, democracy minimizer, and nihilist. More information emerged about Mbembe’s antisemitic positions and behavior even after the cancelation of the event to which he had been invited.

Many intellectuals in Germany and abroad, including in Israel and Africa, whitewashed Mbembe’s antisemitism. Among the signatories to one of the open letters written in Mbembe’s defense was Wolfgang Benz, who was director for the Center for Research on Antisemitism at Berlin Technical University between 1990 and 2011.

In an article, Mbembe showed himself to be a liar, as he falsely claimed he had been attacked because he is black. He also claimed his attackers came from the extreme right, which was untrue. Most of the criticism of Mbembe came from mainstream writers.

In this debate, a second category of allies of antisemites appeared. They not only whitewashed Mbembe but also demanded that the German government fire the national antisemitism commissioner, Felix Klein. Earlier in the debate, Klein had called Mbembe an antisemite, a charge that was accurate when Klein made it and was later supported by additional information.

To combat the country’s rampant antisemitism, the German government appointed Klein in mid-2018 as its first national antisemitism commissioner. He has done a remarkable job of calling out many aspects of antisemitism in Germany. The removal of such a key figure would be a great boon to antisemites and their allies. When Klein was attacked, he received much support from German organizations as well as from abroad.

This more aggressive category of allies of antisemites contains Jewish instructors at Israeli and US universities as well as Jewish artists, many of them well-known Jewish masochists. They wrote to German Minister of the Interior Horst Seehofer claiming that Mbembe was not an antisemite, that the BDS movement is not antisemitic, and that national antisemitism commissioner Felix Klein should be dismissed.

On May 17, the Bundestag adopted a motion equating BDS with antisemitism. In response, 240 Jewish and Israeli scholars wrote a letter rejecting this equivalence. They called on the German government not to endorse the motion and to protect freedom of speech, which they claimed was under attack. It was a letter over which German antisemites could rejoice.

The book claims that the BDS movement is marginal and has the sole aim of ending the so-called Israeli occupation of Palestinian territories. Yet it is widely known that some groups within the BDS movement call for violence, promote antisemitism, and have links to terrorist organizations.

The pejorative expression “Du Jude,” or “you Jew,” is widespread in Germany, but the book claims that the expression is not necessarily antisemitic. This is a typical example of minimizing antisemitism.

Antisemites and their allies often say the IHRA definition prevents criticism of the Jewish state, but this is false. The IHRA defines the following as characterizing antisemitism:

Denying the Jewish people their right to self-determination, e.g., by claiming that the existence of the State of Israel is a racist endeavor, applying double standards by requiring of it a behavior not expected or demanded of any other democratic nation, using symbols and images associated with classic antisemitism (e.g., claims of Jews killing Jesus or the blood libel) to characterize Israel or Israelism, and drawing comparisons of contemporary Israeli policy to that of the Nazis.

In August 2020, 60 German and Israeli intellectuals and artists sent an open letter to Chancellor Merkel accusing Klein of suppressing debate and muzzling criticism of the Israeli government. Benz was among its signatories. Klein noted that none of the signatories of the letter attacking him acted when the German government adopted the IHRA’s working definition of antisemitism in 2017.

German antisemitism expert Gunther Jikeli pointed out that this letter was an attempt to brand the accusation of antisemitism as a scandal rather than antisemitism itself. He noted that many of the signatories of the anti-Klein letter have made critical statements of Israel in the past.

Antisemitism scholar Monika Schwarz-Friesel reacted to the letter by the 60 intellectuals by stating that a climate of fear does exist in Germany—not among left wing intellectuals but among Jews. The anti-Israel narrative in the country is aggressive, and pro-Israel or even Israel-neutral voices are discredited.

To expose the high-sounding, pseudo-moral claims of the allies of antisemitism, one need only ask a simple question. How much have these individuals published in the past few years about the death culture that permeates Palestinian society—the promotion of genocide by Hamas, the rewarding of Palestinian murderers by the Palestinian Authority, and so on?

Consider Wolfgang Benz once again. In 2014, he claimed in an interview with Die Zeit that antisemitism had not increased in Germany. He made this claim despite attacks on Jews and Jewish sites during Israel’s defense operation in Gaza.

In 2018, two youths took down an Israeli flag and tried (unsuccessfully) to burn it. The largest German newspaper, Bild, took this as evidence of Muslim antisemitism. Benz reacted by saying, “Taking down Israeli flags in the street does not make you antisemitic.”

In a 2019 interview, Benz said about the Palestinians: “Empathy for the civil population of occupied Palestine is not antisemitism.” He did not find it necessary to mention the Palestinians’ genocidal currents and glorification of the murder of Israelis, including civilians. Benz also expressed the whitewasher’s claim that anyone who considered the boycott movement antisemitic was a fanatic who was not capable of objective judgment.

In a 2020 interview, Benz claimed that “95% of hate crimes against Jews were perpetrated by right-wingers and not newcomers.” It is unthinkable that Benz, the antisemitism expert, does not know that these German statistics are manipulated. In half of the antisemitic incidents, the perpetrators are unknown. Authorities assume they are all right-wingers.

The Israeli government has never seen fit to create a professional body to combat propaganda against it around the world. Thus, the battle against the most sophisticated forms of aggressive anti-Israelism is left to a few individuals. They do what they can, but this needs to be a national effort.

Dr. Manfred Gerstenfeld­­­­­­­­­­­­­­­­­­­­ is a Senior Research Associate at the BESA Center, a former chairman of the Steering Committee of the Jerusalem Center for Public Affairs, and author of The War of a Million Cuts. Among the honors he has received was the 2019 International Lion of Judah Award of the Canadian Institute for Jewish Research paying tribute to him as the leading international authority on contemporary antisemitism.