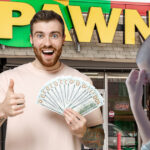 In what can only be described as a Christmas miracle, the holiday news cycle has brought us yet another heartwarming tale of how love can rise above circumstance. This holiday season, one modern couple inadvertently recreated The Gift of the Magi when this girl sold her hair to get her boyfriend the tattoo he’d been wanting all year. Meanwhile, her boyfriend sold his guitar to buy himself the exact same tattoo.

What a lucky couple!

Hattie Kennedy only works part-time at a used book store while trying to get her Installation Art career off the ground, but she still wanted to get her partner, Randal Quinn, something special for their pagan solstice celebration. After much self-introspection, Hattie decided to sell her luxurious, oft-complimented long blonde hair to a local artesian wig company. She shaved her head almost to the scalp in an effort to get enough money to afford the tattoo for her beloved.

“Randal is always saying how he wants a tattoo of Leatherface eating at a Waffle House on his upper thigh,” Hattie posted in the subreddit r/Relationship_Advice. “Wasn’t he going to be shocked when I put a non-refundable deposit down for a session with one of the best artists in the city? Hair will grow back, even if it did turn out that I have a bit of a lumpy skull.”

In an ironic twist worthy of O. Henry, Randal had holiday plans of his own. Randal was also strapped for cash and decided that he would pawn one of his seven guitars to have a little extra cash for something special as well. Without telling Hattie, he paid a friend to give him the Leatherface/Waffle House tattoo.

“I’m just about out of real estate on my skin for tattoos, but I’ve been saving space for this baby,” Randal said from his friend’s basement/tattoo parlor. “Luckily, the dude at the pawnshop gives me a good deal and I’ll be able to buy my guitar back once I ask Hattie to float me a loan. She’s good like that.”

Upon returning home with a shorn scalp, Randal told Hattie that her new haircut was super ‘punk’ and that she should dye what little hair she had purple. He then promptly showed Hattie his new tattoo and she started to cry. He assured her once the infection cleared up it would look awesome.

We followed up with Randal to ask what gift he ended up getting for Hattie. Randal swore loudly and asked us what gas stations were still open.