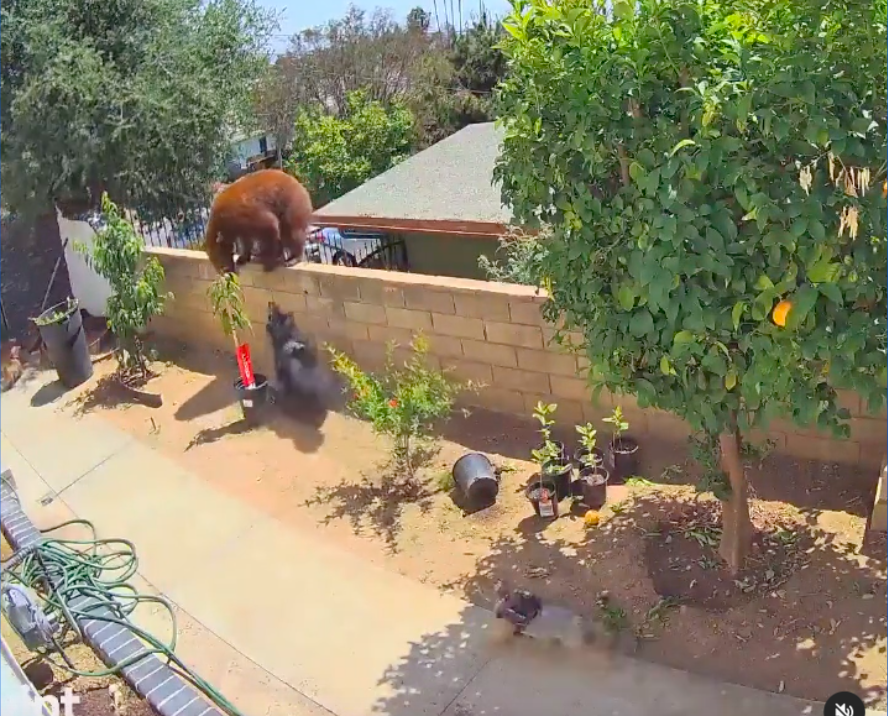 A young Bradbury resident won’t soon forget this past Memorial Day weekend because she squared off against one of California’s more prominent apex predators – a mother bear with its young cubs.

Hailey Morinico, just 17 years old, heard her dogs barking at something in the backyard. In a TikTok video, Morinico explained that she went outside to tell them to knock it off when she saw what she thought, at first, was a funny looking dog.

The animal’s true identity dawned on Morinico soon enough, and she made a beeline straight for the mother and its two cubs who were perched on top of the wall that divides her house from her neighbor’s. The bear reached down to pick up Valentina, the youngest of her dogs, so Morinico pushed the bear just hard enough for it to lose its balance on top of the wall. She then picked up Valentina, shooed the other dogs back toward the house and ran off.

The bear regained its footing and walked in the opposite direction of Morinico toward its baby cubs. Morinico said she sprained a finger and skinned her knee but is otherwise fine.

It’s not uncommon to see bears in Bradbury and nearby cities. The town sits very close to Angeles National forest and the San Gabriel Valley, so wild animal sightings are common.

Less common though is the image of a young woman besting a bear in a physical confrontation. But when your protecting your kids, as Morinico calls her dogs, anything is possible.

The same is true for bears. Humans are rarely attacked by bears in California, according to the California Department of Fish and Wildlife. When it does happen, it is usually because the animals were surprised or defending cubs. A bear in Monrovia last year was unable to make it back to nature after being surrounded by media.