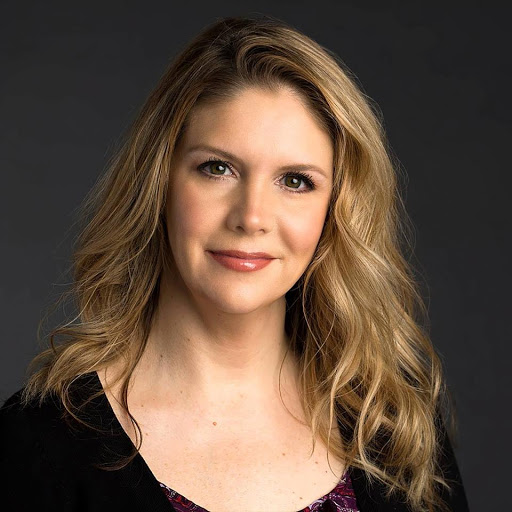 ((AND THE WINNERS Of Annie Ward's BEAUTIFUL BAD are: Charlotte and Cathy Akers-Jordan! YAAAYYY!  email me your addresses to h ryan at whdh dot com! ))

HANK PHILLIPPI RYAN: In 1982, a loaf of bread cost 50 cents. The first USA Today was printed. Epcot opened, ET was on the big screen, and the first CD player was sold in Japan. AT &T was ordered to break up. The Dow closed at year end at 1046, and things were not looking good financially.

And something else happened in 1982. Kathy Valenti remembers it, and I bet you do, too. 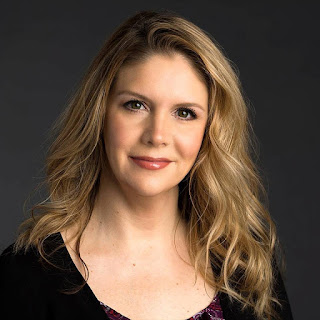 
When I was twelve, my favorite movie was E.T, I pined for a Walkman despite the fact that I still played with my Barbie Townhouse, and Mary Kellerman awoke with a sore throat.

Like me, Mary was twelve. Like me, Mary went to junior high, wore her hair in the era’s round, turned-under style, and probably whispered about boys with her friends.

Unlike me, Mary Kellerman, who lived half a world away in a Chicago suburb, died after parents gave her an Extra-Strength Tylenol to soothe the discomfort of an oncoming cold.

Mary Kellerman was the first victim of the Tylenol murders. She was the proverbial canary in the coal mine whose death heralded not only the demise of six more poisoning victims, but a wholesale change in the way medicine is packaged. And in our faith of what’s on the shelf.
I remember those murders distinctly. 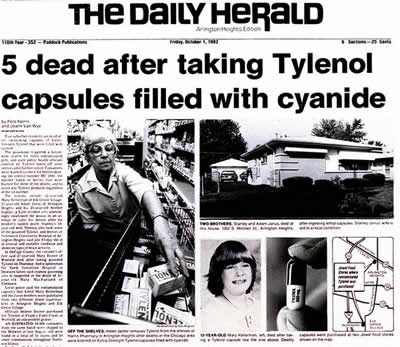 My mom had a bottle of Extra-Strength Tylenol in our medicine cabinet. My dad had another one squirreled away in his glove box. When he refused to chuck the pills, proclaiming that surely his bottle was untainted, I remember being filled with a diffuse and undeniable dread.

What if our medication wasn’t safe? What if we weren’t? 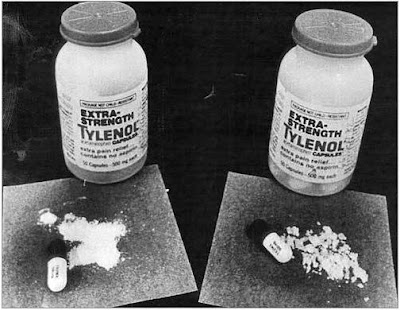 It was my earliest memory of the potential of random violence, a disquiet that squatted in the center of my chest like a living thing. I had learned that the world didn’t care if you were twelve and wanted to buy Michael Jackson’s Thriller album. I had learned that bad things happen to good people. Young people. People just like me.

I didn’t intend to write a book inspired by this experience, these recollections, and yet here it is. It was as if As Directed, the third book in my Maggie O’Malley Mystery Series, was a slow-acting drug, lying in wait for decades before coursing its way to my heart.

The truth is, Maggie made me do it. My protagonist was the catalyst, the active ingredient, if you will, that brought this story to light.

When Maggie traded the lab for a stint behind the counter as a pharmacy tech, I knew I had to bring the issue of tainted medication to the fore. Not only would this theme enable me to tap into my own adolescent memories, it would allow evil to infiltrate the safe, new world Maggie was trying so desperately to build, cause her to question her role in the patient poisonings, and force her to confront her deepest fears and greatest hopes. 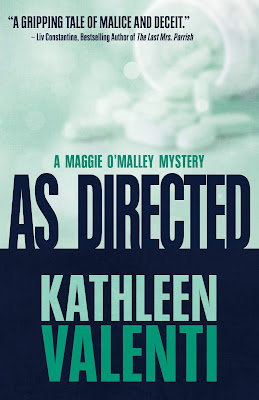 In As Directed, Maggie’s most difficult job doesn’t just come from her work behind the counter or in helping solve the mystery of these deaths. It’s comes from facing two grim facts:

1. Safety is often an illusion

2. Sometimes the greatest danger comes from the most unexpected places—even from within.

Because she’s recovering from a head injury, Maggie must come to terms with the possibility that she may share responsibility in drugstore deaths.

Had she properly handled the medications?

Had she mated the right label to the correct bottle?

She thinks so, but can’t quite remember. Her injury has left her a little fuzzy, like a television gone to snow.

On its face, As Directed is a story of poison and betrayal, and a nod to chaos and fear of the Tylenol Murders. But beneath these motifs is a question of trust. Can we trust others? Can we trust the world at large? Can we truly trust ourselves?

Writing this book allowed me to delve deeper, explore difficult topics and broader themes, and, in some ways, re-examine these infamous murders of the early 80s. The process may not have comforted my 12 year-old self, but it did give me insight into what makes good people do bad things and, conversely, how the antidote to life’s poisons is so often found in our relationships with others and a belief in ourselves.


HANK: Okay, now I’m terrified. I’m already terrified enough at the drug store, so thanks a lot, pal. And don’t we all remember the Tylenol disaster? SO deeply disturbing, and changed the way we look at everything.

And in case you’re wondering. Wikipedia says: No suspect was ever charged or convicted of the poisonings. New York City resident James William Lewis was considered the prime suspect, and was convicted of extortion for sending a letter to Johnson & Johnson that took credit for the deaths and demanded $1 million to stop them.

(I’m wincing now, remembering Monday’s post about all the medications I took for my cold. Yikes.)


Were there any crimes that haunted you as a kid? Do you remember the first crime you ever heard of, the one that stuck in your brain? I grew up in Indianapolis, and the name Sylvia Likens still gives me chills.

How about you? Do you still buy romaine? Do you watch for food recalls? And what's your theory of the Tylenol case? (And aren't we a fun group?)

And a copy of Kathy’s new AS DIRECTED to one lucky commenter!
About As Directed:
In the shadow of a past fraught with danger and tainted by loss, former pharmaceutical researcher Maggie O’Malley is rebuilding her life, trading test tubes for pill bottles as she embarks on a new career at the corner drugstore. But as she spreads her wings, things begin to go terribly wrong. A customer falls ill in the store. Followed by another. And then more. The specter of poisoning arises, conjuring old grudges, past sins, buried secrets and new suspicions from which no one is immune. As Maggie and her best friend Constantine begin to investigate, they discover that some of the deadliest doses come from the most unexpected places.
“A chilling game of cat and mouse that moves with lightning speed and stunning twists. Lies, secrets and evil spin a deadly web in this gripping tale of malice and deceit.”
Liv Constantine
Bestselling author of The Last Mrs. Parrish
Amazon: amzn.to/2RvGgar
Barnes: bit.ly/2RzA80F
iTunes: apple.co/2H20XGS
Kobo: bit.ly/2VyFTLo
About the Author
Kathleen Valenti is the author of the Maggie O’Malley Mystery Series, which includes her Agatha- and Lefty-nominated debut novel, Protocol, and soon-to-be released As Directed. When Kathleen isn’t writing page-turning mysteries that combine humor and suspense, she works as a nationally award-winning advertising copywriter. She lives in Oregon with her family where she pretends to enjoy running. Learn more at www.kathleenvalenti.com.
Source: jungleredwriters.com