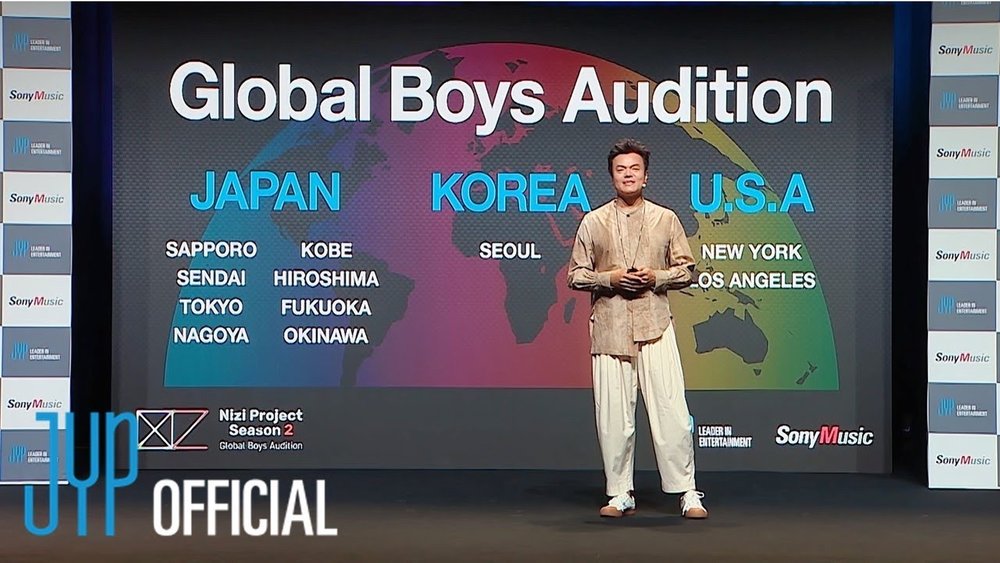 K-pop, known initially as popular local music from South Korea, has become a global cultural phenomenon by growing into a $5 billion industry. The global sensation of Psy’s “Gangnam Style” in 2012 took many by surprise (even Psy himself), but it was primarily understood as an achievement that would be difficult for other K-pop artists to repeat. Since then, with the support and coordinated efforts by its massive fandom, ARMY, BTS has grown into a K-pop behemoth by conquering the Billboard charts while breaking all kinds of world records in the process (and reaching the mainstream popularity in the US that many popular K-pop artists still struggle to achieve). Other K-pop acts such as Blackpink, NCT, Monsta X, Stray Kids, and so on which have signed deals with US major labels over the years, have started to break into the US market (even during the pandemic years when K-pop artists were not able to tour in the US). The expansion of K-pop in the world market has led the Western media scrambling to figure out the “magic” behind K-pop’s continuous global success, producing articles with headlines such as “How K-pop conquered the West” or “How K-pop conquered the universe.”

Although the Western media did not always get the story of K-pop's global success right, they were correct to understand the significant role K-pop fandoms worldwide have played in the global popularity of K-pop. K-pop fans have become the most visible force on social media by actively coordinating their efforts to promote the works of K-pop idols and connect with other K-pop fans, keeping K-pop artists and hashtags related to K-pop to trend continuously. K-pop fans' fervent activities and devotion have merited serious attention in fandom studies, leading to the publication of scholarly works that examine how K-pop fans have come to play a decisive role in "globalizing" K-pop through their fan practices and activities transcending differences in language, culture, and nationality. The focus on the power of K-pop fandom reached a new level in 2020 when news about K-pop fans' active involvement in political activism emerged. K-pop fans who have been broad-brushed as young fangirls were suddenly being discussed as a formidable political force. With their political awareness and social media savviness, K-pop fans were in the media limelight for the role they were playing in political mobilization, particularly during the Black Lives Matter movements in the US. This new recognition of K-pop fans as a force for political activism strengthened K-pop's position as a global cultural phenomenon (an irony considering K-pop tries to stay apolitical).

Now that K-pop is no longer understood to be just for Koreans and the K-pop industry has become more aggressive in its pursuit of global markets, the discussions on what K-pop's growing global popularity means for its increasingly diverse fanbase have primarily centered on international K-pop fans. As a scholar studying K-pop at a US institution, I have paid attention to how the US K-pop fans (who do not speak Korean and are not familiar with Korean history and culture) incorporate K-pop into their everyday lives, how their fannish activities and engagements are "globalizing" K-pop, and how the US pop culture landscape is changing as a result. I tried to understand how what were once unique Korean K-pop fan practices (such as fanchants, fancams, coordinated efforts in streaming to pus K-pop acts to top global charts when they make a "comeback," donations and volunteer works for the image management for a favorite K-pop artist, etc.) have been adopted (and occasionally adapted) by the US K-pop fans and how K-pop fandom has been able to grow globally in the process. I saw how the common interest in K-pop has united K-pop fans in building communities or an affinity space demonstrating the characteristics of transcultural fandom that prioritizes a common fan identity over a national one, as argued by Chin and Morimoto (2013). When K-pop's global rise would create moments of conflicts or fissures with K-pop fandom (an inevitable consequence of globalization), the media and scholarly attention would be on how (non-Korean) international K-pop fans negotiate their national, racial, and cultural identity with their K-pop fan identity to make sense of and deal with tensions that arise from their transcultural fandom (for instance, how K-pop fans of East Asian countries make sense of or defend their K-pop fandom when the anti-Korea/Korean entertainment sentiment is at its height due to the complex geopolitical issues in the region or how Black K-pop fans struggle with their K-pop fandom when encountering racism and colorism within K-pop fandom and/or in K-pop artists' behaviors). This 'messy' and 'difficult' aspect of K-pop fandom needs continued examination to understand the implication of K-pop's global flow.

As a Korean scholar studying K-pop, however, I have also been interested in understanding what K-pop's growing global visibility and popularity means for the Korean domestic fans, especially when the characteristics of K-pop that they are familiar with are continuously shifting due to K-pop's global rise. How do the Korean domestic K-pop fans make sense of K-pop's global popularity and deal with unexpected conflicts that arise with the K-pop industry's decisions that aspire to make K-pop more "global" (such as creating K-pop groups without any Korean members or scheduling more international K-pop concerts and fan meetings than domestic ones)? How do the Korean K-pop fans, who overwhelmingly feel a sense of national pride in K-pop's global popularity, struggle with the gradual erasure of "Korean" traces in K-pop that is becoming global (and no longer just for Koreans)? A growing number of Korean K-pop fans are pushing back against the K-pop industry's "globalizing" projects that dilute or even erase the Korean national identity and cultural values in K-pop. They express discontent with the K-pop industry's aggressive business strategies that focus on the global markets based on their belief that K-pop's national identity is "Korean" (therefore, Korean fans should be a priority). It is the conflict between the K-pop industry and the Korean K-pop fans in the process of K-pop's globalization (although tensions between the domestic and international K-pop fandoms do also arise, I am less interested in examining that here) and the national(istic) response of Korean K-pop fans to the K-pop industry's globalizing strategies that I like to further explore. This case allows us to think about how the "national" identity does continue to matter with the global flow of popular culture (sometimes in unexpected ways).

Hye Jin Lee is a clinical assistant professor at the USC Annenberg School for Communication and Journalism. Lee’s current research focuses on the K-pop industry and global fandom and the transformation of cultural meaning, status, and content of Korean pop culture when it crosses borders.