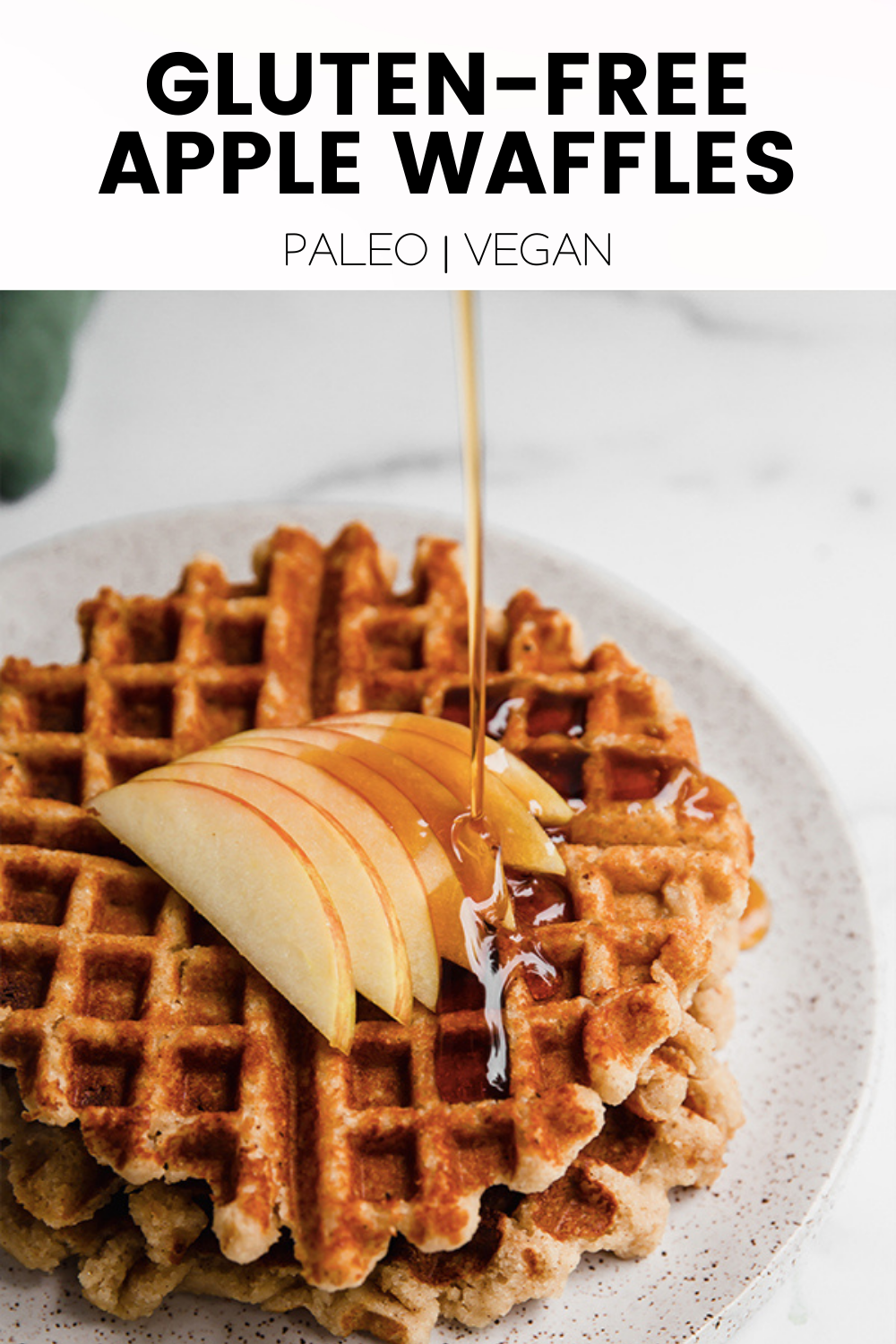 These apple waffles are the perfect breakfast for fall! They’re gluten-free, paleo, and vegan.

Who doesn’t love a warm breakfast filled with fall flavors?! These Gluten-free Apple Waffles are the perfect start to Fall. Serve it up with a pumpkin cream cold brew, and some breakfast sausage and you’ve got a seriously cozy breakfast.

These waffles are gluten-free, paleo, and vegan. Almond flour and tapioca starch form the base and just add a few other simple ingredients and you have fresh waffles!

How to make Gluten-free Apple Waffles 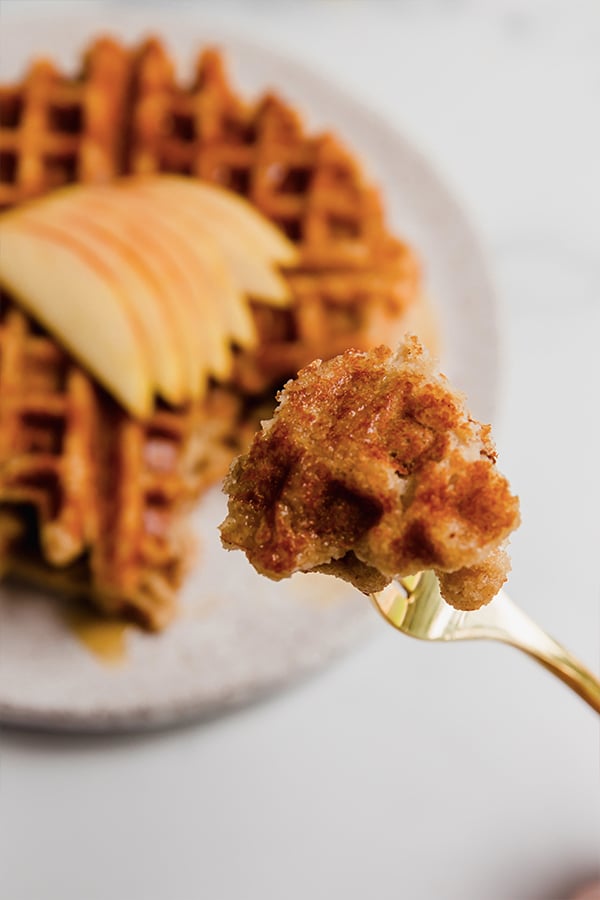 Can you make this recipe ahead of time? Do they freeze well?

You can for sure make them ahead of time and freeze them for up to 1-2 months.

Can you make this recipe nut-free?

I haven’t successfully made this recipe without the almond flour. I do have a recipe for waffles in my cookbook that’s AIP and nut-free, but it’s different from this recipe.

Can you add protein powder to these waffles?

I’ve tried to add collagen to this recipe and it does work, though it makes it a bit drier. 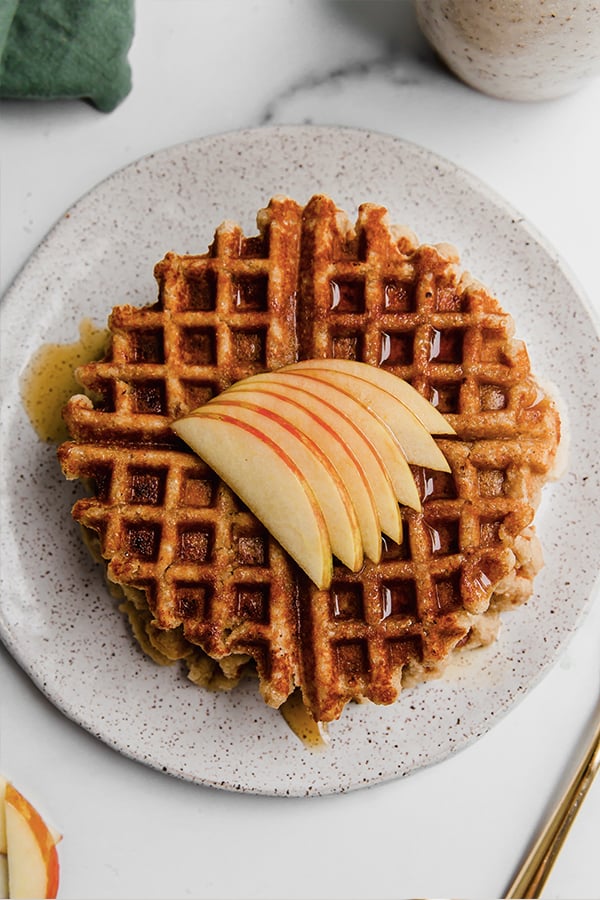 These apple waffles are the perfect breakfast for fall! They’re gluten-free, paleo, and vegan.

All nutritional facts are estimates and will vary. 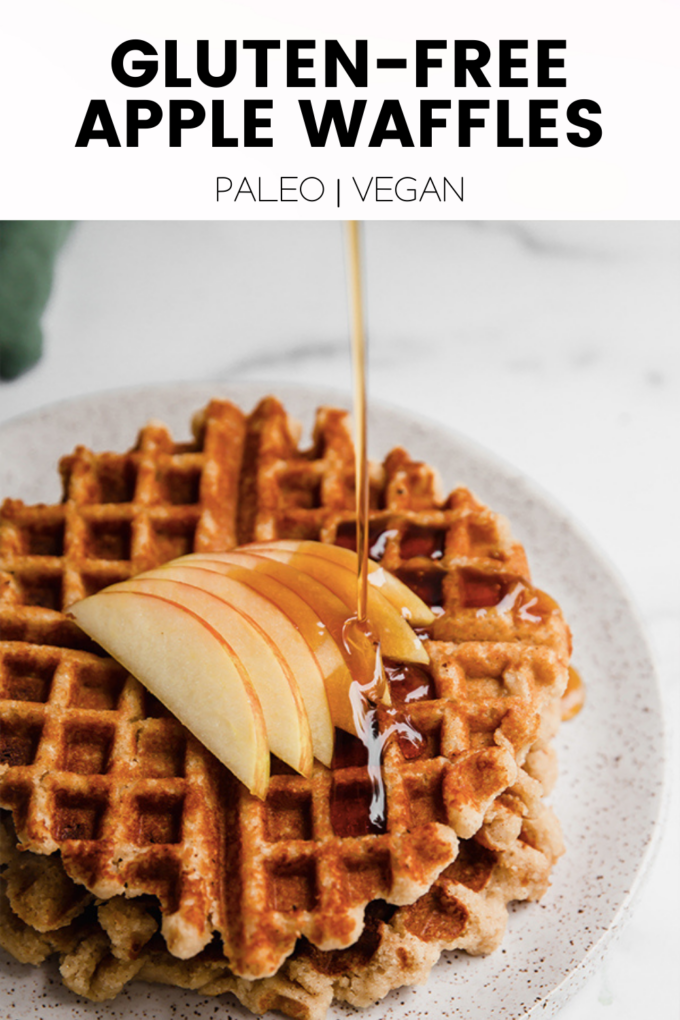