In the age of Insta-perfect lives, the term “fake it until you make it” resonates truer than ever. Our social media-saturated world exerts so much pressure on keeping up with the Jones, that desperate individuals have even resorted to renting grounded private jets and flaunting fake luxury goods, all for that perfect image — both literally and metaphorically speaking. Amid these carefully contrived falsehoods, we have to ask ourselves constantly if what we see and hear is authentic.  In fact, even the word “authentic” (hashtag!) has been under scrutiny.

And then there’s a whole other category for those who take it just a little bit too far, into the murky depths of criminal territory. Here are six shows on Netflix to binge on for a crash course on catfishing: If it’s too good to be true, then it probably is. This is advice the victims of the Tinder Swindler probably wished they followed. The Casanova in question is Shimon Hayut, who used a series of aliases and a flashy lifestyle to defraud women across Europe to the tune of an estimated $10 million. Among the backdrop of Ferraris, luxury brands, 5-star hotels and private jets was a fraudster who lured women through Tinder, portraying himself as a multi-millionaire before going in for the kill. The women were left in the red, while Shimon paraded around Europe escaping prosecution, until his victims didn’t just get mad, but got even. Let’s just say, it’s a valuable lesson in never picking a book by its cover. “People only flash money like that when they are trying to distract you from something,” warned one of the characters in the currently chart-topping Netflix drama about real-life fake heiress, Anna Sorokin. Anna Delvey, a moniker for the Russian-born fraudster who pretended to be a German heiress, conned the elites of New York society with her illusions of grandeur. At one point, she tried to start an exclusive art-centric social club named after her fake moniker (how humble!) before her lies caught up with her. A multi-episode drama series based on actual events, “Inventing Anna” is as addictive as, perhaps, the lies she spun. All is fair in love and war, but when it comes to matters of the heart, how far is too far? Inspired by true events, the two seasons of the show features dramatized multi-episodes depicting two separate real-life cases. The first season delves into the crimes of con artist John Meehan, who pretended to be a doctor to entrap Debra Newell in an obsessive, abusive marriage. The second season features the toxic, manipulative marriage of Betty and Dan Broderick, and we learn that the man who coined the term “gaslighting” might have bitten off more than he can chew. Sometimes, karma is a fickle mistress.

The 70s are known for free love and flower child hippie culture, but there’s also a far more sinister side. Aside from plenty of serial killers killing hitchhikers in America, there’s Charles Sobhraj, a French serial killer who murdered young Western tourists along the “hippie trail” in South Asia. Alongside his French-Canadian girlfriend, Marie-Andrée Leclerc, the murderous lovebirds stole their victims’ identities and valuables, and ran a side gig of selling stolen gems. The adrenalin-filled dramatized series primarily centers around the cat and mouse game between Sobhraj and an eager young Dutch diplomat named Herman Knippenberg and his Nancy Drew-esque wife, Angela, as they chase the notorious criminals through Asia. The Serpent will definitely make you think twice about accepting a drink from a friendly stranger.

Made You Look: A True Story About Fake Art 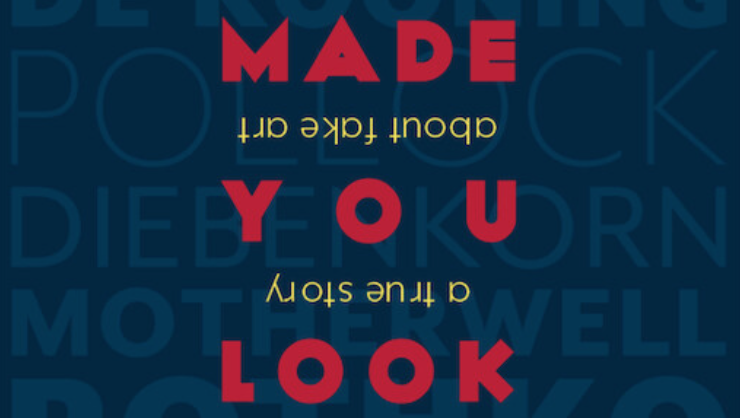 Behind all the posturing, how much does anyone really know about art? Well, as it turns out, very little. Even the experts of the art world were left shellshocked after the largest art fraud in American history came to light. At the center of this spectacular feat of art forgery is Ann Freedman, Former Director of the oldest, most prestigious art gallery in New York, the Knoedler Gallery, who connected with two art grifters, Glafir Rosales and José Carlos Bergantiños Díaz. Together, perhaps unwittingly (for Ann), unknown works of art from the likes of Rothko, Pollock, Warhol and Motherwell started emerging, into the eager hands of museums and wealthy collectors. In fact, the fake pieces were so authentic, that even Rothko’s family thought they were real! The fraudulant art has disseminated so deeply into the art world that museums admit they might still hold undetected fakes on display. So next time you wax poetic about a piece at the MET, just know that it could very well be fake. The promotional clip promised “an immersive music festival that pushes on the boundaries of the impossible” against a backdrop of bikini-clad models frolicking on white sandy beaches and onboard yachts slicing through crystal clear Bahama waters. The greatest party that never was promised a luxury music festival where partygoers can languish in modern, eco-friendly geodesic domes while dining on gourmet feasts prepared by celebrity chefs. The fraudulent festival was the brainchild of con artist Billy McFarland and rapper Ja Rule, who hoped it would launch an app by the same name. But when guests who paid thousands of dollars arrived on the Bahamian island of Great Exuma in 2017, they were greeted instead with packaged cheese sandwiches and FEMA tents. Watch how it all implodes, and see how not all things are Eden in paradise.

And one for the road… Long-distance relationships are hard, but how about one with someone you’ve never actually met in person? Sweet Bobby is a multi-part investigative podcast into the baffling case of “Bobby”, who was involved in an almost decade-long relationship with Kirat Assi. The podcast takes listeners on a mind-boggling journey through the entire deceit, and makes one question how much our online lives impact our real lives. We don’t want to say too much and spoil the intrigue, but dang, it takes a lot of dedication to record yourself reading an entire Harry Potter novel for someone you’ve never met, just to cheer them up. Now…that’s love, right?