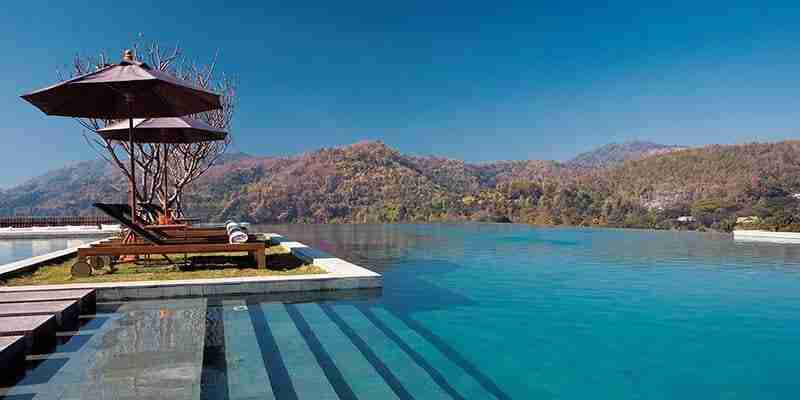 It’s a contradiction in terms with a wink and a smile, but if anyplace on earth could lay claim to being the “home base” of the digital nomad, it’s Chiang Mai, Thailand. Thailand is a wonderful, happy, smiling and seemingly content country in general, but Chiang Mai offers the best of all of that.

I spent the equivalent of about 3 months in the country (but not CM) over about a half-dozen visits from ’86-’90. It didn’t disappoint then and I’m happy to report that while changes and evolutions have surely ensued over the last three decades, the important essentials seem well intact. Sometimes it can be as simple as the bare observation that people are nice to one-another and it’s a contagion that rubs off on us all.

…To catch up, I began this nomadic lifestyle on December 14, 2019 when I handed the keys to my former house and home to a buyer and walked away with only some clothes and a couple of boxes of keepsakes. I spent a month visiting with family over the holidays and departed from SFO exactly a month to the day from when I left that ball and chain euphemistically called a home, where more often than not, I felt like a custodian for a bunch of stuff I didn’t even need.

It’s quite amazing how little actual stuff one really needs.

I used that time to dive head first into planning. Fortunately, plans can change. Having spent hours and hours on NomadList.com to figure out how it all begins, I decided upon Vietnam as my first stage. I soon became aware of the term Digital Nomad and its roots in Chiang Mai, Thailand, where upwards of a decade ago it began coalescing into a movement of sorts. While there have always existed nomads, vagabonds, hobos and tramps, the term digital adds a completely new dimension with exponential opportunities and time leverage.

Digital means your portal to productivity (money making) that’s location independent. It’s a computer, cell phone, and decent WiFi—your primary tools, by means of which you generate income in order to sustain your nomadic existence. This, in itself, is comprised of three levels of income generation: active, semi-passive, and passive.

Active is that you’re basically still employed, trading time for money and often you have to be performing tasks during appointed times. It’s things like consulting, managing remotely, conferencing, teaching, etc., with a fixed compensation for time spent or task accomplished.

Semi-passive is where you begin to have time flexibility and more importantly, leverage. You still have to perform tasks like create content (writing a blog, making videos, etc.), arrange vacation rentals, create websites to sell, inter alia, but you can work through the tasks at your own pace, your own hours, your own terms. But, you can also gradually improve your procedures and automation to the point where you’re spending less and less time, whilst generating more and more income.

Fully passive is when you live frugally, invest huge percentages of your active and semi-passive income (some nomads save upwards of 80-90% of their income, living for as little as $500-$1,500 total per month), your investments grow, and then require nothing in the way of time or effort to maintain.

This is the progression.

For me, as fortune would have it, I got wind of a curious fellow with a compelling and inspiring story, Johnny FD. Johnny is exemplary of the quintessential “against all odds” story. He documents the abject insanity and craziness in a great read, 12 Weeks in Thailand — The Good Life on the Cheap.

In the book, he transparently documents his beginnings in Thailand about a decade ago, thinking he was going to make it as a SCUBA dive master and instructor, which he did. But jobs were hard to come by, tourists are annoying, and there’s no real money in it. He then has a brilliant idea: he’ll become a Thai Kick Boxer and compete professionally. Dream big, right?

This is where his work ethic and determination really begin to show in the story. He actually does it. He maintains an insanely rigorous training and dietary regime, often residing in the dirty, hot barracks of the many gyms where he trained. And he fought, won and lost; but again, there was no money in it.

He was trading tons of time for very little money, with zero leverage.

At points, he was down to his last few hundred dollars; not even enough to get back “home” to San Francisco, halfway around the world. Eventually, survival pressures led him to the digital part of the nomad story and the rest is history with a happy new beginning.

Johnny’s story is unlike anyone else’s, but also the same as eveyone else’s in the context of success: character and determination. Also: being a very conspicuous Trust Agent. Transparency is the best policy.

Now, amongst his many active, semi-passive, and fully passive income streams, he sponsors conferences for hundreds of digital nomads to come together and be exposed to the magic. Johny’s passion for this is palpable once you see him in action.

I’m so glad that my expectations of what I might find in terms of the digital nomad community—at least the one Johnny has cultivated—were dead wrong. Back 30 years ago, I saw plenty of “nomads” in Thailand and elsewhere in southeast Asia. The look was always the same: grungy backpackers in dreadlocks, wearing pajamas.

Most remarkable and pleasantly surprising is the age and nationality demographic of these fine folk. I’d say the average age is 30ish. It’s not dominated by Americans, either. What is dominate is high intelligence, independence, and a sort of charming pity for the rest of the world and its rat race of a so-called life.

These are folks who aspire to live frugally, location independent, and always looking forward to the next stage somewhere else in the world that’s no more than a few weeks to a few months away.

I find them inspirational and truth be told, they make me feel a bit dense. You see, I lived abroad for seven years back in the 80s and early 90s, five years in Japan and then two in France. But I was an employee, so I was blind to the notion of being able to continue the expat adventure outside of employment by someone, even though I often longed for such a life. Living outside your home country entails a baseline challenge that seems, to me at least, to be motivational in a way that’s not automatic in the easy comfort of home.

So color me impressed. I find it so damn hopeful that so many young people have the fortitude to embrace this sort of challenge. Well done.

The evangelization will be digitized.