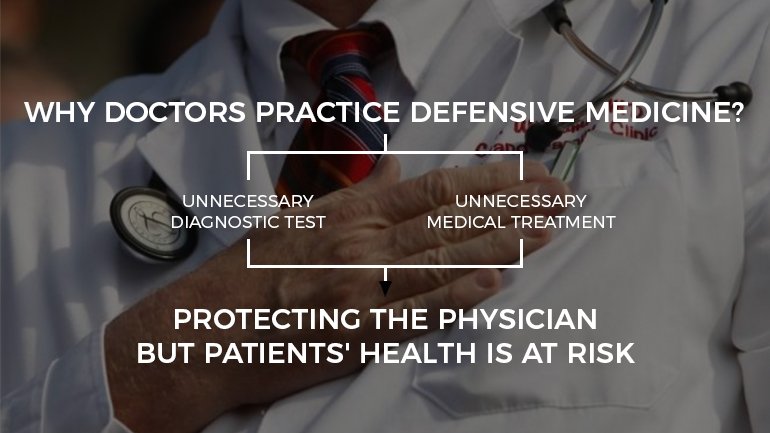 How to deal with difficult doctors VIII: The overly defensive physician

Here is another post about difficult physicians from my book How to Talk To Your Child’s Doctor. It’s about how to handle a doctor who is excessively defensive.

I divide this kind of communication blocker into two varieties: physician personality and physician mode of practice. The physician with a defensive personality is one who interprets questions from parents as questioning of her medical judgment. Unlike the supremely egotistical doctor, who is often sufficiently secure in her image of herself that she is magnanimous toward parents who ask questions, the overly defensive physician has the opposite sort of personality; she may be inwardly or outwardly unsure herself and often responds to parental questions in self-justifying ways that can border on the argumentative. Parents easily sense this attitude. For example, I have heard exchanges in which the parent feels a need to begin a question to the doctor with something like “I’m not questioning your medical judgment, but what about . . .”

Physicians with naturally defensive personalities probably had those tendencies reinforced in their medical training, since students and residents are often closely questioned, even roughly attacked, by superiors who believe this sort of hazing is a vital part of teaching young doctors. These kinds of teachers are becoming rarer, but there are still enough of them out there that students who fall into their clutches emerge from the experience with whatever defensive tendencies they already had greatly enhanced. Rather than welcoming parents’ questions as an important tool for two-way communication, they are more likely to feel threatened when a parent asks them probing or even quite innocent questions.

A bigger potential problem for parents with sick children is not the physician with a defensive personality but the physician who practices defensively. Medical testing, excessively and inappropriately used, can cause major problems and even place a child at significant risk. Physicians who practice defensively usually order too many tests, thinking that by doing so they are both helping the child and covering their own backsides. In fact, poorly justified, “shotgun” lab testing does neither of these things. Much has been written about how physicians defensively order too many tests because they worry about being sued for malpractice if they miss something. This may be true to some extent. However, my own observation is that physicians who practice this way would probably do so even if the threat of malpractice litigation did not exist, since defensive medical practice is to a great extent a function of the physician’s personality.

Doctors who are excessively defensive in their use of medical tests also tend to use subspecialty consultations in the same way. Very sick children with complicated problems often need the knowledge and skills of experts. But as a subspecialist myself, I know that some doctors call in the subspecialists largely to spread the responsibility more than anything else, a behavior we call “loading the boat.” If you find an overly defensive doctor evaluating your child, you may find that you need to take an active role in questioning the appropriateness of multiple tests and consultations with subspecialists. And remember—subspecialists often want even more tests and procedures, potentially adding still more unneeded complexity to your child’s situation.

How to deal with difficult doctors VIII: The overly defensive physician