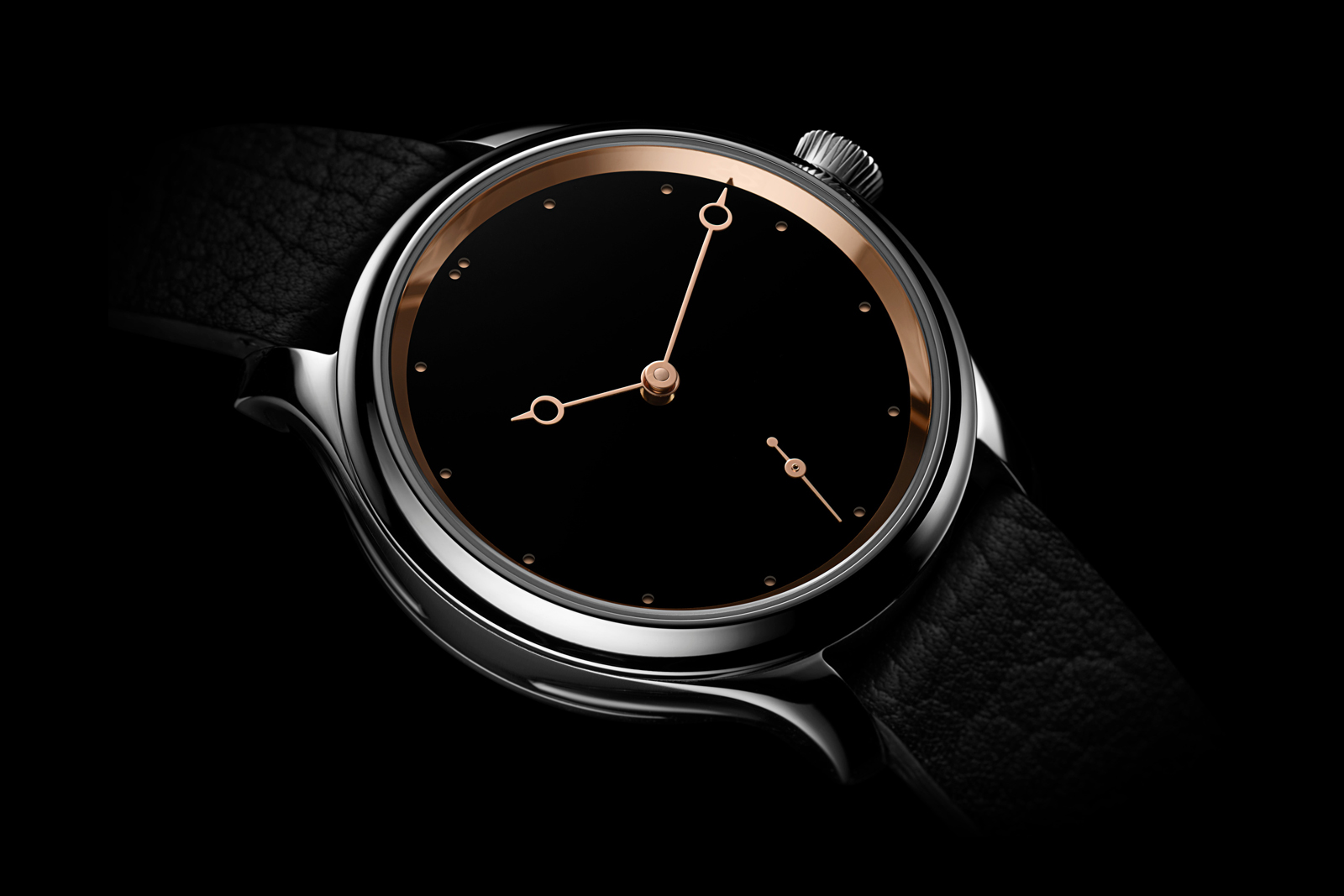 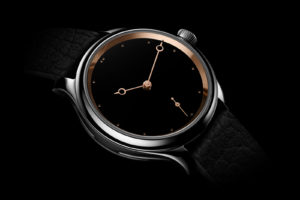 H. Moser & Cie. has teamed up with the menswear store with outposts in Hong Kong and New York for the Endeavour Small Seconds Total Eclipse, a striking creation that utilises the starkness of Vantablack and polished elements on the dial to evoke a solar eclipse.

The Endeavour Total Eclipse will be offered in two guises, both cased in steel but with the dial flange, markers, and hands in either matching steel or contrasting red gold. 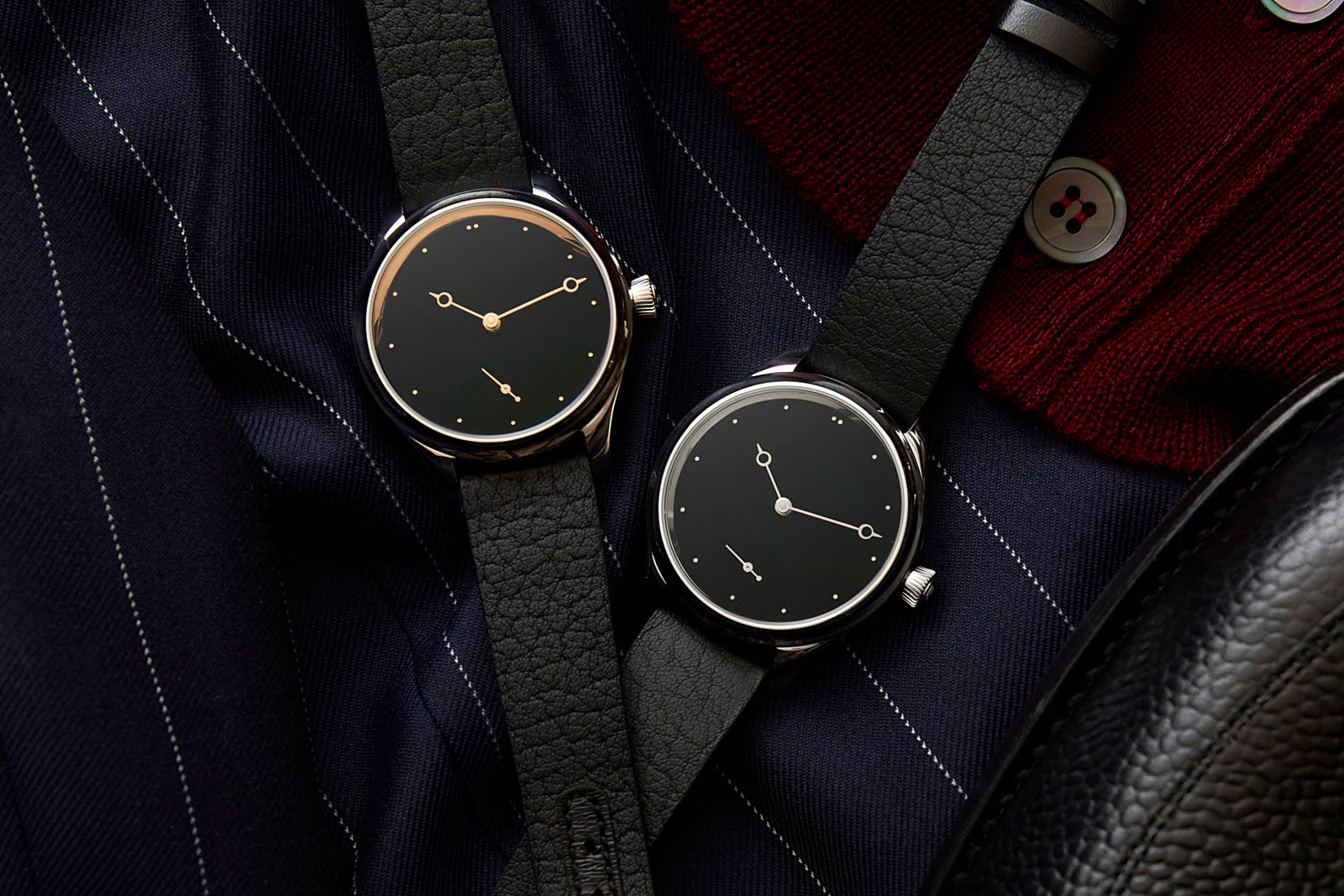 Being an independent watchmaker that typically does the traditional with a distinct, quirky twist, Moser is clearly being itself with the Endeavour Total Eclipse. The styling is minimalist but different enough to be interesting – the domed hour markers and Breguet-style hands are rarely found on Moser’s watches, save for special runs such as the Bryan Ferry edition.

The unusual design is largely thanks  to Mark Cho, The Armoury’s co-founder and a dapper dresser with a passion for classically-sized watches with attractive details. His primary requirement for the collaboration was a small(ish) case, explaining its 38 mm diameter that’s substantially more compact than Moser’s typical offerings – doubt good news for enthusiasts who share the same taste. 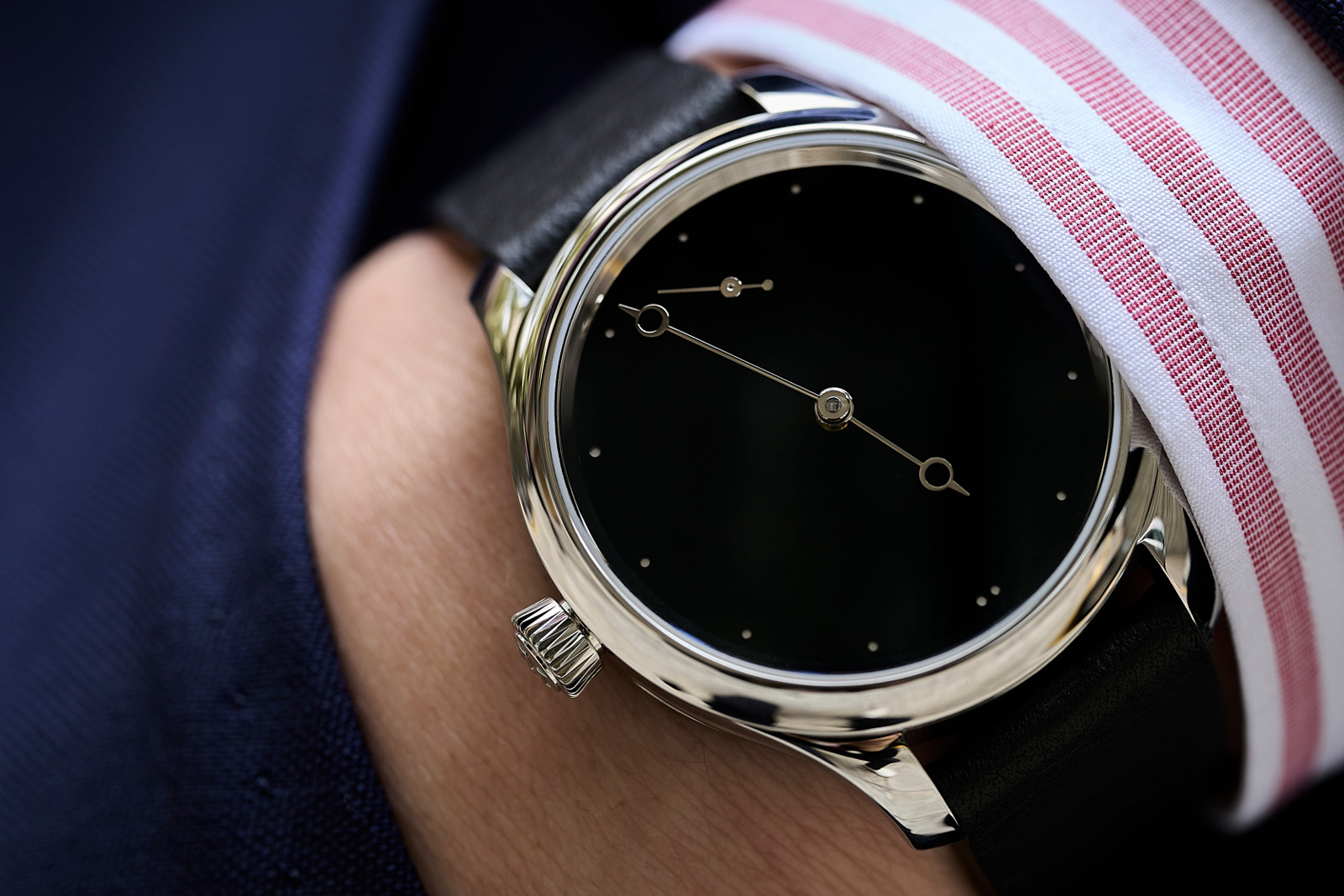 But the highlight is the dial, which is a first for Moser. Thought the brand has used Vantablack in the past, this is the very first time it is combining a Vantablack-coated dial with hour markers. Small but high contrast, the hour markers easily stand out from the blackest-black dial, thanks to the Vantablack coating that absorbs 99.9% of incident light.

Going by photos, it appears to be a smartly executed design with only one shortcoming: the proportions of the minute hand relative to the hours. The minutes appear too long in comparison because of its very short tip, a problem that can be resolved by moving the the open ring closer to the central axis.

Priced at around US$26,000, the Total Eclipse is pricey for a time-only watch in steel, but that comes as a consequence of the dial, because Vantablack is so delicate that producing the dials requires both extra time and high wastage. At the same time, the striking and original design does help justify the cost. 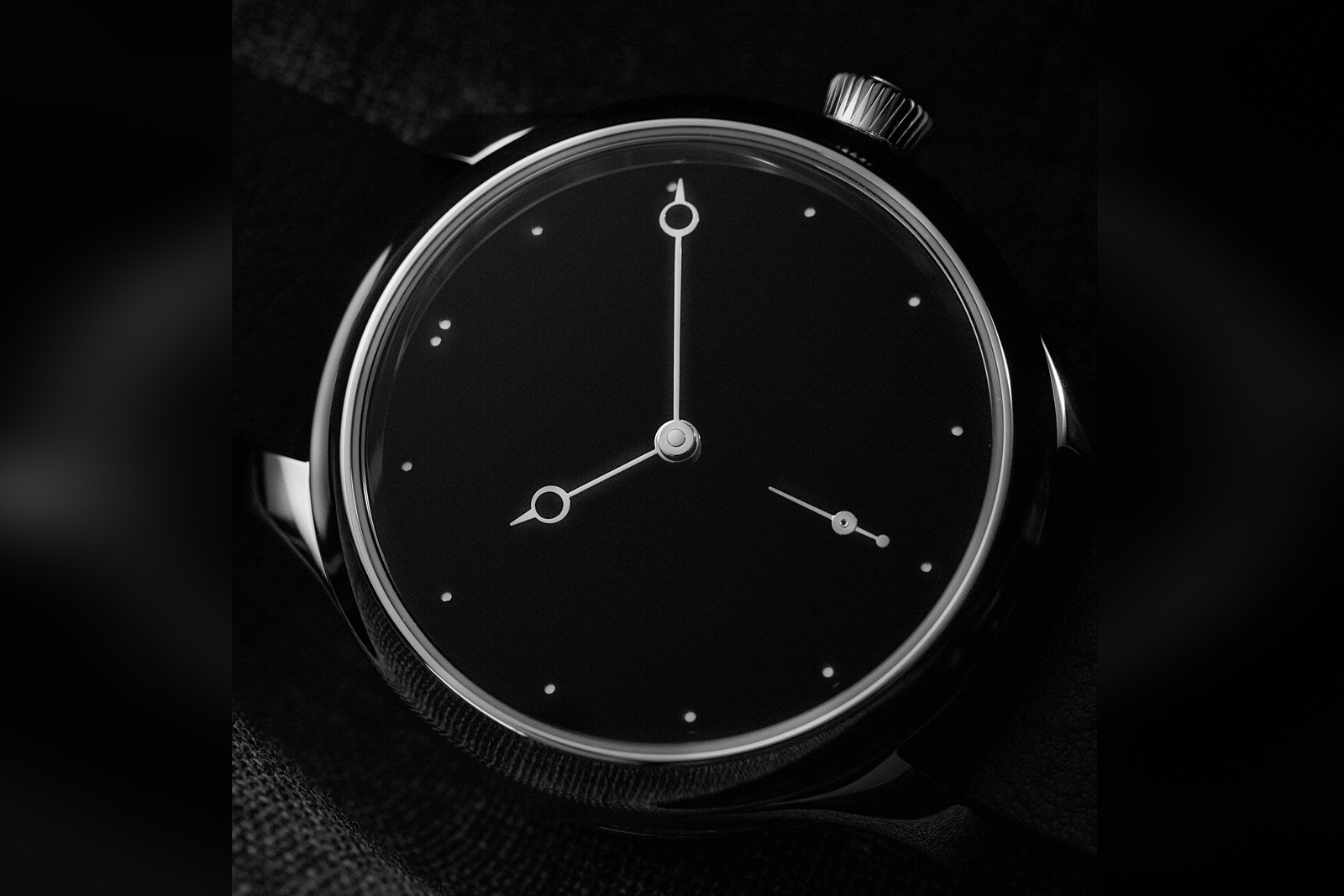 Developed by a British coatings specialist, Vantablack is amongst the blackest substances known. Basically composed of carbon nanotubes arranged like a forest of trees – which is why its surface is so fragile – Vantablack absorbs 99.965% of incident light, leaving the dial appearing to have the hands and hour markers floating over a black void.

Because of Vantablack’s nature, applied markers are an impossibility. Consequently, past Moser watches with Vantablack dials had nothing on the dials. For this edition, Moser says it “developed a special technique in order to meet Mark and The Armoury’s request [for hour markers]”, which appear to be aperture in the dial that reveal contrasting markers below.

While the dial is pitch black, the dial flange shines with a mirror polish – and even a contrasting tone in the case of the rose gold version. The flange is mean to evoke the Sun’s corona, the plasma layer of the star’s outermost atmosphere that’s visible only during a total eclipse, when the Moon sits directly in-between the Earth and Sun.

The inspiration behind the watch brings to mind other cosmically-minded watches, most notably the De Bethune DB25 Starry Varius, but with a far more restrained style. 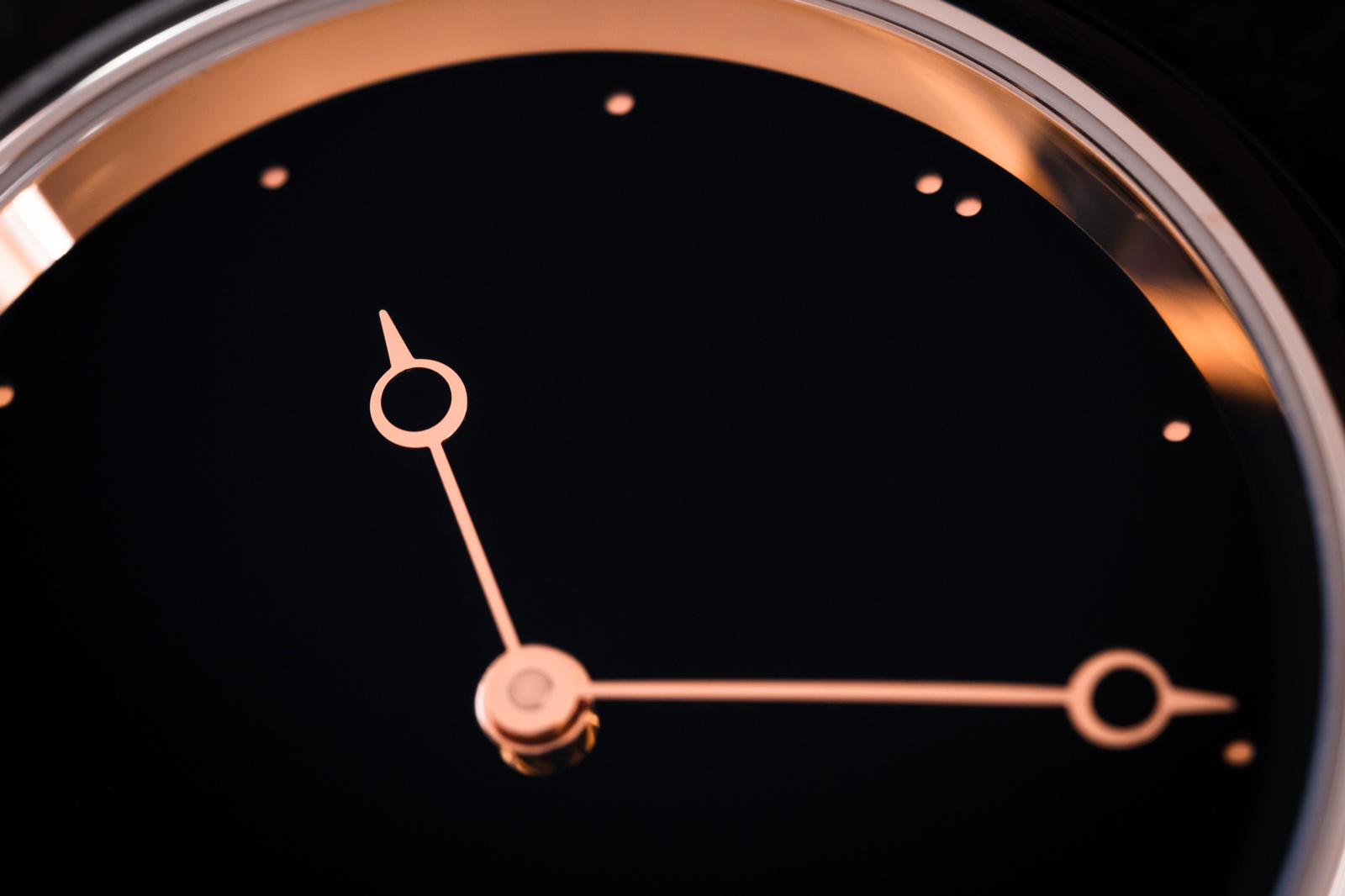 Beating inside the steel case is the HMC 327, an in-house hand-wind movement that boasts a power reserve of three days.

It is equipped with the brand’s trademark balance assembly made up of a proprietary hairspring (that’s made by Moser’s sister company) along with a escape wheel and pallet fork in silicon – and in true Moser style, the entire assembly is modular and interchangeable during service, reducing the time required for an overhaul. 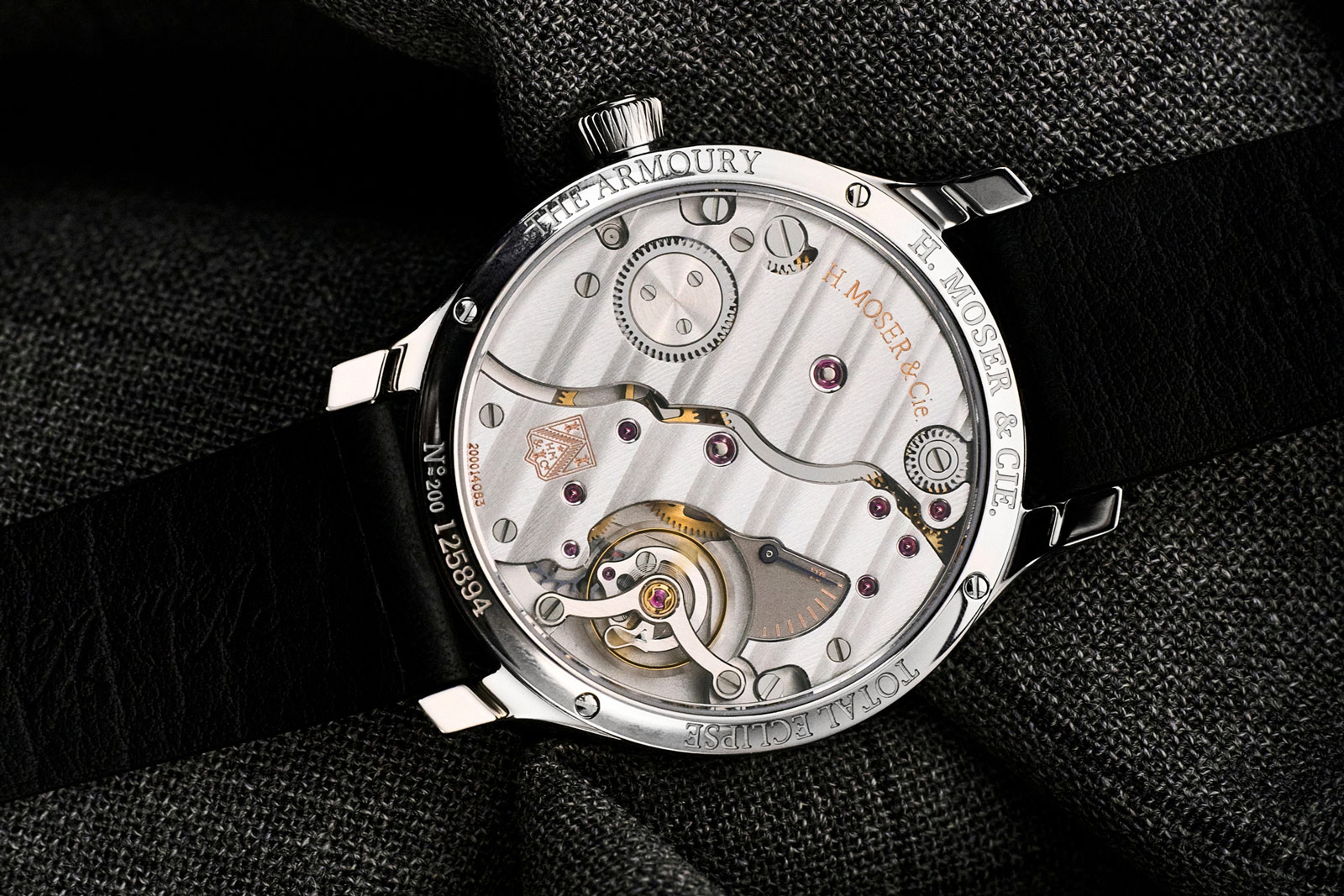 Limited edition: 28 pieces in each version
Availability: At The Armoury as well as H. Moser & Cie.’s physical and online store
Price: CHF23,900