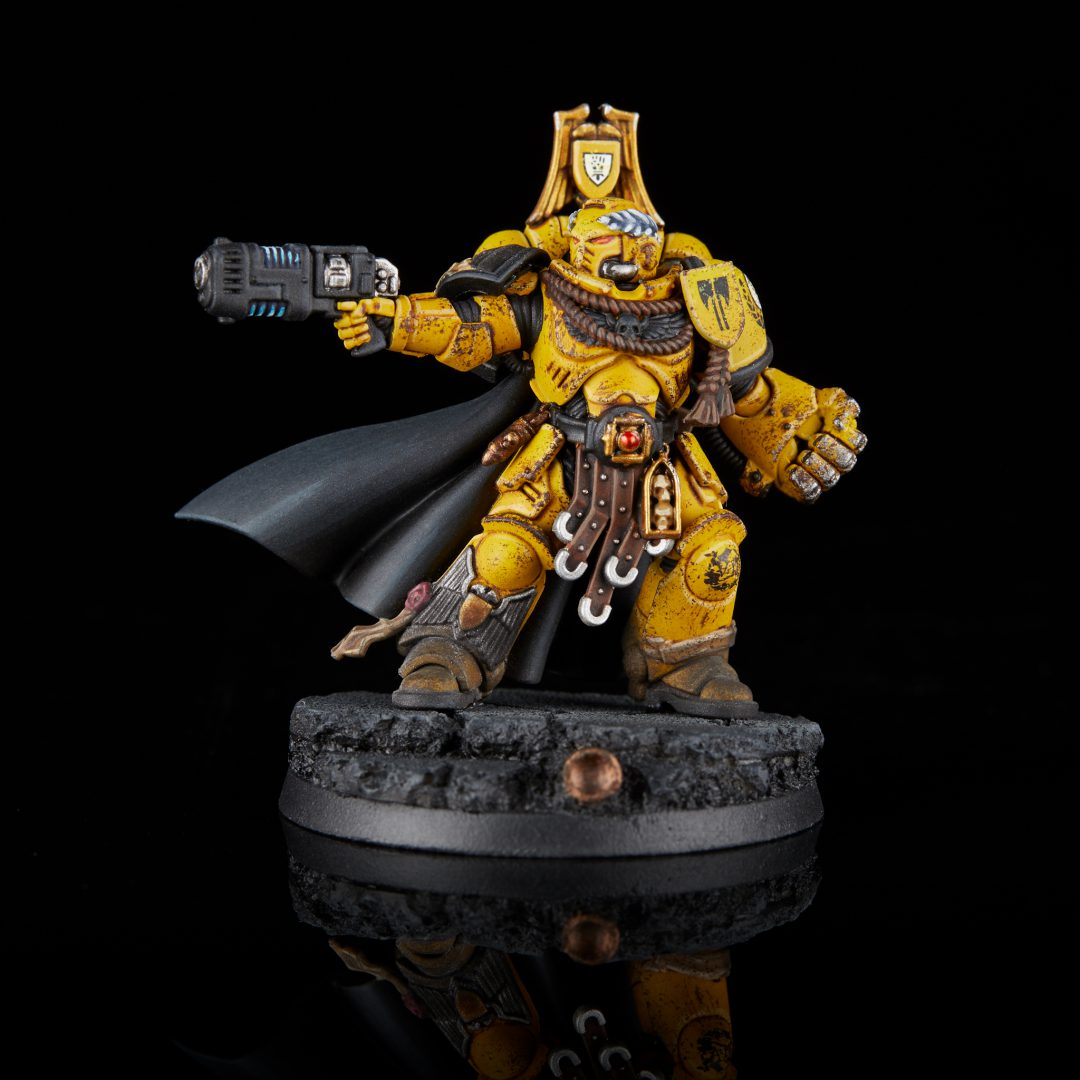 This week’s Hammer of Math looks at Overcharged Plasma in the context of risk management and points efficiency.

Reader Glittch submitted this question via the request form about overcharged plasma. For those unfamiliar with 40K plasma weapons are high powered, high damage, armor piercing guns that project balls of barely constrained plasma at the enemy. In 9th Edition plasma was changed so that if a weapon was overcharged then on a hit roll of an unmodified 1 the result would destroy the firing model. Previously the hit roll could be modified, which resulted in odd scenarios where firing at a plane was somehow twice as lethal as firing at the ground or where a particularly inspiring chant by a nearby Chaplain would somehow soothe the machine spirits and allow the model to fire indiscriminately.

When is it worth it, points-wise, to overcharge plasma? How does it vary between different units firing, different targets, adding in rerolls, stratagems like the Ryza one, etc.

Questions like this can be difficult to answer due to the significant number of variables involved. It requires a determination of valuation which can inherently change over the course of the game (the last model in a position to score an objective on the final turn has significantly more value than it might otherwise), a calculation of the value as a function of probability, and a need for some kind of rubric. Unfortunately “it depends” neither makes for a good article nor meets the minimum word requirements for this particular web page (I believe it’s at least three), so we’ll take some time to explore this question by dividing it in two. The first part will look at whether or not you should risk your model at all, and the second part will look at a way to calculate whether or not on average you’ll make points back by risking your model.

EDITOR’S NOTE: This is an easy question to answer. If you don’t overcharge every time you shoot you are a coward. 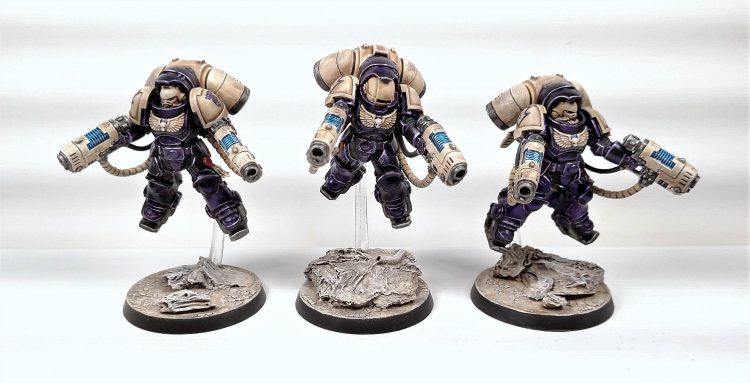 This particular topic is near and dear to my heart. Credit: Kevin Genson

I covered the concept of risk management in the context of Blood Bowl previously, but it’s equally as important in 40K and any other tabletop wargame. At its core risk management is the balance of two spectrums; the probability that a given action will result in failure and the consequence of that failure. This is the same approach that industry and government uses whenever perfect knowledge is impossible to achieve, which is almost always the case. In those situations managers have to weigh the benefit of a particular choice over the very real (and sometimes life threatening) consequences of failure. The first step in risk management is to fill in a sentence: “If X happens because of Y then Z”. For example, “If the last Hellblaster holding the objective marker dies because I overheated his plasma incinerator, then my opponent gets another 5 VP and I lose the game.” From there you determine how likely Y is to occur, the impact of Z, and then calculate the overall risk.

The second part of risk management is understanding the consequences of a particular failure and converting that into a level of impact. The difference between a single plasma gunner Guardsman dying at the end of the game and a Space Marine Captain with a plasma pistol dying in the first turn are very different. In broad terms a catastrophic consequence would be one that’s guaranteed to lose the game, a moderate consequence might be one that would be a challenge to recover from or would significantly limit your options, while a neglectable consequence would be one that is completely inconsequential (such as long a unit that isn’t scoring points at the end of the game). Once you understand the probability and impact of a particular action, you can then apply a rubric such as the matrix below to determine how risky a particular action is, and determine the level of reward needed to justify the risk. 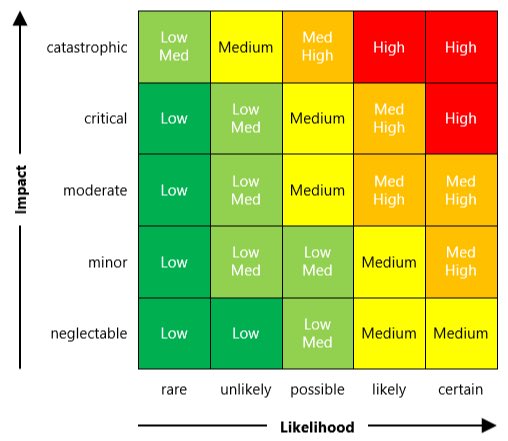 For example, let’s say that I position a unit of plasma Inceptors and a Primaris Captain armed with a plasma pistol on an objective. I see a high value target and decide if I want to overcharge my Inceptors. Re-rolling 1s with 2d3 attacks is a 12% chance (so unlikely) to kill the model and the impact of losing an Inceptor is minor, which translates to a low-medium risk. I choose to overcharge the Inceptors and, as is my lot in life, all three die. Do I then choose to fire the plasma pistol of the Captain? The probability of rolling a 1 is 17% (still unlikely), but if I lose the Captain I lose the objective and a lot of flexibility. It doesn’t guarantee that I lose the game, but it’s still significant so I assign a critical risk. The risk matrix says that my risk is still low-medium. Is the attack still worth the risk? It depends on the benefit of making the attack. If I have a chance to finish off a major threat then it could be worth the risk. On the other hand if the result of the attack is insignificant then it’s probably not worth it. Ultimately risk management is a tool for you as a player to make an internal evaluation of each moment, to analyze and determine the situation and weigh whether or not the risk of failure is worth the reward of success. 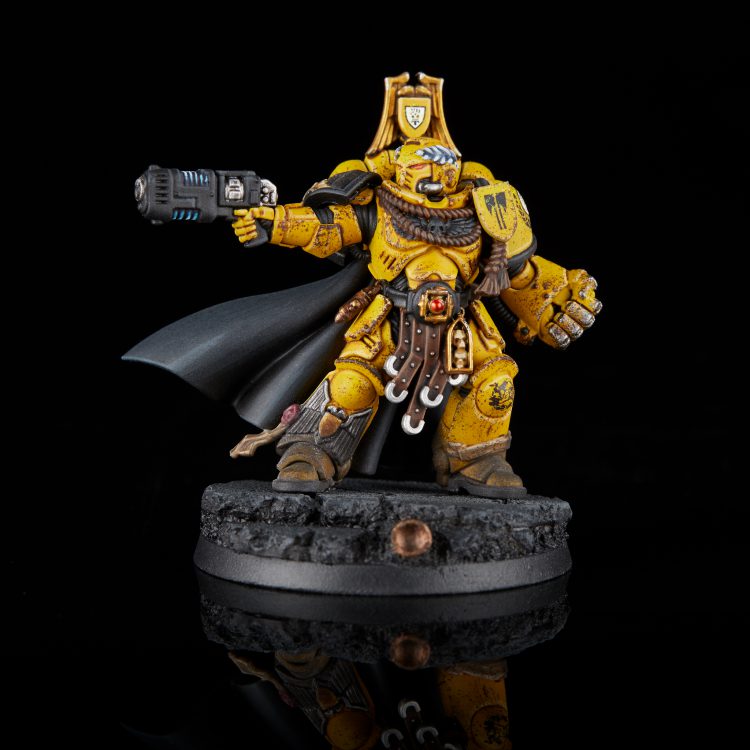 I’m honestly curious as to how many people have actually overcharged that pistol. Credit: Jack Hunter

The other part of Glittch’s question was whether or not a particular decision was worth the points. This is honestly a non-trivial exercise, as the value of something changes dramatically over the course of a game. In a vacuum one thing you can do is calculate the expected points lost versus the expected points destroyed. While not a perfect method, it at least provides a baseline to make judgements from.

For example a Primaris Captain firing an overcharged plasma pistol is 105 points and has a 17% chance of dying without any re-rolls. Take the product of those two numbers and you get an average of 17.5 points lost per round of firing. If the target is an Intercessor (20 points) then given that you have 1 attack, P(Hit) is 5/6, P(Wound) is 5/6, there’s no save or FNP, and it only takes 1 hit to kill the target then the resulting expected points destroyed is (5/6) x (5/6) x 20 = 13.9 points. In other words on average you’ll lose more points than your opponents if you shoot a Captain’s plasma pistol at an Intercessor. 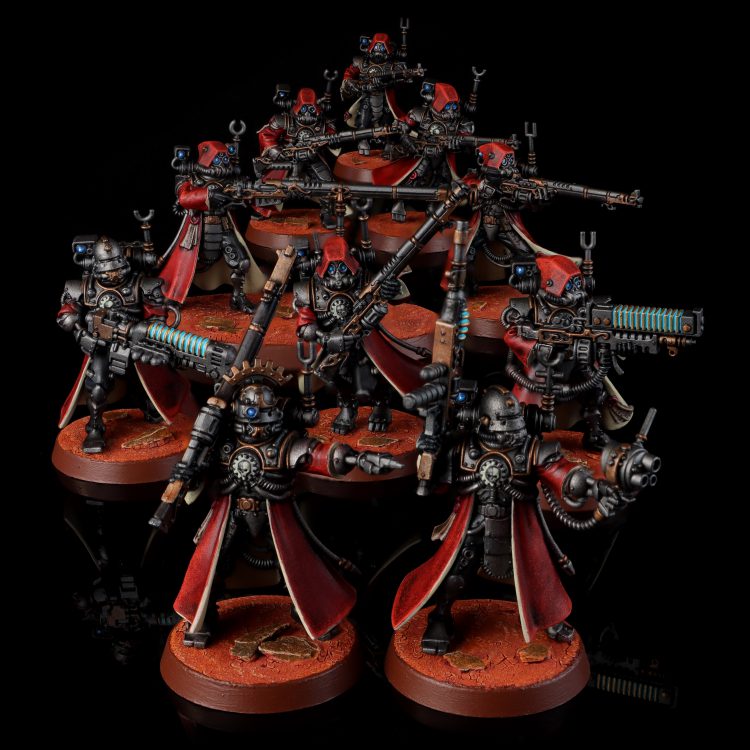 While it’s often tempting to consider a particular scenario in terms of raw points efficiency, and the equations above should be helpful in determining whether or not a given attack is points positive or not, in general I recommend that players take a risk management approach when it comes to decisions like this. Ultimately the risk and reward of a particular action is typically about more than just points and balancing the probability of failure, the impact of a given failure, and the consequences of success will be far more useful. By taking a holistic approach and going beyond the raw numbers (admittedly a strange thing for a column about math to say) you gain a more comprehensive understanding of the situation and can make a more informed decision.

Thanks for reading! If you have any feedback, feel free to drop a note in the comments below or email us at contact@goonhammer.com. If you have any questions that you would like answered in a future article like this one, please submit them here.