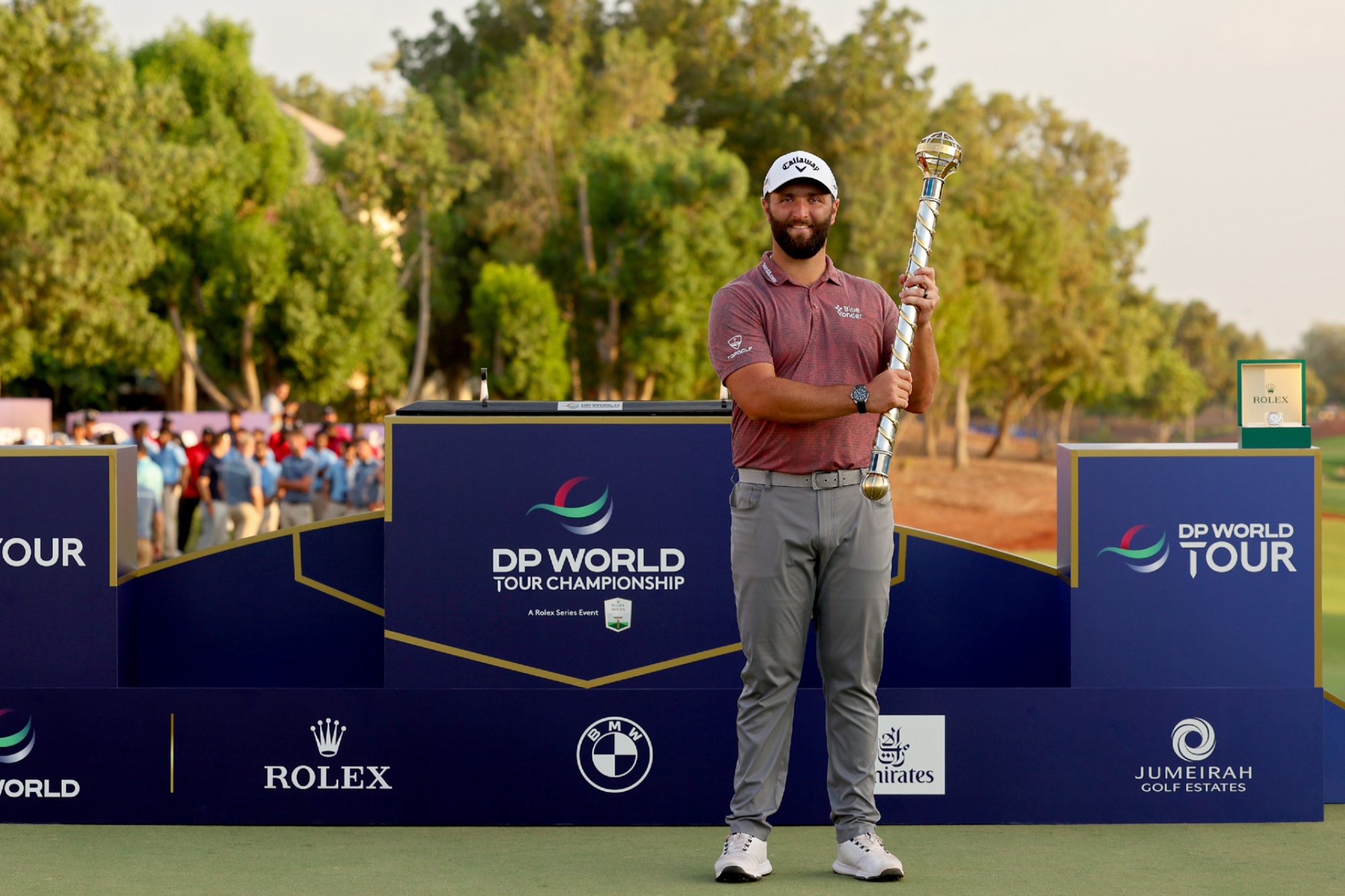 Have the OWGR got it wrong with their new system?

It was all about Jon Rahm at the DP World Tour Championship. The Spaniard made headlines on and off the course as he went all in on the Official World Golf Rankings before dominating the field in Dubai.

Rahm unleashed a scathing attack on the OWGR prior to play, offering a different take to Ryder Cup teammate Rory McIlroy as he hailed the system “laughable” – not once, but three times.

With a chip on his shoulder, Rahm went on to win the DP World Tour Championship, collecting just 21 OWGR points while not moving in the rankings at all – perhaps vindicating his verbal assault days earlier.

On the other side of the world, Adam Svensson collected 39 points for winning the RSM Classic. This was despite the 156-man tournament possessing one of the weakest fields you’ll see on the PGA Tour all year.

So, with OWGR controversy taking centre stage once again, was Rahm right to attack the organisation? Or is the new system right to prioritise field number over field strength? Here’s what two of our writers had to say in this week’s episode of The Slam…

‘It should just be a strength of field scenario’

I think at some point they’ve realised they’re going have to let LIV Golf into the world rankings, says Alex Perry, so they’ve decided to punish limited field events in that sense, and we’ve therefore ended up with this ludicrous scenario where the RSM Classic offers loads of points despite it being on the low-end of the PGA Tour.

With no disrespect to anyone that’s playing in that tournament or the tournament itself, but it obviously carried way too much value. For me, it should just be a strength of field scenario.

In Rahm’s last four tournaments, he’s finished 2nd, 1st, 4th and 1st, but he’s not moved in the world rankings. There’s obviously a big problem there.

On top of that, the DP World Tour Championship was a no cut event, and the RSM Classic was. So, you’re not necessarily beating 155 other guys at all, because half of them get chopped for the weekend anyway. For most guys, it’s about getting through the first two days and making the cut, then battling the other 68 guys that come through with you.

‘It’s never going to be perfect’

It’s a tough one, says George Cooper, because at the end of the day, it will never be perfect.

Coming to your first point, I think it’s coincidental that it’s combined with the LIV debacle, because this new system was devised about 12 months ago using years of algorithms and research. Then it’s just so happened that LIV has burst onto the scene just as the changes come to fruition.

But regardless, the new formula is still completely bizarre. The whole ethos is that it’s harder to beat 155 guys than say 49 guys, regardless of where they are in the rankings. But you’re telling me if you’re World No 50, it’s easier to beat the top 30 guys in the world compared to the 100 guys behind you?

You can listen to George and Alex debate the Official World Golf Rankings some more – along with many other hot topics – on The Slam podcast. Click the button below, or tune in on your favourite pod platform. Remember to let us know how you feel on the matter by tweeting us @NCG_com.

CLICK HERE TO LISTEN TO THE LATEST EPISODE OF THE SLAM

The post Have the OWGR got it wrong with their new system? appeared first on National Club Golfer.

Have the OWGR got it wrong with their new system?