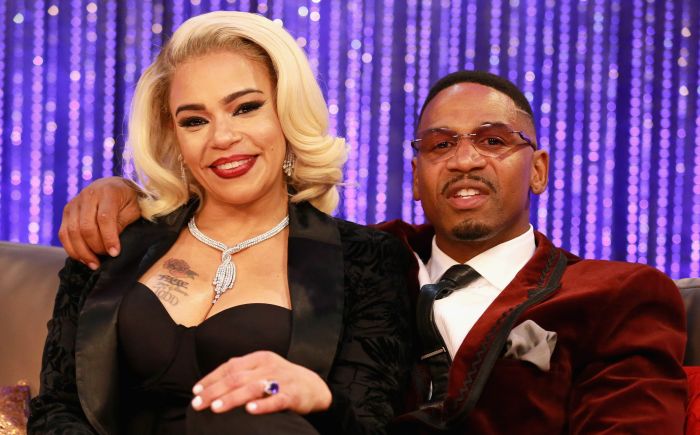 He Did WHAT? Messiest Reactions To Stevie J (Reportedly) Requesting Spousal Support From Faith Evans

That sound you hear is Stevie J and Faith Evans’ divorce swerving into messville after the hitmaker-turned-reality star reportedly requested spousal support from his estranged wife of 3 years.

According to legal documents obtained by The Blast, Steebie requested Evans pay spousal support amid their ongoing divorce case.

If approved, Evans would be ordered to pay a monthly fee to the hitmaking producer and she wouldn’t be able to collect a dime from any of the money either. The divorce docs don’t mention a prenup, which is odd considering both stars have amassed big fortunes from their music careers.

Stevie claimed in the docs that they had been “separated since Oct. 19, 2021, citing “irreconcilable differences” as the cause of their split and asked the court to “terminate” Faith’s ability to be awarded spousal support.

This comes just weeks after the dysfunctional couple seemingly enjoyed each other on a sun-splashed fun day at the beach.

A few days later, Stevie could be seen berating Faith for allegedly creeping on him in an uncomfortably toxic video that leaked onto social media.

Stevie J., determined to get answers out of his wife, continued pressing Faith about the alleged cheating and seemingly accused Faith of sleeping with men in their home.

When asked if she was “happy” about it, Faith simply replied, “Mmm-hmm.”

“Please leave me alone, I hate you!” says Faith.

“I hate you too,” says Stevie. “All I did was love you, how could you do that to me?” Stevie later adds while Faith implores him to take his hands off of her.

How do you think this messy saga ends? Tell us down below and peep the messiest reactions to Stevie J requesting spousal support from Faith Evans on the flip.

He Did WHAT? Messiest Reactions To Stevie J (Reportedly) Requesting Spousal Support From Faith Evans