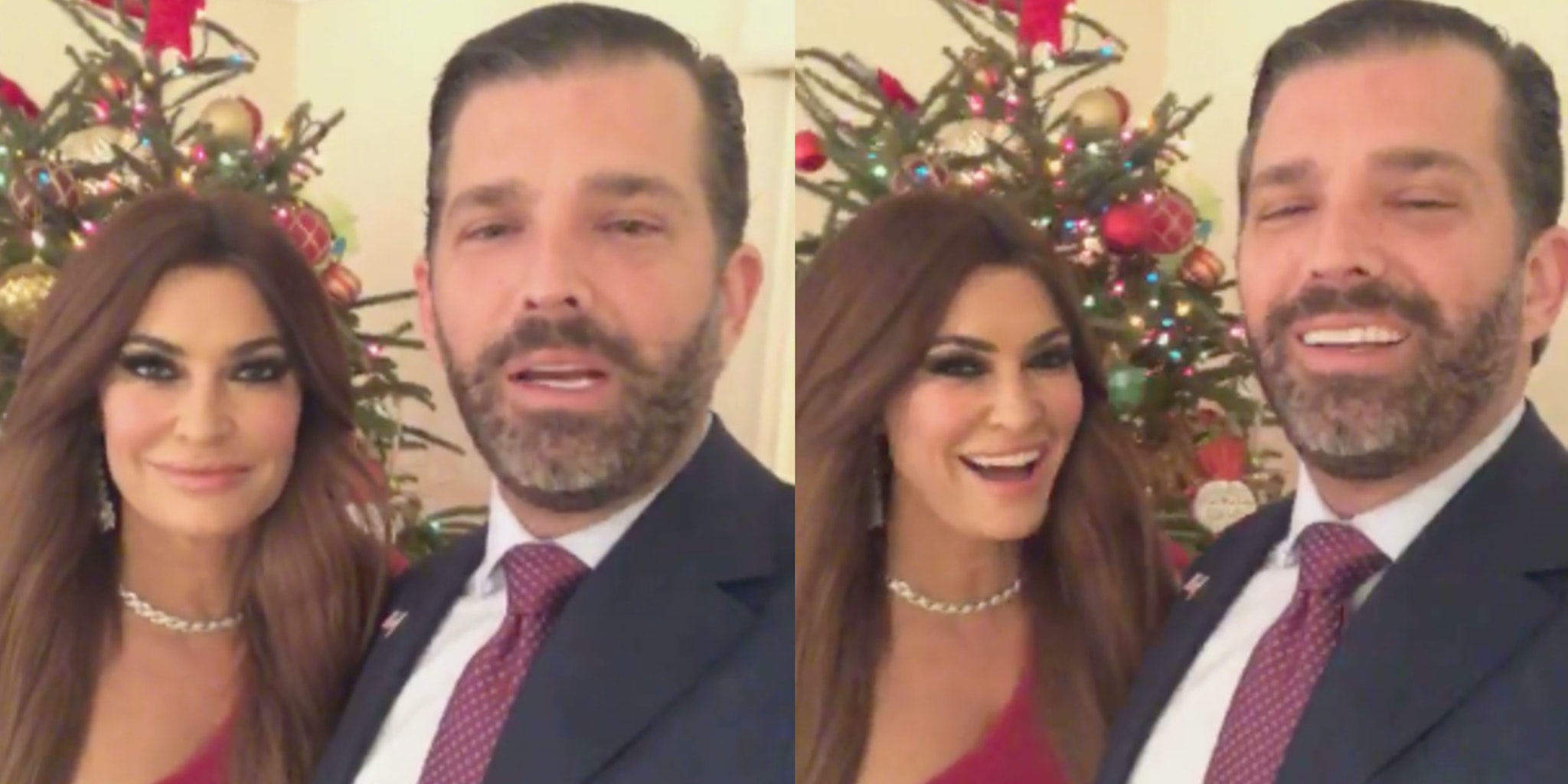 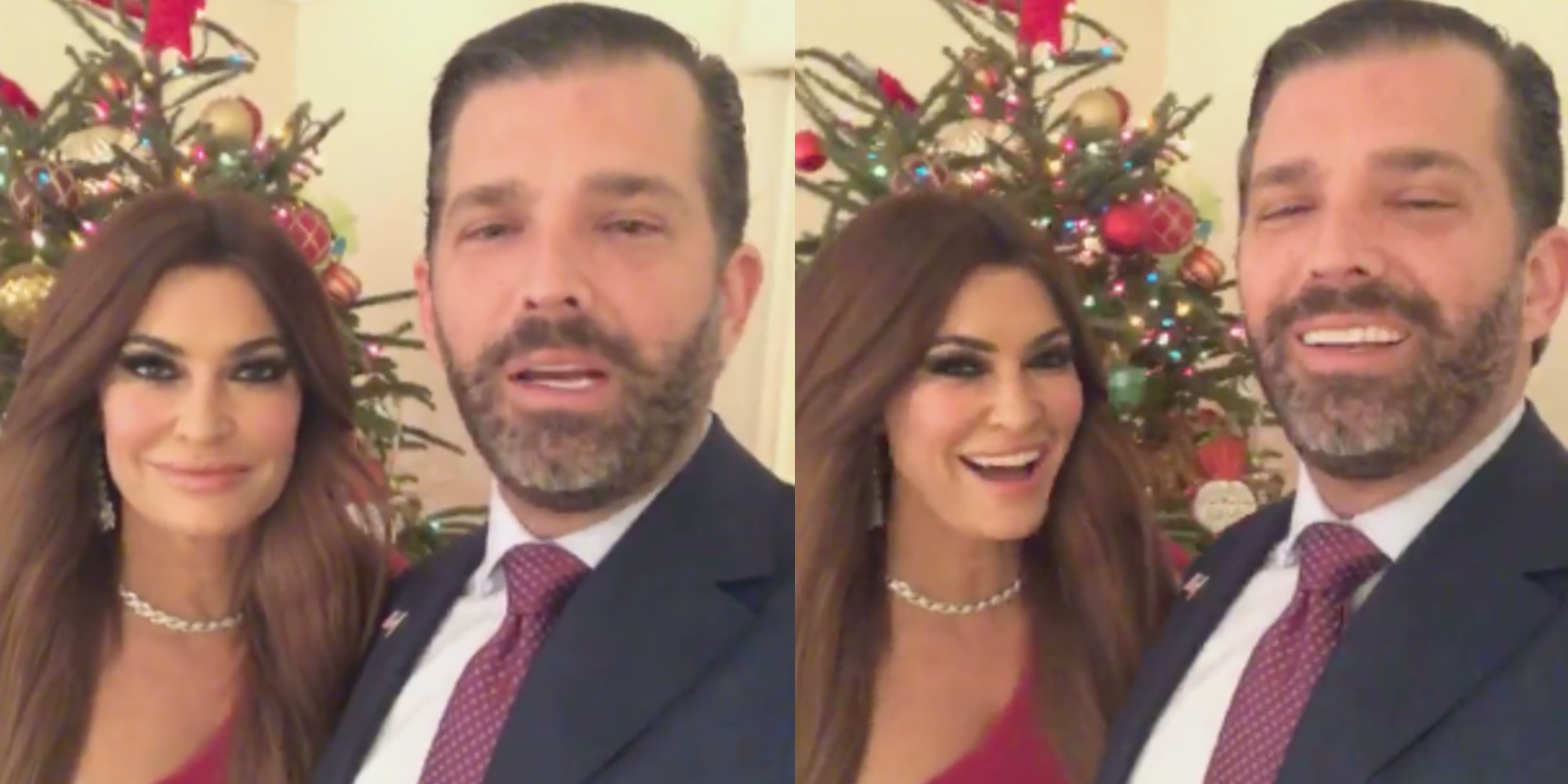 Donald Trump Jr. has been increasingly posting selfie-style videos to social media. While he usually appears alone, Trump Jr.'s girlfriend Kimberly Guilfoyle accompanied him in his latest one.

And after watching it, people online really think she shouldn’t have.

Trump Jr. and Guilfoyle went live on Facebook to wish viewers a Merry Christmas before thanking "servicemen and women of our armed services," veterans, law enforcement, and first responders.

Then, Trump Jr. gives his thanks for Guilfoyle—well, kind of.

"I’m reasonably thankful for Kimberly. Maybe not so much. ... I’ve managed to maintain a very low bar with Kimberly. I don’t want her to get too big an ego, accustomed to kindness,” he says. "I want to keep her tough."

A clip of the Christmas video has been circulating on social media since it was posted Friday.

While some are calling the video "tone deaf" as the couple fails to mention those on the frontlines in the fight against the coronavirus and the more than 330,000 lives lost to the virus in the U.S., many are caught up on how Trump Jr. treats Guilfoyle in it. Viewers are speculating that he intentionally set out to hurt Guilfoyle's feelings and humiliate her. "Did he just insult her to her face?" one questioned.

"He just humiliated her on social media," another said.

Others are calling his behavior "abusive." "I’ve dated someone who talked to me like that," one spectator said. "The way he talks to her and belittles her is unacceptable and dangerous."

And as with almost any video of Trump Jr., there are the usual accusations of the president’s son being on drugs.