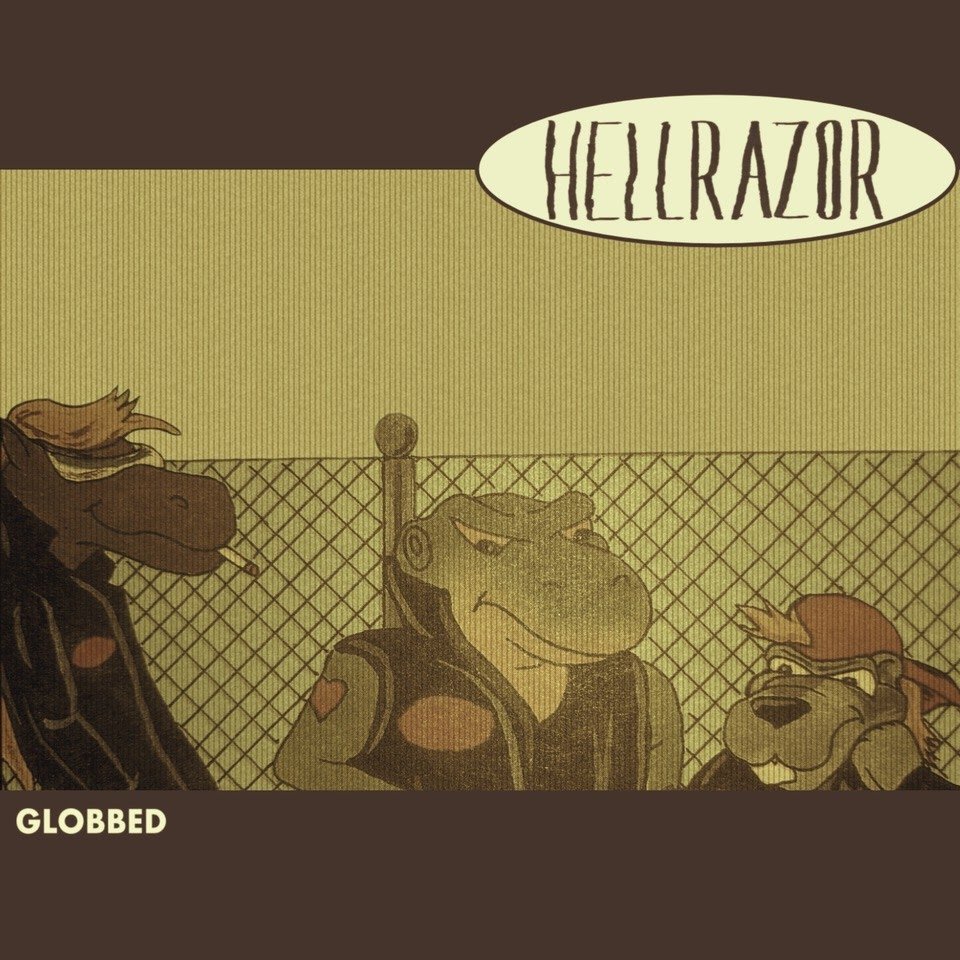 It’s hard to believe that five years have passed since Hellrazor released their last full length, Satan Smiles, but then again, it’s been an eventful few years. Having shared “Landscaper” back in 2019, the Brooklyn via New Haven based trio are set to return with the release of their next record, Heaven’s Gate, next Spring, but the time has come to get “Globbed.” The band’s latest single is here and it’s once again proof that Michael Falcone (ex-Speedy Ortiz, Ovlov) and co. have a better understanding of big, punchy, grunge-tinged alternative rock than most. Hellrazor’s latest line-up of Falcone, Kate Meizner (The Glow, Jobber) and Michael Henss (HEELE), channel everything from bubblegum punk hooks to lo-fi crunch to create something that’s uncompromisingly anthemic while retaining its own warped grittiness.

“Globbed,” recorded together with Michael J. Thomas III (Ovlov, Maneka) at Black Lodge Studio in Brooklyn comes packed with hooks at every turn, bursting in the hooks, the all too brief guitar solo, and the barn-burning refrain. The song is pummeling in a “good times” kind of way, vibrant and catchy, agitated and distorted. The video, directed & edited by Jayson Munro and KhakiVision, features the band draped in cloaks and sunglasses, an air of mystery to their sinister attire performing amid a collection of the band’s own hand-pulled VHS clips, with choice infomercials, gymnastics, and well… a guy getting doused in chocolate, or what we certainly hope is chocolate.