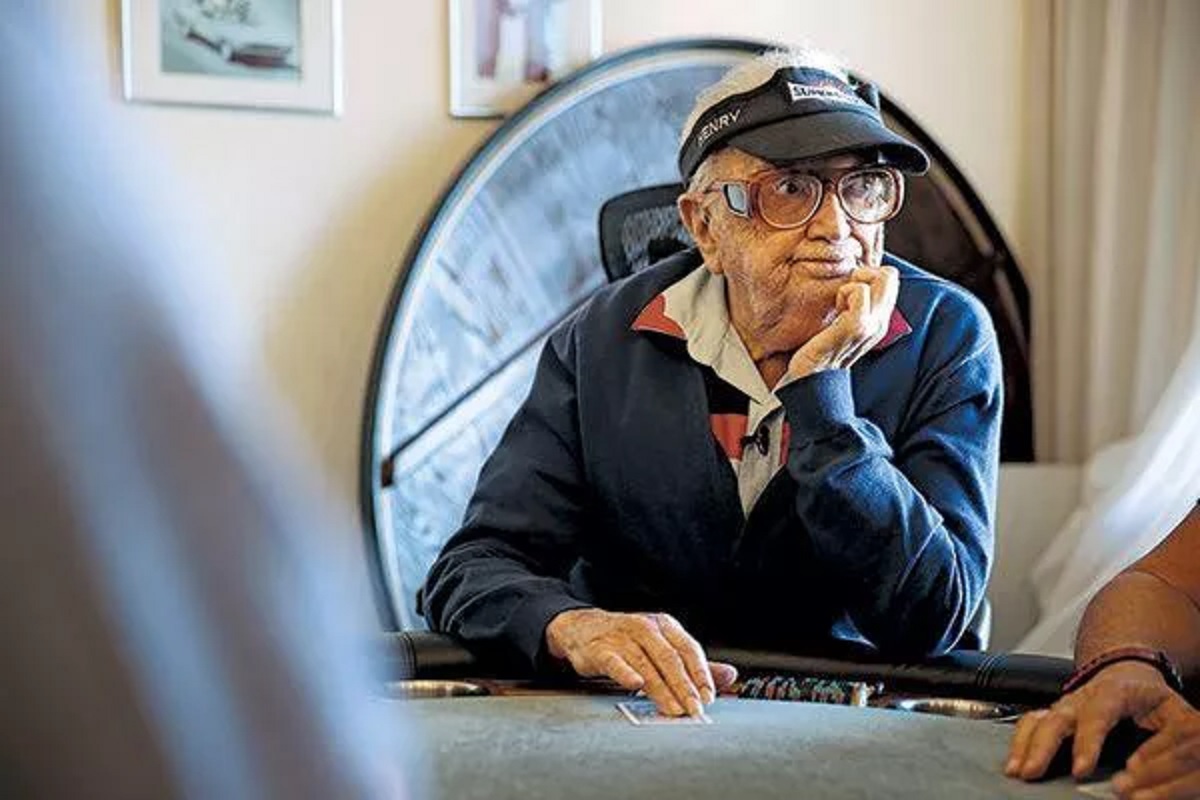 Henry Orenstein, the inventor who gave the world Transformers toys and televised poker, has died at age 98.

Orenstein revolutionized poker by devising the “hole card cam,” which allowed a television audience to see players’ face-down cards. His invention turned the game into a viable spectator sport and sparked the poker boom of the mid-2000s.

He was himself a poker champion, winning a World Series of Poker bracelet in 7-card stud.

With Transformers, he created one of the most popular toy lines of the 1980s, which later launched a blockbuster movie franchise.

Orenstein was born in Hrubieszów in southeastern Poland in 1923. He was a Holocaust survivor whose parents were murdered by the Nazis.

He and his brothers were deported to the Majdanek concentration camp on the outskirts of Lublin, and then to the Płaszów camp outside Krakow, under notorious sadistic war criminal Amon Goeth. Finally, he was transferred to the Ravensbrück camp in Germany, which was liberated by the Red Army in April 1945.

Approximately 7,500 Jews lived in Hrubieszów in 1939. Orenstein and his two brothers were among an estimated 140 from the town to survive the Holocaust.

Orenstein attributed his survival, in part, to telling his captors, falsely, that he had trained as a scientist.

Incredibly, this allowed him to enroll in a delusionary Nazi scheme to save the German war effort by using Jewish scientists and engineers to create a gas that would paralyze enemy tanks and aircraft.

According to Orenstein’s 1987 book, I Shall Survive, the scheme was a sham. It was largely composed of prisoners without these skills who were simply gambling the war would end before the SS found them out.

Orenstein also realized the German “professors” overseeing it kept it going because it prevented them from being drafted into the army to fight on the Russian front.

Orenstein arrived in America in 1947 with little to his name and found a job working at the Libby’s canned food factory in Upstate New York. One day, he saw a doll in a department store window on sale for $29.95.

Convinced he could make toys of similar quality at a much cheaper price, he became a toy manufacturer, creating popular 1950s doll “Betty the Beautiful Bride.”

In less than a year, he sold 1.5 million of these dolls.

At the time of his death, Orenstein had over 100 patents to his name.

Prior to his invention of the hole card cam, watching poker was like watching paint dry. Unless a pot went to showdown, the audience wouldn’t get to see any cards the players were holding. This made following the action impossible.

In the late 1990s, Orenstein created a new kind of table with glass windows at each position and a camera underneath that could read the previously hidden cards.

NBC Sports President of Programming Jon Miller once said that Orenstein was “single-handedly responsible for the success of poker today.”

He was inducted into the Poker Hall of Fame in 2008.