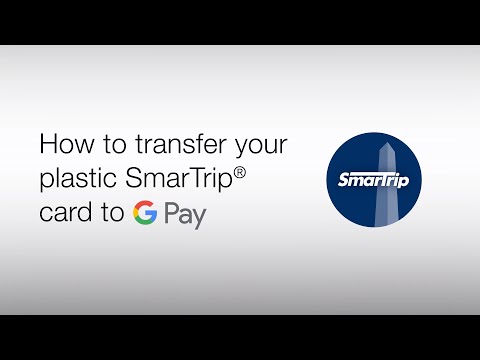 The Tech Behind is a series in which we explore the technology that powers notable D.C. institutions. Have an idea for our next edition? Tell us.

Add another pocket to your digital wallet: Metro cards have officially gone virtual for Android users.

Last week, Cubic Transportation Systems, Washington Metropolitan Area Transit Authority (WMATA) and NXP Semiconductors announced that Android users can now use a SmarTrip card attached to their phones on trains or buses within the DMV. Instead of waiting in line to fill up a SmarTrip card, riders can reload funds from their phone, and just need to hold their device up to the reader at the gate. It expands a service first made available to iPhone users last fall.

To learn more about what goes into this transportation innovation, Technical.ly spoke with Paul Monk. He is the senior product director for Cubic who’s held “pretty much every engineering role” in the company, and has been working on this technology since the early 2000s. Monk said that the new SmarTrip technology for Androids is based on the same fundamental principles used in digital payment options like Google Pay, where a card is digitized within a device and then presented to readers.

The advantage, Monk said, is that it allows Cubic to update the content to those devices, so it knows when top-ups happen and takes out the need to wait in line at a machine.

“This has been a long gestation period, as people really start to see the benefits and ecosystem come together. The main benefit for the passenger is: I don’t need to have something additional, something physical that I have to obtain, that I have to carry,” Monk told Technical.ly. “It’s there and available to me and then increasingly it is about providing that convenience, especially to customers who may only be in town for a short period of time, where I may not want the relationship [with WMATA].”

Monk said Cubic partnered with Google to get the initiative off the ground. For its digital payment options, Google uses NXP’s Mifare2Go services to support a microprocessor functionality called DESFire, which Cubic uses for its services. Google, Monk said, effectively manages that experience, which also can incorporate other Google features such as maps, while Cubic hosts a companion app that lets users manage the cards, payment options and see travel and purchase history, plus real-time transit info. Cubic and Google have already enabled this technology in San Francisco, Chicago and Los Angeles, as well.

For Apple users, Monk said it’s the same NXP technology “under the hood,” but Cubic instead interacts directly with the iPhone systems.

As an agency, Monk said Cubic wants residents and travelers to make the best of all transportation assets in the city, be it sidewalks or cycling or roads. For those visiting from out of town or only staying for a short period who hope to use public transportation, the whole traveling experience becomes more uniform with the digital cards. He added that a mobile device with the app, which can hold multiple cards, knows when someone has landed in D.C., and it can potentially prompt a traveler to get a digital card to get wherever they’re going, and make public transportation more appealing by removing the confusion.

“[The virtual card] provides all those nudges to passengers to pull me towards public transport, and then it acts as almost like an anchor, like a beachhead, to start looking at other services,” Monk said.

Plus, making everything mobile prevents the experience of, say, digging through coats, bags and the sofa cushions in an attempt to find a SmarTrip card. Monk hopes this can be yet another reason people turn to public transportation as more and more people get vaccinated.

“We see it as part of a pretty multi-pronged attack to helping get people back to work, back to public transport,” Monk said. “Because it’s what we need as a country to to really get people moving again. It’s anything that can make people’s lives easier.”