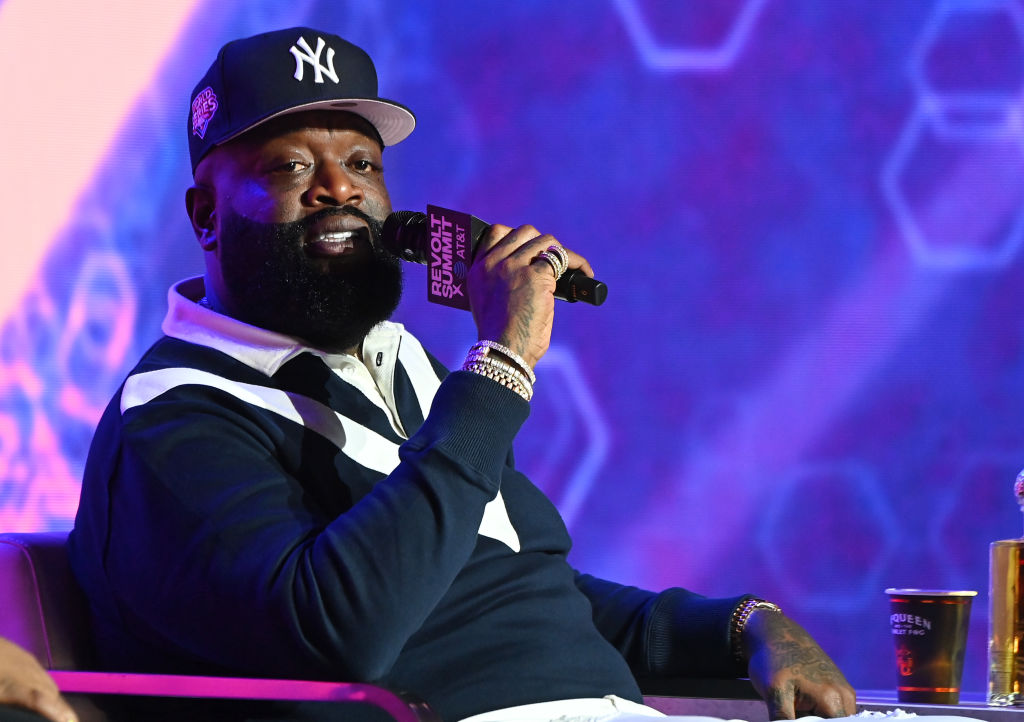 The ladies are enamored with Rick Ross.

Even though Rozay is very clearly happy in his current relationship with model Hamisa Mobetto, one intense fan took it upon herself to propose to the rapper and businessman. Ross was performing over the weekend when a starry-eyed stan offered him a ring, told him she loves him, and proposed marriage. Witnesses were taken aback at the daring move and Ross even captioned the video on Instagram: “Did she ask me to marry her?”

Needless to say, social media was pretty entertained by the woman’s affections — entertainers like Lil Mama, City Girls’ Yung Miami, and more hit up The Shade Room’s comment section to provide their initial reactions. Watch the hilarious clip below…

As we mentioned earlier, Rick Ross has a lady right now and he’s gone on record to say how much he admires her. While hitting up The Lil Ommy Podcast, Ross said of his girl, Hamisa

“I have to be honest, there is a connection… there is. How much I’ma tell you about it? I’ma leave that to her,” he stated, before adding: “So, I want you to make sure you do an interview with her. She is such a beautiful person, beautiful spirit, and she is a huge entrepreneur and I want to help her take it to the next level because she’s doing a great job.”

Welp as far as Rozay’s smitten fan goes, we guess you miss 100% of the shots you don’t take… but sis had to know she was doing a lot.