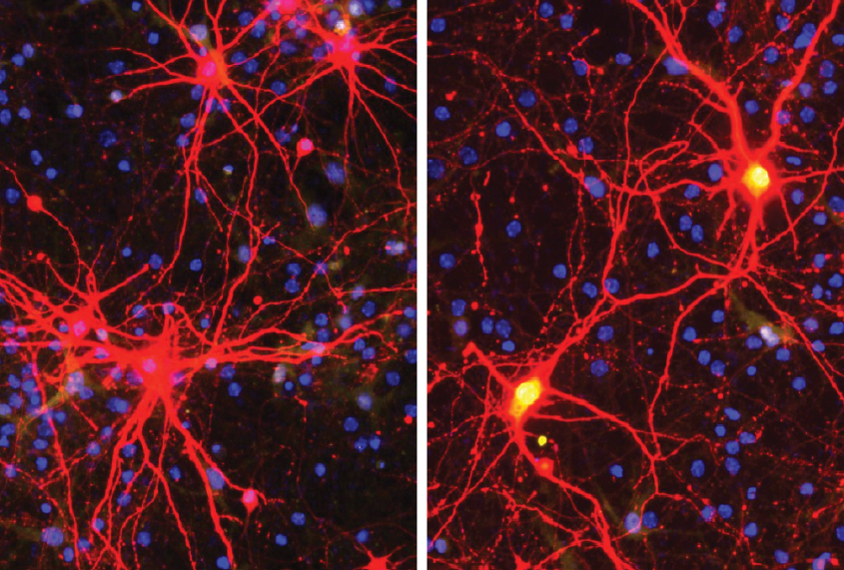 Despite a global pandemic and lockdowns that temporarily stymied research, autism scientists made significant progress in many areas in 2020 — from improving the diversity of people represented in their research to testing the mettle of gene therapies for several autism-related conditions. Some teams found new ways to parse autistic people into meaningful subgroups, and others delineated some of the neural circuits underlying autism-related behaviors. And advances in genetics reignited the debate about whether there is such a thing as an ‘autism gene.’

Here are the Spectrum team’s top picks for the year’s hottest topics in autism research.

Though autism is an extremely diverse condition, the datasets used to study it have been less so. Researchers have been working to include autistic people of different genders, ages, races and abilities in their studies for some time. This year, many of those efforts came to fruition.

To analyze sex differences, one team of geneticists amassed a large cohort of autistic men and women, finding that the condition may originate in a different set of mutations in women than it does in men. Other researchers examined the neurobiological underpinnings of social behavior in autistic girls for the first time. They found that, unlike boys with autism, girls with the condition have strong neural responses to social stimuli in their reward systems — in some cases, even stronger than in girls without autism. After recruiting a large number of girls, another group found that the brain appears to develop differently in girls and boys with autism.

That same group also found novel ways to image the brains of autistic people with a low intelligence quotient (IQ) and severe traits. In doing so, they identified an autism subtype marked by an unusually large brain, challenging ideas about brain size in the condition. A genetic study that included autistic people with a broad range of IQs revealed that rare mutations in autism genes are more common among people with lower IQs than among those with higher ones. And the first study to image the brains of minimally verbal autistic people found that they have trouble differentiating the sound of their names from other sounds, providing insights into their language development.

Researchers also genetically sequenced a new cohort of African children with autism and their families, conducted Greece’s first autism prevalence study and China’s largest to date, and delved into the diagnostic experiences of Black children with autism.

Investigations of adults with autism — another understudied group — showed that they may not experience the usual age-related declines in their ability to understand another person’s mental state and in the strength of connections across the brain’s visual regions.

Researchers say that diversifying the people included in autism research will lead to a fuller and more accurate picture of the condition.

Several studies this year illustrated the promise of gene therapies aimed at activating, silencing or repairing the genes underlying a number of autism-related conditions — especially when the therapy can be administered early in life.

One such treatment for Angelman syndrome showed promise in embryonic and newborn mice. A team of researchers used the gene-editing tool CRISPR to boost expression of the Angelman gene UBE3A, successfully preventing the mice from developing traits associated with the condition.

Whether or not such a treatment would work for people with Angelman syndrome remains to be seen. A clinical trial this year tested a different approach for boosting UBE3A expression using short pieces of RNA, but the trial was halted after two participants developed temporary weakness in their legs and lost the ability to walk. The team plans to test a different dose, as the side effects were possibly a localized reaction related to the dosage.

Other teams made progress this year on additional gene therapies for Angelman syndrome and other autism-related conditions. One group showed that correcting mutations in SHANK3, a gene associated with Phelan-McDermid syndrome, can diminish autism-like behavior in mice. And researchers testing a drug for Dravet syndrome found that boosting expression of the gene SCN1A can limit deadly seizures in a mouse model of the condition. A clinical trial involving children with the syndrome is underway to evaluate the safety of that drug.

Autistic people vary tremendously in their traits, and this heterogeneity has made the condition notoriously difficult to study. This year, researchers took steps to identify more homogenous subgroups of people with autism based on their clinical features and molecular data.

One study uncovered a distinct profile of blood lipids, such as cholesterol and triglycerides, in about 7 percent of autistic people in the United States. Other subtypes may reflect molecular signatures in the brain, according to other work. And a study of twins showed that autistic people have increased rates of neurological issues such as headaches and epilepsy, but not gastrointestinal issues or infectious diseases, pointing to potential autism subtypes that involve the central nervous system exclusively.

An unpublished analysis of genetic sequences from families in China supports the idea that there are genetic subtypes of autism associated with specific traits. The results were presented at the 2020 meeting of the International Society for Autism Research, which was held virtually because of the coronavirus pandemic. Another presentation suggested that autistic people can be grouped by the severity of their sensory behaviors.

Additional teams are using machine learning to identify factors that contribute to autism, and to group autistic people according to behavioral profiles. To this end, researchers are developing tools to identify social profiles in autistic people, to help determine the best ways to support them in the clinic and in the community.

The various genetic and environmental factors associated with autism are thought to act mainly on a small number of neural circuits, or groups of interconnected neurons that underpin specific behaviors. This year, several teams worked to dissect the neural circuits that control social behaviors. This line of inquiry has revealed how mutations in autism-linked genes alter these circuits and contribute to social problems in mice.

Other groups have traced connections between these ‘social brain’ circuits and the cerebellum, a region best known for its role in movement but increasingly implicated in social and cognitive function. And some scientists have teased apart how certain autism-linked genes influence the activity of these circuits and autism traits.

Finding ways to restore typical function to autism-related circuits might lead to new therapies for the condition. In 2020, one team created a new, minimally invasive method using optogenetics to manipulate circuits in the brains of mice and monkeys. Chemogenetic techniques also proved useful to dampen overactive circuits in a brain region called the hippocampus and ease social and spatial memory issues in mice that model 22q11.2 deletion syndrome, a rare autism-related condition.

Over the past decade, scientists have identified hundreds of genes that, when mutated, can increase a person’s chances of having autism. But several studies this year support the idea that few of these ‘autism’ genes are specific to autism.

Autistic people who carry rare, spontaneous mutations in these genes tend to have a lower intelligence quotient than people without such mutations, according to one study. And many of the genes mutated in autistic people are also mutated in people with other neurodevelopmental conditions, including intellectual disability, developmental delay and attention deficit hyperactivity disorder. Most people who carry a mutation in the autism-linked gene DDX3X, for example, have intellectual disability.

Part of the overlap may stem from inconsistent or inaccurate diagnoses: Doctors often struggle to discriminate autism from intellectual disability or other related conditions. For instance, one popular autism screening tool misses most toddlers with autism but instead flags most children who actually have intellectual disability. A new test battery that reliably measures the cognitive abilities of people with intellectual disability may help to resolve this diagnostic dilemma.

One team made inroads into predicting the effects of mutations in the autism-related gene FMR1. Among boys who carry mutations in this gene, those with autism have about half as much FMRP — the protein encoded by FMR1— as those without autism; and those with severe intellectual disability have even lower levels of the protein.

Whether or not someone has autism or a related condition may also reflect a different type of genetic factor — inherited variants. A study of families in Sweden lent support to the idea this year by showing that autism alone is more heritable than autism with intellectual disability. Another 2020 study identified two regions of the genome in particular that seem to harbor inherited variants linked to autism.