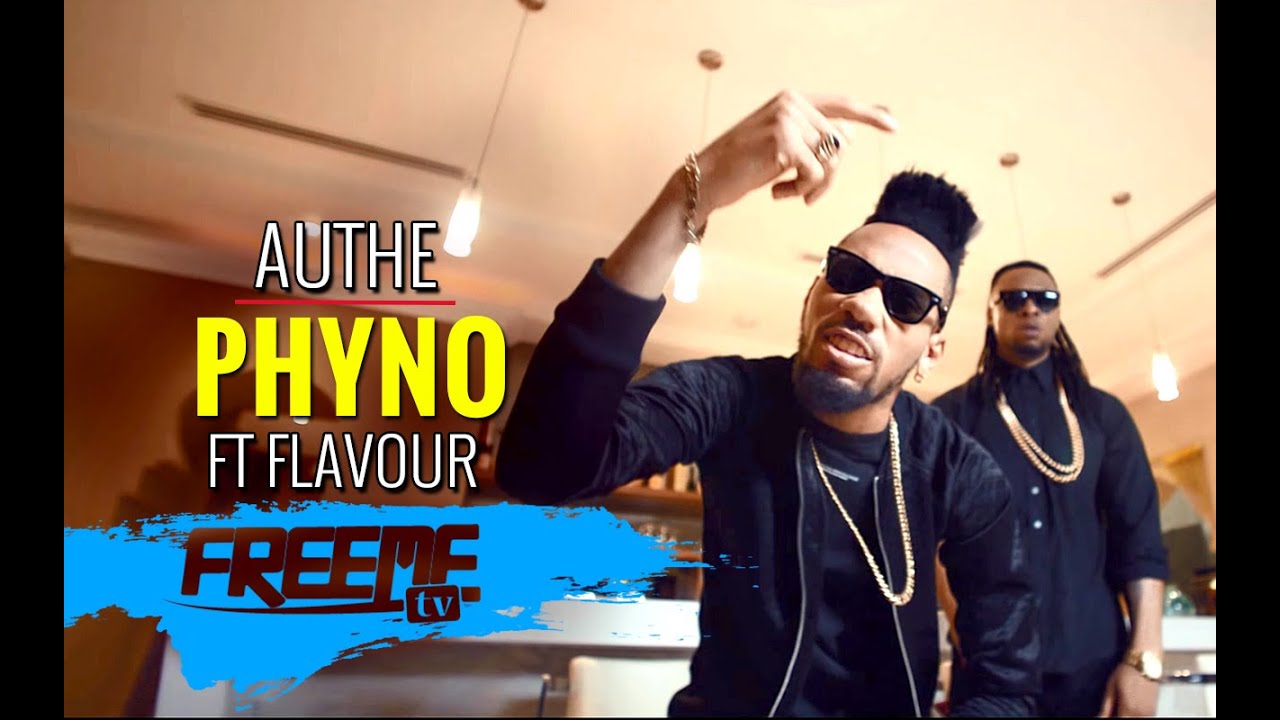 Their dynamism made highlife music popular again with young people

Screenshot of YouTube video by FreeMe TV of Phyno featuring Flavour in the song “Authe”.

By the 1990s, highlife music had been firmly entrenched in the Igbo culture. It appealed to a specific audience, mostly middle-aged Igbos, who had grown up with it. Consequently, it was the de facto genre that was played during ceremonies like funerals, traditional marriages, and the rite of title taking.

But it had less significance for urbanized Igbos, who were already exposed to different genres of music like hip-hop, R&B, blues and pop. Similarly, highlife was not the common music played at nightclubs for young people. This decline was due to what music scholar Oghenemudiakevwe Igbi described as “the advent of the disco invasion” in urban parts of Nigeria.

Consequently, Igbo highlife was on the decline because Fela's Afrobeats had taken centre stage in Nigeria's music scene. But these young musicians – Flavour and Phyno – pioneered its revival to match the dynamism and acculturated tastes of 21st century Nigerians. 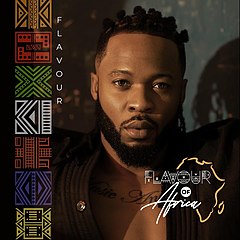 Album cover of Flavour of Africa. Image by Flavour (Chinedu Okoli) or the graphic artist via Wikimedia Commons. (Fair Use)

The revival of Igbo highlife began in the early 2000s with multi-talented Chinedu Izuchukwu Okoli, known professionally as Flavour N’Abania. Born in Enugu in southeastern Nigeria, this young drummer in an Evangelical Church, caught the attention of one of Nigeria’s recording companies, the Soundcity Musical Group. For about 11 years, Flavour mastered playing the drum, guitar, and piano and did a bit of singing. His musical training with Soundcity also exposed him to different genres, which eventually precipitated his epiphany into Igbo highlife music.

His first hit track “N’abania” (“This night”) released in 2005 gained him local popularity in Enugu. However, it was “Nwa Baby” and “Adamma” from his 2010 album “Uplifted” that shot him into the national limelight. “Nwa Baby” gained popularity because of its rhythmic dancehall beats. The sexually explicit lyrics captured the mood in nightclubs.

“Adamma” is an exquisite highlife song of a man praising the ravishing beauty of his wife (named Adamma), whom he holds in unparalleled admiration.

Do follow me, follow me, come and see my wife/ She’s a beautiful baby, Adamma/ She the way she’s looking so simple/ Original woman, she’s an African baby, Adamma/ She’s too fine, she’s too fine chai [exclamation]/ Her beauty can start a quarrel/ My baby is like tomato from Jos [the country’s freshest tomato are grown in Jos, north-central Nigeria]/ She’s too simple, she’s too humble/ This child showers just for the fun of it/ Adamma you are my choice

Flavour, also called “Ijele Africa” by his numerous fans, pioneered the incorporation of the pop element into highlife. It was evident that his soukous highlife, a form of Congolese dance music, appealed to the youth, and was a constant hit in many nightclubs. Nigeria has a teeming youth population, with over 33.6 million or about 17 percent of Nigeria’s estimated 200 million people. With that demography, any song that appeals to young Nigerians instantly becomes a hit.

Before Flavour took centre stage, the most popular songs in Nigeria were western hip-hop songs. He broke the mould of highlife being a song associated with the old and at the service of traditional ceremonies. Flavour revolutionized highlife by adapting it for dancing in nightclubs and parties. He moved highlife from a narrow ethnic following to national acceptance. Before 2000, you could hardly hear Igbo words in Nigerian pop music. With Flavour and others that came later, pop music in Nigeria is now littered with Igbo words like Omalicha (most beautiful), ego (money), nwa (babe) or odogwu (great man).

Yet, Flavour retained many elements of Igbo highlife like the deep cultural roots that revolve around Igbo identity, as can be seen in his song “Igbo Amaka” (“Igbo is beautiful”). In this song, he not only praises his Igbo identity but also carries on in the footsteps of his forebears like Oliver de Coque, who employed their music to praise the rich and powerful. Furthermore, some of his songs like “Golibe” (Rejoice), “Nnekata” (Just look at) and “Ada Ada,” are about dating and courtship preceding marriage. In “Ada Ada,” he amplified the beauty of the bride and her apprehension on the morning of the traditional marriage ceremony.

A highly dexterous artist, Flavour's creative genius is not confined to highlife alone. Collaborating with Nigerian rapper Jude Abaga, known professionally as M.I, Flavour integrated rap into highlife in the song “African Rapper Number 1.” This was a huge innovation in Igbo highlife. In addition, Flavour is a gospel singer, always employing highlife as the means to an end. Some of his gospel songs include “Keneya” (“Thank him”), “Most High,” “No One Like You,” and “Chimamanda” (“My God never falls”). 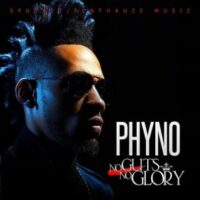 This is the cover art for Phyno's debut studio album, “No Guts Not Glory”. Image by Sputnet Records and Penthauze Music via Wikimedia Commons (Fair use),

Phyno (born as Chibuzor Azubuike Nelson) is an Igbo rapper who successfully fused hip-hop and pop into highlife with finesse. Hip-hop was very dominant in Nigeria in the 90s and early 2000s. By incorporating highlife and hip-hop, Phyno’s music transcended ethnic confines, propelling him into global relevance. In fact, he did this seamlessly in one of his songs “Ma Chi,”(By God) a song about the sacrifice a lover is ready to make for his beloved.

One characteristic of his songs is the use of popular slang in his highlife music. Thus breaking away from traditional highlife lyrics. Though very popular in eastern Nigeria, Phyno, also called Ezege by his fans, also appeals to other parts of Nigeria. In his first album “No Guts, No Glory,” the song “Nme Nme” (Occasion) is recognizably highlife but with a hip-hop tinge. His second album “The Playmaker” has several songs of the hip-hop highlife blend like “Pino-Pino,” “So Far, So Good,” “Fada, Fada” (Father, Father) and “Ino Mma.” (You are good).

Flavour and Phyno's rise to prominence was based on their exceptional fusion of highlife into contemporary music. Both have frequently collaborated to produce songs like “Vibe,” “Authe” and “Chop Life.” They have equally featured in songs like “Culture,” “Egedege,” and “Ikepentecost,” with other Nigerian artists.