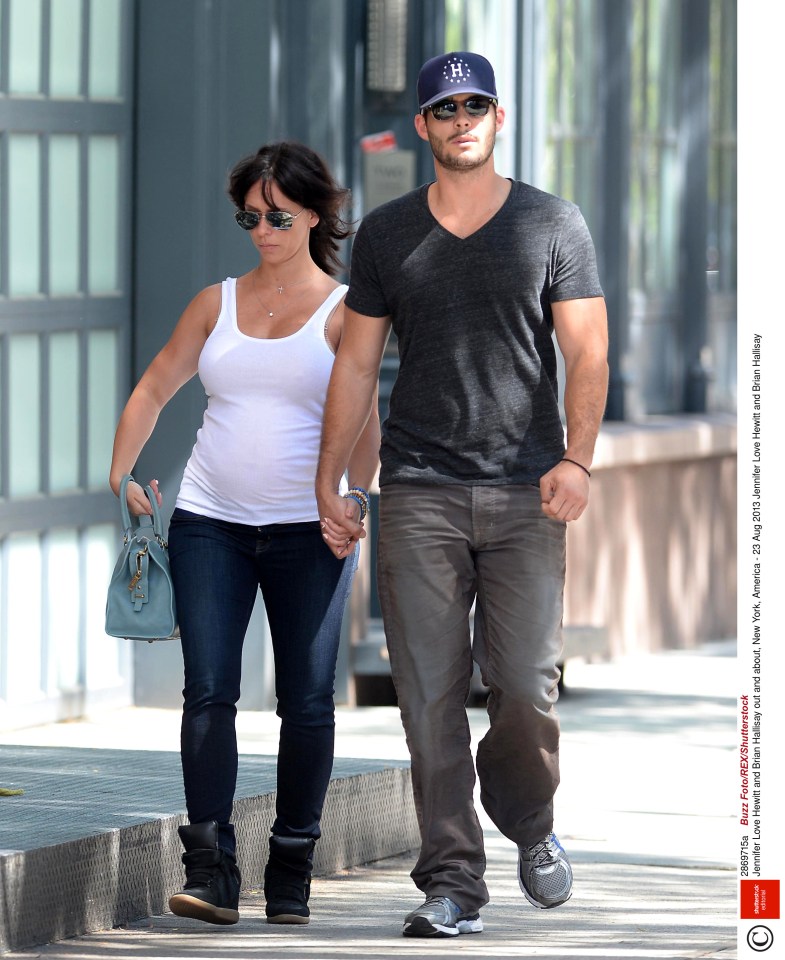 JENNIFER Love Hewitt has starred in films such as I Know What You Did Last Summer and Can’t Hardly Wait.

Hewitt, who is married to fellow actor Brian Hallisay, has been a mother since November of 2013.

As of now, Hewitt has two kids with her husband Brian since their marriage in 2013.

Hewitt and Hallisay were married in November in 2013 and had their daughter, Autumn, the same month.

When their daughter was two, in 2015, the married couple welcomed their second child, their son Atticus in June.

Hewitt announced on Tuesday, May 18 that she was pregnant with her third child. She announced the news via an Instagram post of her holding up a positive pregnancy test.

Hewitt has spoken glowingly of her time as a mother, telling People, “I feel like we’ve been able to so far raise two really special kids who will be great role models.”

Hewitt revealed she decided to take a pregnancy test after five year old son made a suggestion.

“One night, my kids and I were laying in bed watching TV and a Clearblue commercial came on television. My son out of nowhere was like, ‘Hey Mommy, you should order one of those in case there’s a baby in your belly.'”

Sure enough, Hewitt decided to take the test on a whim and ended up finding out she was pregnant.

Three kids will probably be all of Hewitt she says as, “I don’t think I could do another one. I think five is a great number.”

Hewitt also said that her last pregnancies went well, and she was very lucky to have her husband Brian with her.

“You would never know if he was panicked, or worried or stressed or anything — he’s just really good,” she said, “The only thing about him and labor that really makes me laugh is that he eats a lot of snacks.”

While Hewitt is definitely quite excited, the same can definitely be said for the rest of her family; Brian, Autumn and Atticus.

Most read in Pregnancies

I gave birth to my baby while asleep, I woke up & she was lying there next to me

Hewitt currently play Maddie on Fox’s 9-1-1, which was recently renewed for another season.