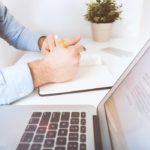 How Middle Managers Can Survive In Toxic Organizations

If you trust the various employee engagement surveys that are published each year, you could make a reasonable assumption that the majority of workplaces are in a pretty dysfunctional state.  It’s also quite likely that you might pin the blame on middle managers, who often seem to be the scourge for all seasons.

Alas, as new research reminds us, middle managers can also be just as much victims of such toxic workplaces as the rest of us.  The research highlights the three main approaches someone can take when confronted with a toxic workplace:

Of course, none of these strategies are without risk.  The first two require a degree of job mobility, while the third has a range of psychological complications.  The research looked at the situation in a consulting firm, where employees were quizzed to understand their experience with “diminishment”, which is described as a specific and consistent form of toxicity, whereby the CEO and their senior leaders make people feel small, both as people and as workers.

The exploration of how people responded to such abuse yielded a number of interesting insights.  Firstly, it emerged that middle managers, such as the vice presidents of the various business groups or managers of divisions within those groups, would often juggle between various competing interests in order to protect themselves, their teams, and the work that they do.

These behaviors would often involve certain routines that attempted to balance these interests with the abuse experienced.  For instance, a common approach would be one of absorption, where middle leaders would act as the focal point of the abuse so as to protect their team from the attention of the CEO.  Whenever this tactic failed and the abuse trickled down, they would try to support those affected.

This approach worked to an extent, but it obviously has limits, not least due to the resolve of the managers acting as the lightning rod for abuse.  During these times, the middle managers would adopt a strategy of dissemination, whereby they would attempt to align themselves with the CEO and therefore adding to the diminishment of their team.  This would generally be a result of a fundamental lack of energy to fight the situation, and also a desire to garner more resources for their team.  Suffice to say, it’s an approach that generally made the abuse worse over time.

A final approach was one of differentiation, whereby the middle managers would attempt to separate themselves from the senior leaders and develop an independent base of power through distinct clients and services. This approach appeared to have the best result in terms of protecting the team from abuse from above.

The effect of abuse

The research also highlighted the negative impact of this abuse on the behavior of middle managers and their teams.  The coping strategies deployed directly impacted the personal agency of people as they went about their work.  For instance, the absorption strategy helped to bond the teams together as team members, but the approach almost positioned the senior leader as the enemy.

By contrast, the dissemination strategy focused the attention on the stresses and anxieties of the senior leader, which narrowed the options in terms of personal agency.  When the stress and abuse was passed down, work was inevitably disrupted.

Lastly, the attention middle managers had to give to the social dynamics within the firm as a result of the toxic culture meant that they were able to devote less of themselves to their actual job.  Each of the strategies diminishes their effectiveness in some way, whether through forcing them to look out for themselves or their team rather than the entire firm, or through the buffeting becoming the lightning rod for abuse submits them to.

Unsurprisingly, at a firm level, this results in a reduction in collaboration and cooperation across the firm, as teams tend to look out for themselves first and foremost.  Indeed, the researchers revealed that company wide strategies tended to fail, due both to the toxic atmosphere the CEO had created, and their dominance of the leadership space.

The researchers believe their findings highlight the crucial role middle managers play in such toxic organizations, but this buffer should certainly not be taken for granted.  Indeed, a second study by Vanderbilt University suggests that when middle managers are subjected to abuse, they often tend to trickle that abuse down to their own teams.

“Middle managers’ treatment of employees reflects how bosses treat them,” the authors say.

The authors believe that middle managers tend to model their behavior on those above them in the organization, and so a bad role model tends to result in bad behavior from themselves.

“If an organization wishes to address issues related to line employees’ work attitudes, it should address behavior and work attitudes from the top down.” the paper says. “The focus should not just be on employees and their managers, but also on the signals being sent by senior managers every day as they interact with their middle-level manager subordinates.”

I wrote back in March about the importance of caring leadership during the COVID-19 pandemic.  If we’re looking for the “new normal” to be better than the pre-pandemic world, then this would be a good place to start.

The post How Middle Managers Can Survive In Toxic Organizations first appeared on The Horizons Tracker.

How Middle Managers Can Survive In Toxic Organizations