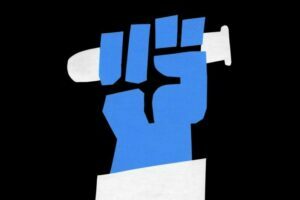 How Public Health Took Part in Its Own Downfall

From The Atlantic: “There was a time, at the start of the 20th century, when the field of public health was stronger and more ambitious. A mixed group of physicians, scientists, industrialists, and social activists all saw themselves ‘as part of this giant social-reform effort that was going to transform the health of the nation,’ David Rosner, a public-health historian at Columbia University, told me. They were united by a simple yet radical notion: that some people were more susceptible to disease because of social problems. And they worked to address those foundational ills—dilapidated neighborhoods, crowded housing, unsafe working conditions, poor sanitation—with a ‘moral certainty regarding the need to act,’ Rosner and his colleagues wrote in a 2010 paper.

A century and a half later, public health has succeeded marvelously by some measures, lengthening life spans and bringing many diseases to heel. But when the coronavirus pandemic reached the United States, it found a public-health system in disrepair. That system, with its overstretched staff, meager budgets, crumbling buildings, and archaic equipment, could barely cope with sickness as usual, let alone with a new, fast-spreading virus.

By one telling, public health was a victim of its own success, its value shrouded by the complacency of good health. By a different account, the competing field of medicine actively suppressed public health, which threatened the financial model of treating illness in (insured) individuals. But these underdog narratives don’t capture the full story of how public health’s strength faded. In fact, ‘public health has actively participated in its own marginalization,’ Daniel Goldberg, a historian of medicine at the University of Colorado, told me. As the 20th century progressed, the field moved away from the idea that social reforms were a necessary part of preventing disease and willingly silenced its own political voice. By swimming along with the changing currents of American ideology, it drowned many of the qualities that made it most effective.”

How Public Health Took Part in Its Own Downfall