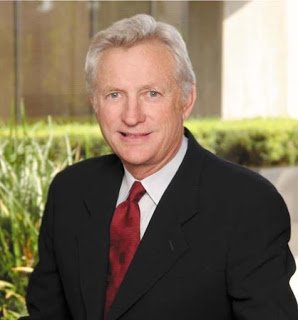 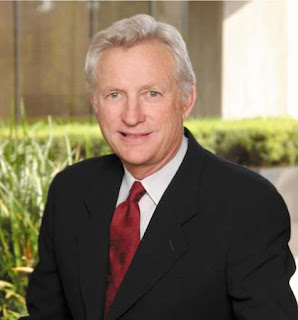 The Commercial Real Estate Industry lost a lion this week. Bill Lee passed away peacefully on April 5, 2021 surrounded by family. We are deeply saddened by our loss but grateful that Bill suffers no more and is with the Lord. Many of you knew Bill, transacted deals with him, and had great respect for his prowess. In honor of the life Bill led and the impact he had on our business – I revived a column I wrote in 2019 in his honor. Rest well my friend!

I am penning this post from a palatial suite – not the font seat of my car, btw – at the Aria in Las Vegas. It’s early and I am one of the few that is witnessing the sunrise at the BEGINNING of my day. My company, Lee & Associates, journeys to Las Vegas each fall for our annual Summit. My thoughts drifted to a Summit past – the last one Bill Lee attended.

At that Summit – I re-connected with my old friend – Bill – hint, his name is on the front door. It was so great to see Bill and spend some time with him. Bill, unfortunately has been absent from recent Summits. I REALLY miss him. The cool thing is, it felt as though we talk weekly. He watches my TUESDAY Traffic Tips – my weekly video series – and complimented my work. Bill is LEGENDARY. But, how did he become a legend?

Bill observed a problem. Bill was the top guy at Grubb and Ellis before Nixon was a crook. He was/is the most competitive guy I’ve ever met. But, Bill realized that intra-office competition was wreaking havoc on the greater good of the office. Bill tells it like this. “I had a 30,000 sf listing. A guy (competitor) in the cube next to me had a 30,000 sf occupant requirement. I didn’t tell him about my listing because I didn’t want him to get part of the fee. The culture of the office dictated that approach.” Bill later realized that the “company” suffered and created a platform, that through profit sharing, rewards cooperation but still encourages competition. This was heady stuff, folks. Talk about disrupting the way in which commercial real estate is brokered. WOW!

Bill had the courage to change. Great, there was a problem. Now, Bill had to convince some fellow brokers that CHANGE was the key to their collective future. Getting brokers to change ANYTHING is tantamount to separating conjoined twins. But, Bill, ever the persuader, convinced a small band of brothers to follow him into the cooperative abyss. John Matus, John Sullivan, Mel Koich, Larry O’Brien, John Vogt, Tom Casey, Dennis Highland, Len Santoro, Bart Pitzer, and Bill’s college friend, Al Fabiano heeded the siren call and left the building.

Bill had a tireless vision. One of the other old timers and I were marveling at how those eleven guys, in an executive suite in El Toro, California, created a company that now boasts 65 global offices, close to 1200 agents, Billions in revenue, an International presence, coast to coast visibility, and the BEST place in the world to transact commercial real estate. Period! I asked Bill if he ever, in his wildest dreams, believed the company would someday be this big. He looked at me rather puzzled and said, “of course! Once we got your Orange, California office opened, I knew we were on our way to becoming an international company.” Tireless vision!

Bill got out of the way. At a point, Bill realized that for Lee & Associates to grow, he needed to step away and let the eaglet fly. Knowing Bill, as I do, this was warranted but was the toughest thing for him to accomplish.

Bill along with Craig Coppola, a recent William J. Lee lifetime achievement winner, have authored a book entitled Chasing Excellence, Real Life Stories from the Streets. It is available on line and in book stores.

So, want to become a LEGEND? Just do those four things. Simple, right?


Allen C. Buchanan, SIOR, is a principal with Lee & Associates Commercial Real Estate Services in Orange. He can be reached at abuchanan@lee-associates.com or 714.564.7104. His website is allencbuchanan.blogspot.com.