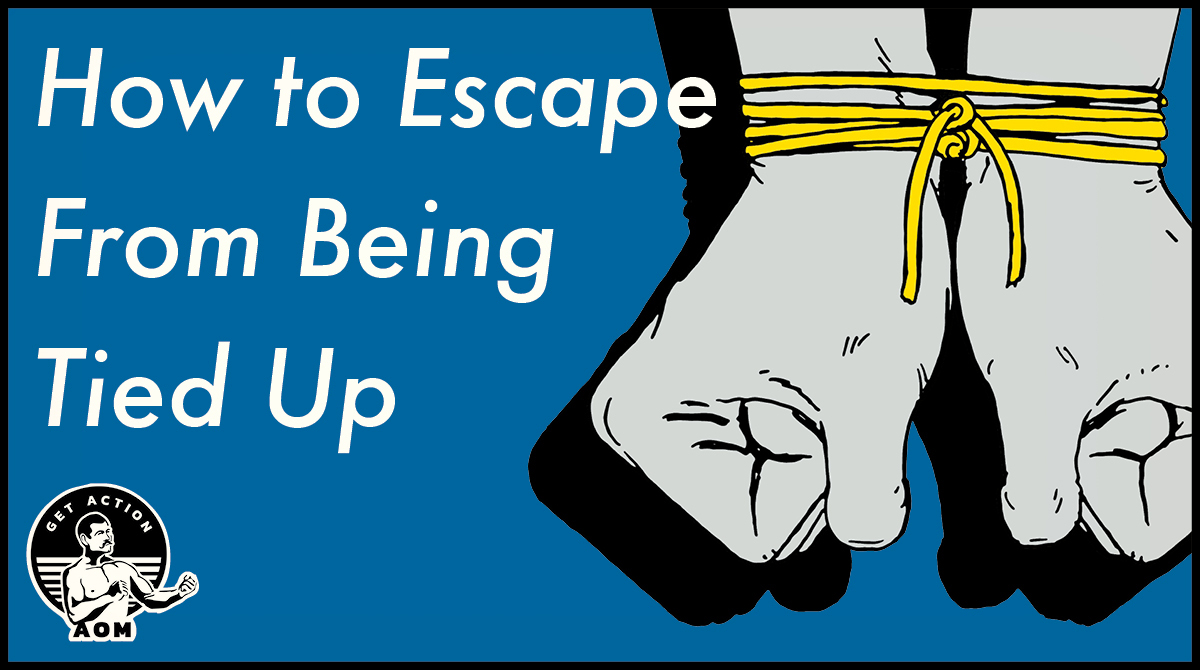 How to Escape From Being Tied Up

It’s a trope of many an action film: at some point the hero will end up trussed with rope, and will have to escape from this bondage in order to stop the villain’s devious plans at the last possible moment.

But getting tied up can happen in real-life kidnapping/abduction/hostage-taking scenarios too. And there are some real techniques you can employ to escape these restraints. We unpack them below. 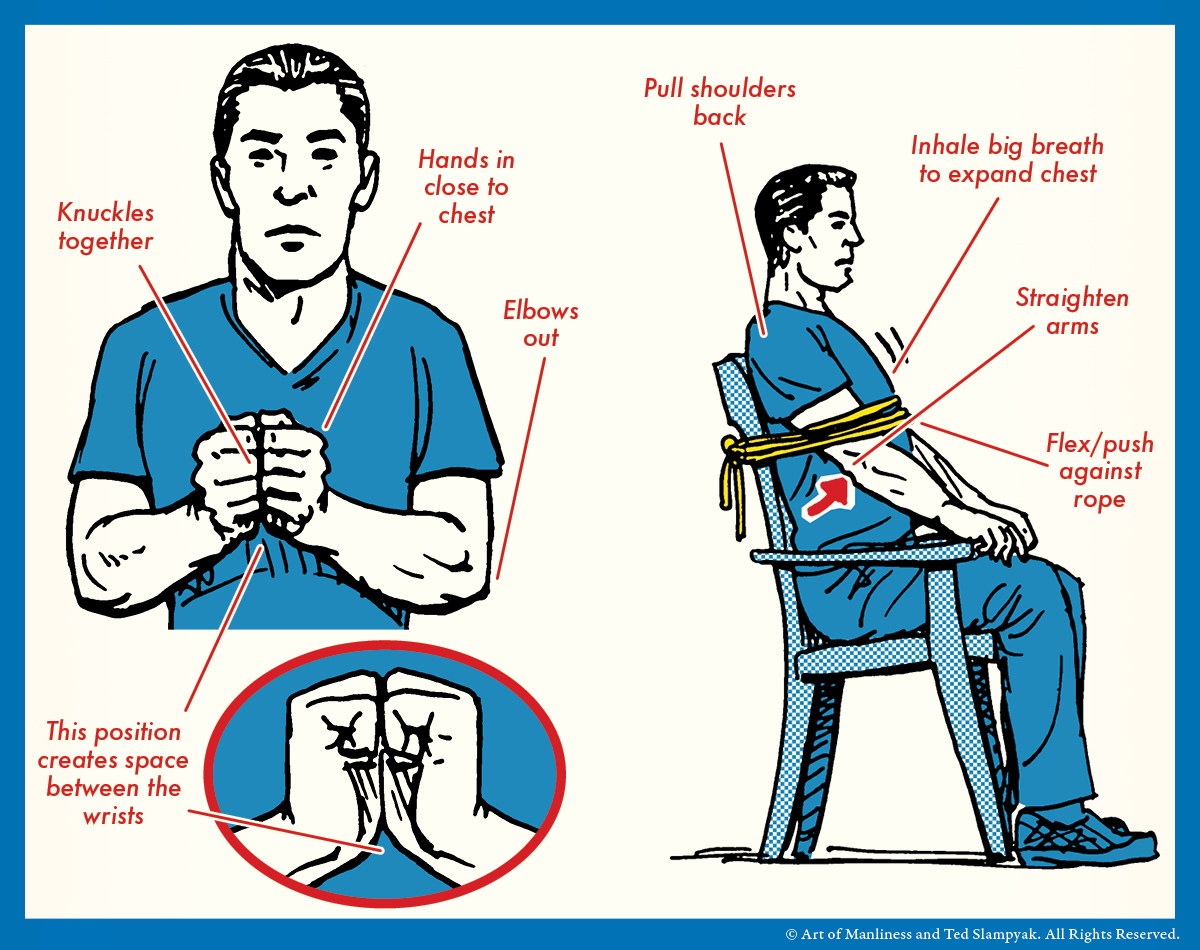 Increasing your chances of escape begins before the rope is cinched and the knots are tied. By positioning your body in certain ways, you’ll create more potential slack in the rope, which will make it easier to wriggle out of. While acting as if you are passive and compliant with your captor, you’ll actually be intentionally presenting your body in a way that makes his restraints less effective.

When you present your hands as shown above, space is created between the wrists. Once you’re left by yourself, and bring your elbows back together, there will be slack in the rope that will help you wriggle your hands out of it.

Likewise, if you’re being tied to a chair, make your body bigger by pulling your shoulders back, expanding your chest, straightening your arms, and pushing and flexing against the rope. Once your captors leave you alone, and you collapse your body back in, you’ll find yourself with slack in the rope, making it easier to escape from. If you’re tied around a pole by your chest and ankles, brace your knees and the toes of your shoes together, to create this space/slack in your lower body. 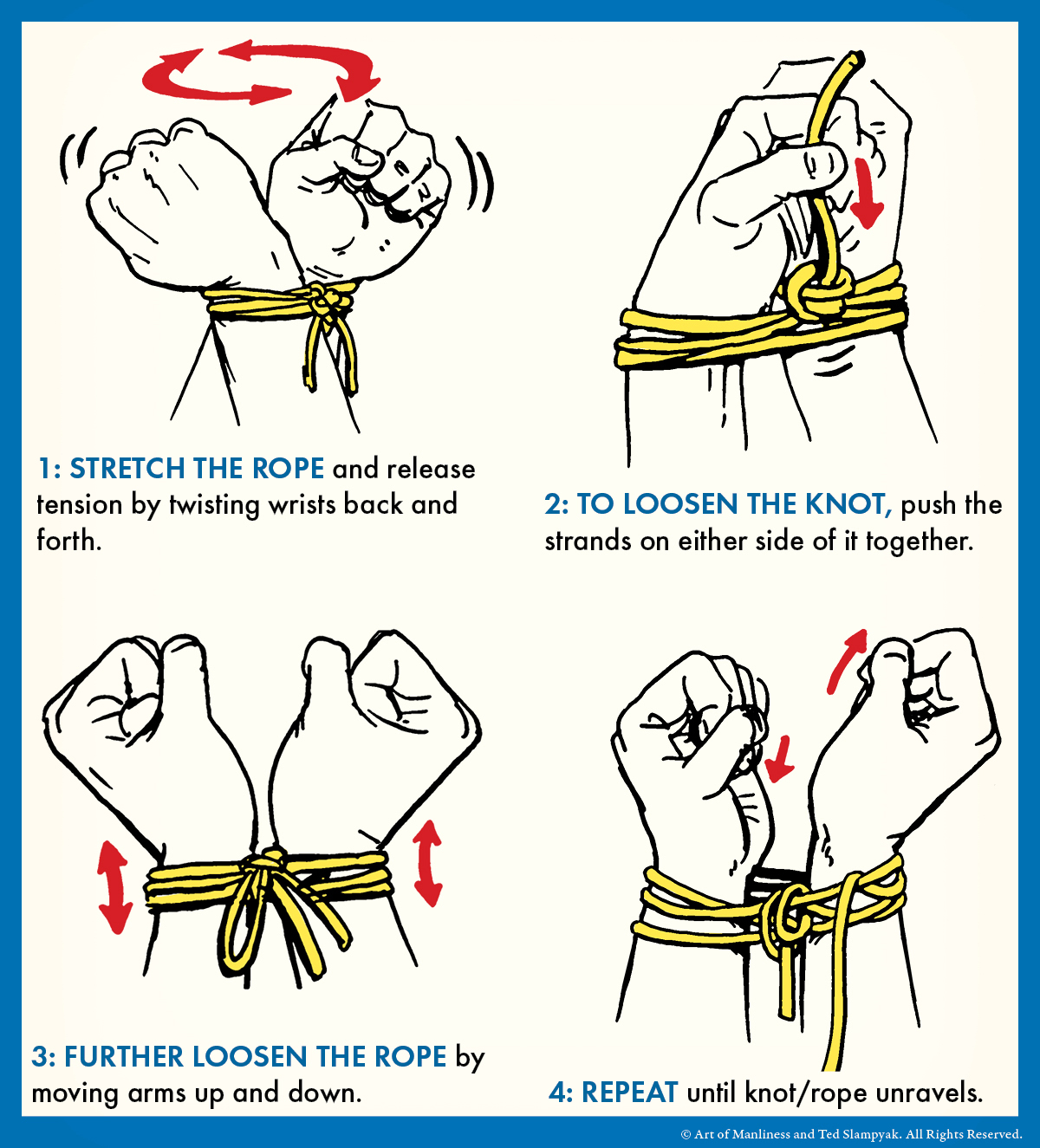 By making your body bigger, and putting extra slack in the rope, you may be able to wriggle out of it through sheer contortionism. But what if you find yourself in a position where the ropes are looser, but still secure? And what if your hands aren’t restrained in front of you? If your abductor isn’t a rank amateur (though many are), he’s likely to tie your hands behind your back.

If you’re not able to to unravel the rope using these tactics, try to sever it by rubbing it against a sharp object — the corner of a desk or wall, the strike-plate on a doorway, the razor blade you secreted in your shoe (you did remember to stash a razor blade in your shoe, didn’t you?!).

If you’ve been restrained with zip ties, rather than rope, here’s how to bust out of them.

The post How to Escape From Being Tied Up appeared first on The Art of Manliness.

How to Escape From Being Tied Up