Heavy is the head that wears the crown. Leadership can be a privilege, but it can also be a crippling burden.

One thing is certain – you can't stop taking charge.

I know what it's like. I've been a marine officer, a business owner, and a father. 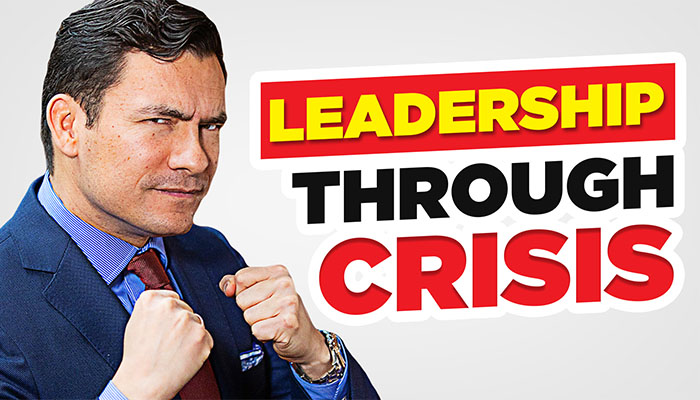 That's why I'm here to give you 20 proven tips on how to lead during a crisis.

1. Make The Right Decision, Not The Popular One

Let's pull an example from history; Alexander The Great.

In 326 BCE, the Macedonian conqueror marched his army west across the Gedrosian Desert. Needless to say, it wasn't pretty. Troops started dropping out in droves (12,000 according to some estimates). 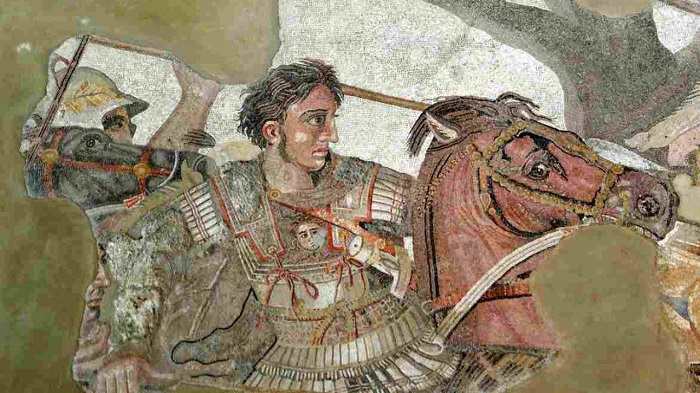 When they found an oasis, Alexander didn't allow his men to camp right next to the spring because they'd engorge themselves until they got sick. He made the unpopular decision of stationing his troops farther away. They had to travel for water, which meant that they drank at a healthier pace. That decision may well have saved the army.

Do you get the moral of the story? The best decisions are often the least liked.

Never ask others to do what you wouldn't do, plain and simple. You should be down in the trenches, so to speak.

Are you asking the team to come in on a Sunday? You should be the FIRST one in the office, and you should have coffee ready for everyone by the time they come in. 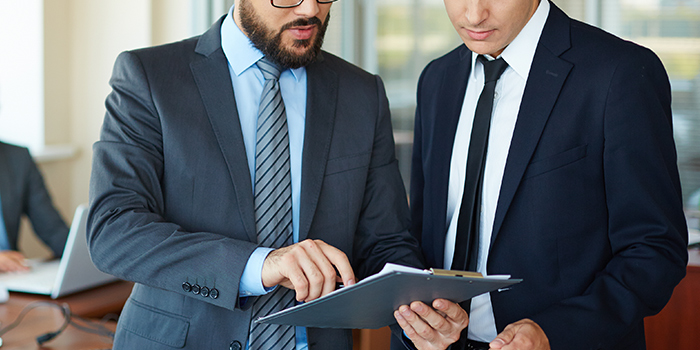 Be involved – lead the charge with your team.

You should have a working idea about the roles you expect people to play. Perhaps you aren't as skilled (that's why you hired them), but you understand the importance of those tasks – and you have systems in place to provide assistance where it's needed.

Click here to learn the leadership lessons I took from the marines.

3. Genuinely Give A Sh*t About People

Their lives, their safety, and their fears. Everyone is different, and each person's worries are legitimate – it doesn't matter how much they differ from your own. 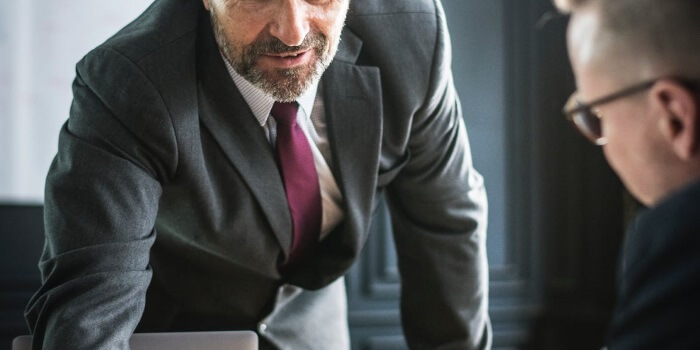 Always touch base with your family, friends, and business associates.

As cheesy as it sounds, your team is a family. As the head of that family, it's up to you to stand up for their interests as well as be in constant communication.

The lion is willing to die for his pride.

Nothing is more precious in business than clarity. A boat can't weather the storm if everyone's rowing in different directions. 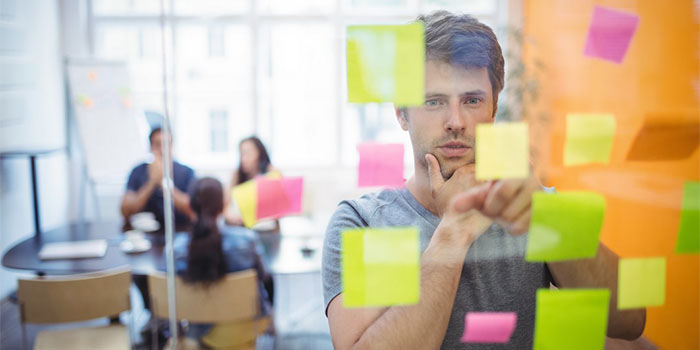 There's nothing more important than being on the same page.

As a leader, it's crucial that your team understand the mission – the purpose of the business.

Regardless of role, everyone should be privy to the big picture; the commander's intent if you will. It's incredibly easy for people to be distracted, so keep everyone's eyes forward.

As a leader, you're lonely. You can't confide in your employees – they have better things to do than to hear you complain. You can't complain to your wife because she won't relate.

Don't let the stress of being the boss get to you. Reach out and find your peers.

Reach out to fellow leaders and business owners and do some networking. You're all dealing with the same issues regardless of the charge. Having an understanding ear to vent to is a remarkable thing, trust me.

Humans are too optimistic about order.

There's so much in the world that is out of our control – the sooner you accept that the better off you'll be. The leader can't control the state of the economy or the public health, but what he CAN control is himself.

Don't lose your cool. Be calm in a crisis.

The leader takes a step back, closes his eyes, and breathes. He can plan and make the most out of disaster.

This is not the same as arrogance. A confident man knows his strengths, his weaknesses, and he plays to them.

There is nothing wrong with admitting weakness.

There's a sense of liberation when you know what you can leverage. Hone in on your talents and delegate your weaknesses to others who specialize in that field.

Confidence is a cornerstone of effective leadership.

8. Be Honest And Transparent

Gentlemen, this is simple – tell the truth and the whole truth. Don't leave anything out. In doing so, you aren't just hurting yourself – you're hurting your entire company. 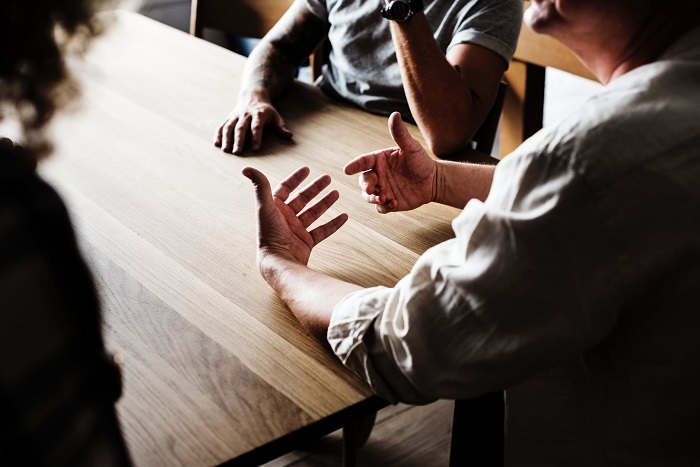 Records keep you appraised as to the triumphs and shortfalls between your team members.

My company uses a KPI (Key Performance Indicator) wherein each member records their daily progress. It's not a tool of surveillance, but one to promote efficiency.

Have a concrete method to track your company's progress.

It maintains transparency while allowing me to allocate assignments to those with the most bandwidth. It also allows us to zero in on the nonessentials and eliminate them.

If you don't have something like this in place, don't wait for the crisis to get worse – get started.

People want a swift end to bad situations, but a quick solution is seldom achieved.

It's up to the leader to identify and convey the reality of the crisis to his followers. You don't want to scare people, but you also need to be honest. 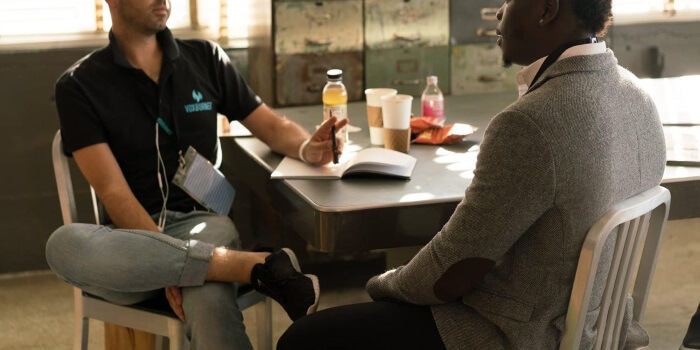 Don't be afraid to say “It will get worse before it gets better, but we'll tackle it together.”

It's tough, but it's helpful in the long run. You'll be worse off when trouble strikes and your team is rocked by an ambush.

Carl Von Clausewitz stated that “no plan survives contact with the enemy” in his book, On War. This has been true on the battlefield as well as the office. 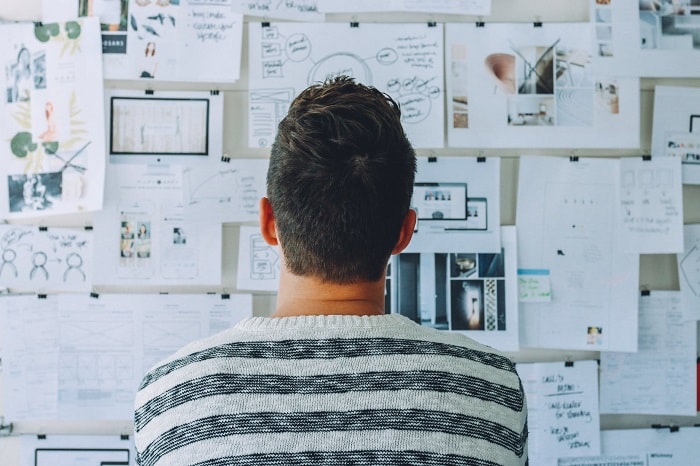 SOP's are made to serve you, not the other way around.

You may have SOP's (Standard Operating Procedures), but you can't always look to them when the crisis strikes. The solution to this is flexibility – your ability to ride the wave and adapt to new challenges.

It's a critical skill – practice it.

12. Surround Yourself With Elites

This requires a little ruthlessness on your part. It's an unfortunate fact of life that not everyone is fit for the job they're in. As a leader, you owe it to yourself to surround yourself with only those that bring the most to the table.

You deserve nothing short of a badass group of people.

This means relieving people who can't perform. I'm not saying to purge them immediately but after multiple opportunities? Yeah, they're not a good fit.

Who should you listen to? Failing to harness this essential skill has led to the fall of countless kings and generals.

Zero in on the experts – people trained and certified in the specific field you need information for. Their biggest downfall is that they often fail to comprehend the bigger picture, but that's your responsibility. 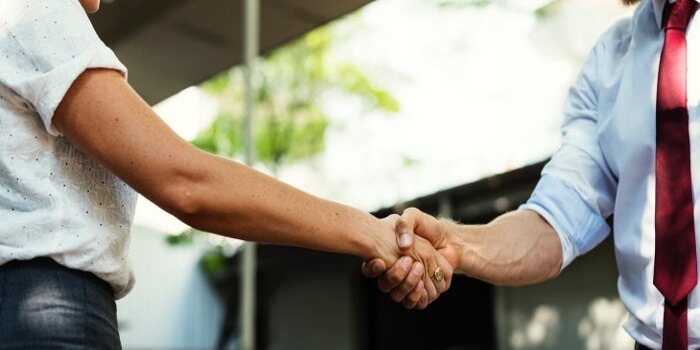 Avoid yes-men at all costs.

Never underestimate the value of an employee who says “no.” This demonstrates a rare skill – as somebody unintimidated by the boss, they won't hesitate to propose a better course of action.

A crisis isn't the time for anarchy, but it's time for a change. Too many CEOs and managers are enthralled by their SOP's to the point it's a liability.

Successful leaders are those who adapt.

You might have been the one to make the rules – but that doesn't matter. A good leader knows when it's time to kill their darlings.

Our adaptability is what makes us uniquely human – leverage that.

In a world where working from home is a norm, communication is crucial. When I say “over-communicate,” I mean not to be afraid to check in with your team several times over. Give feedback, ask for feedback, encourage them to do the same.

Better to over-communicate than be in the dark.

Remember, the worst that can happen is getting asked to ease up.

When in crisis mode, positivity is key. It invigorates people when tackling daily challenges. It heralds optimism to the company as a whole, making the crisis easier to bear.

You of all people can't afford to be an energy vampire – stay positive.

The wise leader does well to disperse this attitude among his employees – aside from being positive himself, of course.

This goes back to what I said about flexibility. Before a crisis strikes, take care to have backup plans.

There is no such thing as overplanning.

A good leader can adapt, but a great leader sees problems before they happen. Use that downtime to analyze the current SOP's and identify possible alternatives when the sh*t hits the fan.

Nothing kills a business – and empires for that matter – faster than a leader with a closed mind.

You're not being weak by considering new strategies – you're being smart.

There is a difference between sticking to your guns and being flat-out stubborn. A true gentleman (and leader) can entertain an idea without necessarily accepting it. Always be willing to hear new approaches and be up to date on the latest methods.

Your company will thank you.

Part of your job is to mold your herd into a pack of apex predators. General George S. Patton once said never to micromanage, but to let people surprise you with their results.

Good leaders inspire greatness in others.

Employees do not benefit from having their hands held, they benefit from making their own decisions, making mistakes, and learning from them. This will not only make the company better in the long run, but it'll also harden the team against hard times.

The Roman chronicler Virgil said it well. Gentlemen, the greatest men in history are remembered for the risks they took.

Many companies fail because leaders are unwilling to take risks.

Hannibal gambled when he crossed the Alps.

In these chaotic times, decisive leadership is more essential than ever. The best place to look is to the past – to what other great men have done and what they continue to do.

Get out there and take charge.

What are 5 essential leadership skills?

What is a good leader?

great leaders are those that help others reach goals. They aren't afraid to bring people in who might be better than them to reach those goals.

How do you lead by example?

Get your hands dirty, watch your mouth, never micromanage, respect others, and take responsibility for your actions.

The post How To Lead In A Time Of Crisis (20 Lessons I’ve Learnt) appeared first on Real Men Real Style.