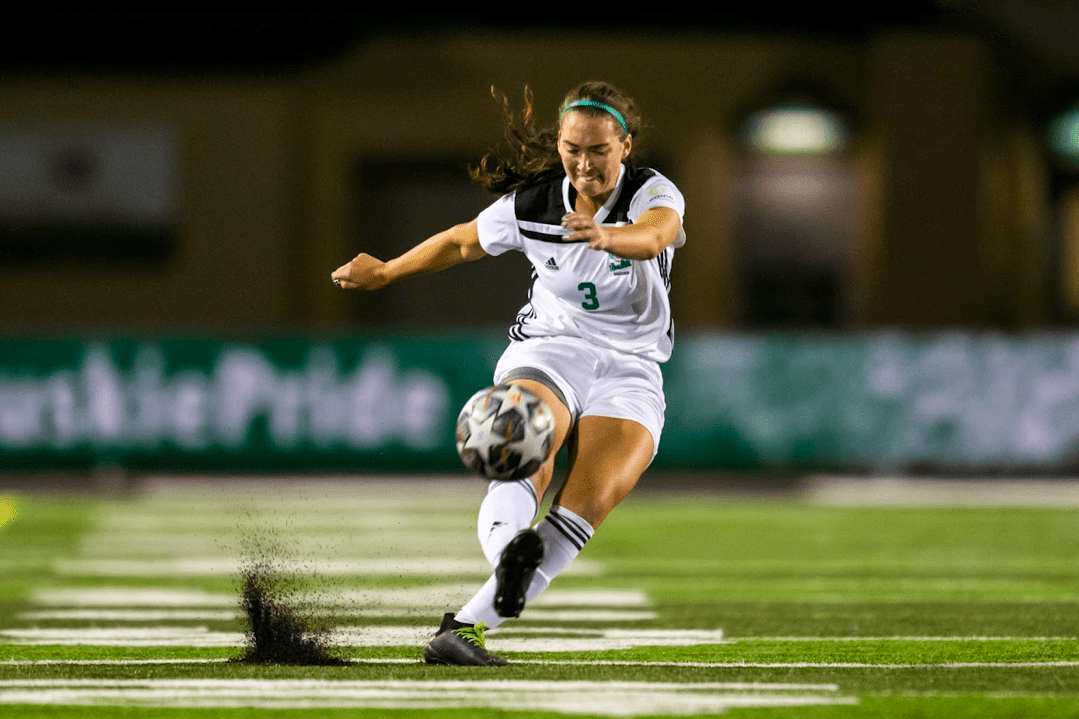 November is a busy time for university sports, featuring high stakes soccer, cross country and hockey events. Here are the latest updates on how the Huskies have been faring in these respective sports.

The Huskies women’s soccer season concluded after the team’s 2-0 loss to the MacEwan Griffins in the Canada West bronze medal match. The loss placed the team fourth in Canada West.

The Spartans, ranked first in Canada West, were able to defend their home pitch by securing a 1-0 victory. The Huskies struggled to generate chances, with only two shots on goal compared to the Spartans’ eight. Fifth-year goalkeeper Jadyn Steinhauer gave a valiant effort with seven saves, but Spartans’ forward Kathryn Harvey bested her once for the game-winning goal.

In the Canada West bronze medal match, the Huskies and Griffins found themselves in a deadlock after the first half, tied at 0-0. But a pair of goals in a five-minute span in the second half by the Griffins ended the Huskies season.

Though the Huskies will see five key fifth-year contributors graduate from the program, their future looks bright.

First-year forward Naleya Kobussen finished the season with four goals and two assists, while third-year midfielder Haley Mercier showed off her playmaking ability with five assists. First-year goalkeeper Hannah Lytle looks to take over net minding duties for 2022, as she recorded a 5-0 shutout in her sole game against Winnipeg this season.

The men’s and women’s cross country teams both competed in eight km long races in Quebec at the 2021 U SPORTS National Championship on Nov. 20.

The women’s team finished fifth ,with Kaitlyn Harrison placing fifth overall across all runners and earning a first Team All-Canadian distinction. This is the best finish for the group at nationals since 2011.

The men’s team finished 13th overall, led by third-year Anthony Antaya. This is the group’s highest finish at nationals since 2004.

The Huskies men’s hockey team has been performing phenomenally under head coach Mike Babcock, as they currently sport a 7-1 record and first place in Canada West.

The season has been filled with victories of all kinds, ranging from blowouts like the 6-0 and 9-3 wins against Trinity Western to nail biters like the 2-1 overtime win against Calgary.

First-year forward Zane Franklin leads the team in points with four goals and six assists. Another first-year, defenceman Connor Hobbs, follows closely with two goals and seven assists. The Huskies field a deep roster full of contributors, with 10 players currently having five points or more. Their offensive and defensive prowess is evident, as they currently have a league-best goal differential of +22, which is the difference between goals scored and goals allowed by a team.

Up next for the Huskies is a trip out west to B.C., where they’ll play the UBC Thunderbirds on Nov. 26 and 27.

The Huskies women’s hockey team currently has a 5-3 record, and put on a show recently with a three-game win streak and a commanding 8-1 victory against the Calgary Dinos on Nov. 20.

Goalies Camryn Drever and Colby Wilson have stepped into their roles seamlessly after veteran keeper Jessica Vance graduated. Vance holds the record for best career save percentage in Canada West history, and those big shoes have been filled so far by Drever and Wilson, who have a 0.944 and 0.981 save percentage respectively.

The Huskies look to climb the standings as they host the third-place UBC Thunderbirds for a pair of games at Merlis Belsher Place on Nov. 26 and 27.